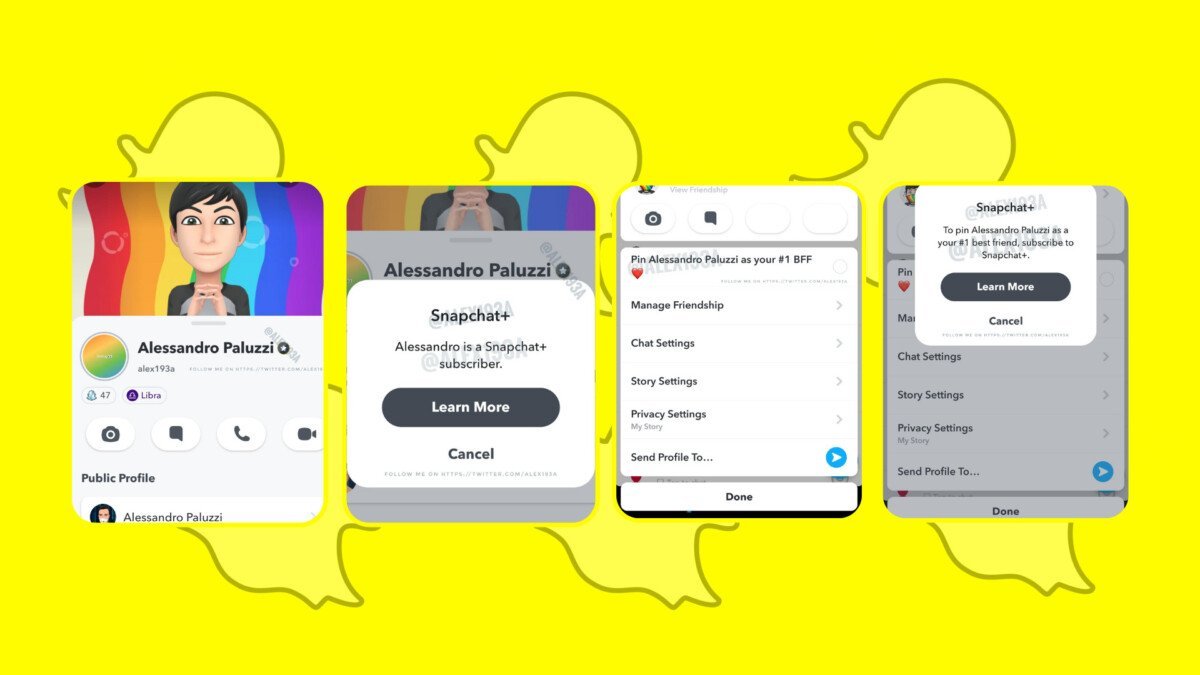 Snapchat is currently testing a new paid plan that would allow the company to renew its offer. This new subscription would bring exclusive additional features as well as early access to some.

After Twitter with his solutionTwitter Blue », now another social network is preparing to set up a subscription service allowing access to exclusive features. Snapchat is currently testing a new formula to offer some additional features as well as early access to others to its users.

Internal testing has already started for this new Snapchat service. This subscription granting access to functionalities, sometimes even experimental, would constitute the near future of the firm to the ghost. The information comes from the developer Alessandro Paluzzi who was able to post several screenshots on Twitter showing what this new subscription would look like.

#Snapchat is working on a subscription plan called Snapchat+ 👀

ℹ️ Snapchat+ gives you access to exclusive, experimental and pre-release features such as the ability to pin 📌 the conversation with your Best Friend, the access to custom Snapchat icons, a special badge, etc… pic.twitter.com/VrMbyFlFvI

The information has since been confirmed by Snapchat spokeswoman Liz Markman, who told The Verge that the company proceeded topreliminary internal testing of Snapchat Plus, a new subscription service for Snapchatters » and that they were «excited about the opportunity to share exclusive, experimental, and preview features”with their members.

We also know more about the price that this subscription should cost, since we find in this post a screenshot displaying the different price orders that would be practiced. We thus find offers for different durations with a monthly formula that would cost 4.59 euros. The subscription would go to 24.99 euros for 6 months and 45.99 euros if you choose the 12 month pack.

Snapchat would also allow users to enjoy a one-week free trial to experience these new additions. These prices are for the moment only indicative and could be brought to change between now and the official announcement of the formula.

The news restrictions implemented by Apple since iOS 14.5 on ad tracking have certainly had to accelerate the desire of certain platforms to change the way in which their income flows, in particular certain free applications which are quite dependent on the advertising display generated there.

Snapchat is also not the only social network considering the idea of ​​offering a paid service in the future. Recently, we learned that the network Telegramwas also going to change its business model by also launching its own premium offer.

Snapchat prepares a “Plus” subscription to survive Apple’s changes