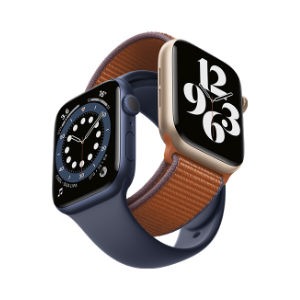 Apple will unveil a series of new features in September. The period is usually the occasion for Apple to unveil new iPhones, but there would be other highly anticipated innovations this year in the wearable. But the event is taking shape. According to iDropNews, Apple has already set the date of September 13, 2022 internally. The opportunity to detail the most likely announcements of the keynote.

From the outset we know that the iPhone 14 will indeed be part of it with this year of profound strategic changes. Rather than offering four sizes, Apple will offer two screen sizes this year, available in a standard version and a “Pro” version. The most expensive models would swap the FaceID notch for a more discreet system integrated into a punch. More classic models would benefit from a smaller FaceID notch than on the iPhone 13 generation.

iPhone 14: Apple would accentuate the difference between the classic versions and the Pro models

But that’s not the only point of distinction between the standard models and the Pro variants. For the first time in iPhone history, Apple has decided not to offer the same chip in both variants. Blame it on the shortage of chips and difficulties in setting up more advanced production nodes. Apple’s chips are two years ahead of the performance of equivalent Android smartphone chips, however, we can expect that users will not find much to complain about.

Thus Apple would continue to offer the A15 Bionic chip (5 nm) of the iPhone 13 / Pro in the standard iPhone 14. The A16 Bionic chip, engraved in 4 nm, would be reserved for the iPhone 14 Pro and iPhone 14 Pro Max. The more advanced chip of the Pro models will undoubtedly deliver new functionalities to them. We know that they will likely have a 120Hz ProMotion screen and a set of more advanced photo sensors (including a new 48 Mp wide-angle sensor).

The Apple Watch 8 would be unveiled on the sidelines of the September 13, 2022 keynote. But it would not be alone: ​​the firm could launch a new Apple Watch SEas well as a completely new model baptized Apple Watch Extreme Edition. The Apple Watch 8 could adopt a flat-edged design to standardize the design of the latest Apple products. On the functional side, the new iteration could be equipped with better monitoring of atrial fibrillation as well as a body temperature sensor.

A new low-power mode would improve battery life, and there would be satellite connectivity to let you call for help even in the mountains or in areas where there’s no cellular coverage. In addition, new frames and new types of training are to be expected. Apple is expected to update the Apple Watch SE’s chip and features to make the product more relevant in 2022.

In all likelihood, Apple will take advantage of the presentation of the iPhone 14 to unveil a highly anticipated update to the AirPods Pro. The AirPods Pro 2 would change design. They will likely lose their little stem to look more like Galaxy or Pixel Buds. But that’s not all: they will have a new version of the already excellent active noise cancellation on the current generation – and will support the lossless audio format.

For this Apple will probably have to use proprietary technology implemented on top of the Bluetooth 5.2 stack. Latest probable info: the September keynote will be that of the generalization of USB type C ports. The firm is indeed forced by the European Union to leave its proprietary Lightning ports on the roadside. We should therefore find a USB type C port on the AirPods 2, but also, very likely on all iPhone 14s.