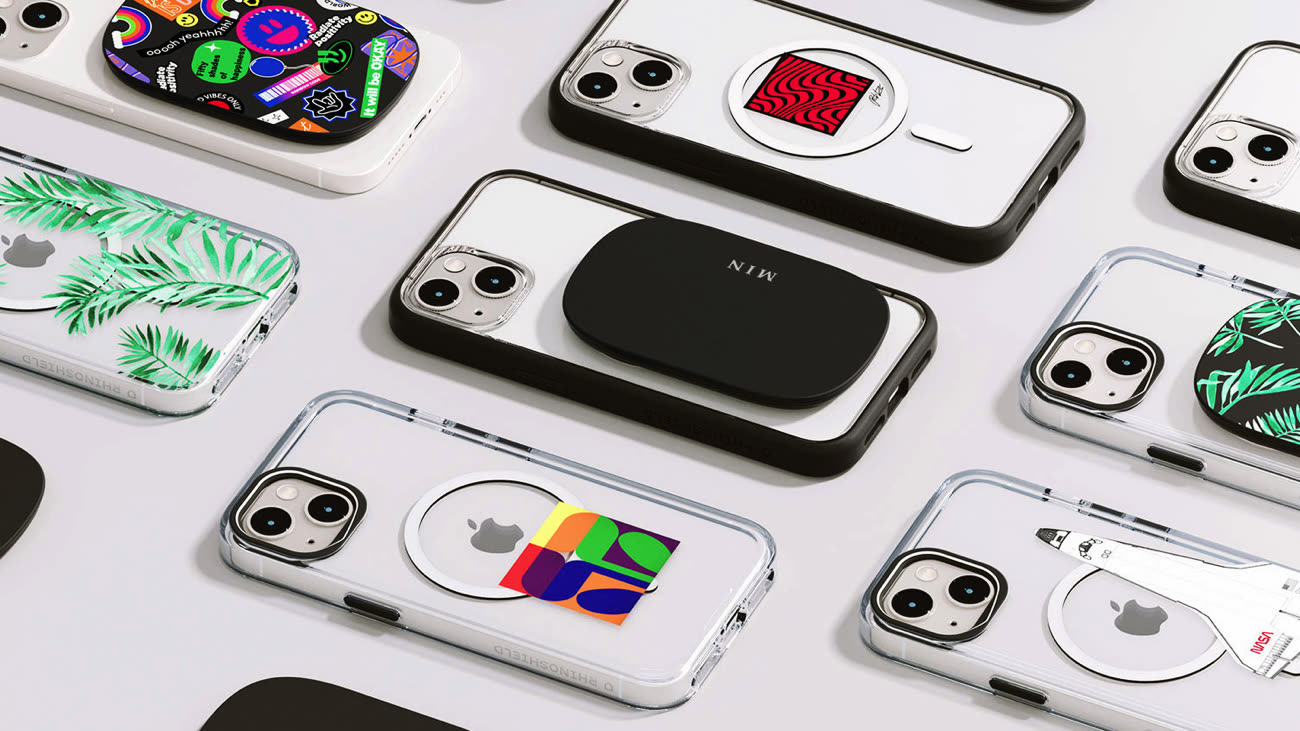 RHINOSHIELD is one of the leaders in France on the mobile accessories market. Last August, the company unveiled its all-new line of MagSafe-enabled products for the iPhone 12, 13, and 14 series.

RHINOSHIELD would like to introduce you to their new range of MagSafe compatible products, especially for the iPhone 14 series. The transparent shell, called Clear, which does not turn yellow. The Mod NX shell, which allows you to have an interchangeable back and therefore customize according to your desires of the moment, as well as the SolidSuit shell (for iPhone 14 only for the moment), a thin and light shell which effectively protects against falls and daily shocks. Note that all cases are customizable to measure, with photos, text, etc.

The company has also launched the GRIP, an accessory that allows a firmer grip of the phone and which also acts as a support. The GRIPMAX MagSafe version, MagSafe compatible, allows the user to attach and reposition it without difficulty.

The brand therefore offers you Clear: a transparent shell molded in a single block, which protects your phone against falls and resists yellowing. Devoid of the moisture bubble effect, it also offers an oleophobic coating.

Built to last, it protects against scratches, especially with its raised edges. Fine, light, it is devoid of BPA, BPF, BPS and toxic chemicals. The RHINOSHIELD site allows you to see the effect it gives depending on your iPhone model and color.

The Mod NX cover gives you the freedom to change the back according to your desires and the occasions. You can replace the back and clip it to a border provided for this purpose to obtain a bumper shell.

You can also personalize your cover by adding a touch of color by replacing the buttons. It weighs only 30 grams, the equivalent of an AA battery, half for the bumper.

SolidSuit is one of the best known of the brand. Ultra strong, the case aligns perfectly with the shape of the phone and always stays in place, even in the event of extreme drops. In addition to its great solidity, it is surprisingly flexible.

To simplify installation, this material can bend momentarily, without permanent deformation. Remember that you can customize your experience using a combination of different colored buttons to suit your tastes. They now have easier removal, easier cleaning, improved handling and an interchangeable photo lens contour.

With powerful built-in magnets, the GRIP attaches seamlessly to your MagSafe compatible case. With its magnetic force 2 times greater than the official MagSafe, use the GRIP as a phone holder in complete safety.

This support is completely removable in addition to being resistant and customizable as desired. Go to the RHINOSHIELD oshield website and choose the GRIP that suits your style. Made from 85% recycled materials.

Note that from December 23 until January 6, there will be -15% on the entire site. It will suffice to affix the code IGEN2022 which will offer you – 15% during this period (and then which will then offer 5% thereafter once the promotion is over) on all products, including MagSafe covers.

RHINOSHIELD: here are the new MagSafe products for iPhone 14 📍