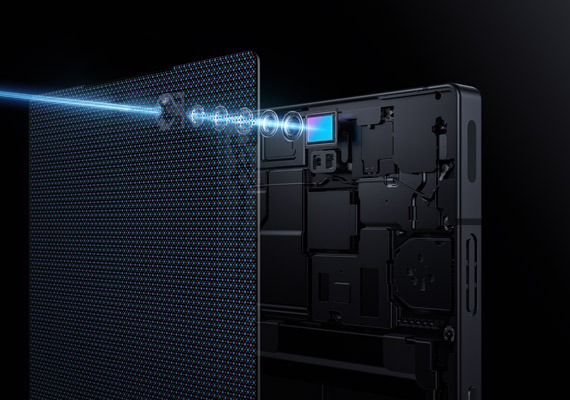 It’s now official, the new Nubia Red Magic 8 Pro gaming smartphone will soon be available in China before arriving in other markets. Embarking on the latest technologies for video games but also promising a particularly successful experience for everyday life, it aims to be the reference in the field of gaming. Here are all the details.

The new Red Magic 8 Pro smartphone comes to succeed the Red Magic 7S Pro released a few months ago. The Nubia brand has thus formalized its latest flagship and does not seem to have many compromises for what wants to be THE ultimate reference for mobile gaming. The Red Magic 8 Pro sports a resolutely gaming design with extremely sharp angles. It offers a more rectangular shape than the previous one. In addition, we can count on a screen that is extremely close to the frame given that Red Magic announces only 1.48 mm on the sides, 2.28 mm on the lower edge and 1.68 mm on the upper edge giving a 93.7% occupancy ratio of the facade of the device. In addition, the Red Magic 8 Pro takes over the principle of the front camera installed under the screen and which cannot be seen. Indeed, ZTE has been developing this technology on a few models for several months now, improving it over the versions. Behind, there is a 16 megapixel photo sensor to take a selfie. This allows you to get full immersion in the game or application and not be embarrassed.

Technically, the Red Magic 8 Pro has a Qualcomm Snapdragon 8 Gen 2 chip with 12 or 16 GB of UFS 4.0 RAM and, respectively, 256 or 512 GB of internal storage space in LPDDR5x format. The back of the mobile is flat unlike previous models. It integrates, flush, a 50-megapixel Samsung GN5 main photo sensor paired with an 8-megapixel sensor for ultra wide-angle shots and a 2-megapixel sensor for macro shots. The smartphone is capable of filming with 8K Ultra HD definition at 30 frames per second. It offers an audio jack port for connecting headphones. It supports audio formats up to 384 kHz at 32 bit. It is compatible with Bluetooth 5.3, Wi-Fi 6E, NFC and incorporates a fingerprint reader under the screen which is also capable of displaying the user’s heart rate. The mobile is powered by a 6000 mAh battery in capacity, which is much higher than the battery of the Red Magic 7S Pro which was 5000 mAh. The brand has announced the possibility of supporting a load at 165 watts, which would allow it to be recharged in less than 15 minutes, but it is likely that other markets outside China will have a version at 80 watts maximum. 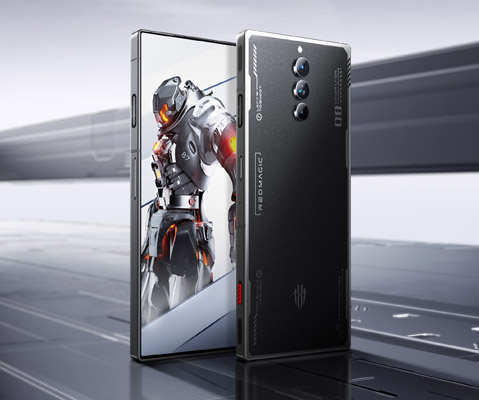 The Red Magic 8 Pro is equipped with a very large 6.8 inch screen flat on an AMOLED panel so without discomfort for the front photo sensor. It promises a brightness of 1300 cd / m² with a definition of 1116×2480 pixels in 20: 9 format. On the profiles there are sensitive triggers to gain an advantage in games that exploit these features. The smartphone measures 163.98 mm high, 76.4 mm wide and 8.9 mm thick. He accuses a weight of 228 grams which is slightly less than the Red Magic 7S Pro which weighs 235 grams on the scale.
The new smartphone Red Magic 8 Pro is offered in China only at the moment for an equivalent price from 550 € HT. The international version will be announced on January 16, 2023 for a start of orders from January 28 including special offers in the form of pre-orders for first-time buyers and a start of sales in early February 2023.

Red Magic 8 Pro now official, promises heavy for mobile gaming with its powerful processor and its camera under the screen