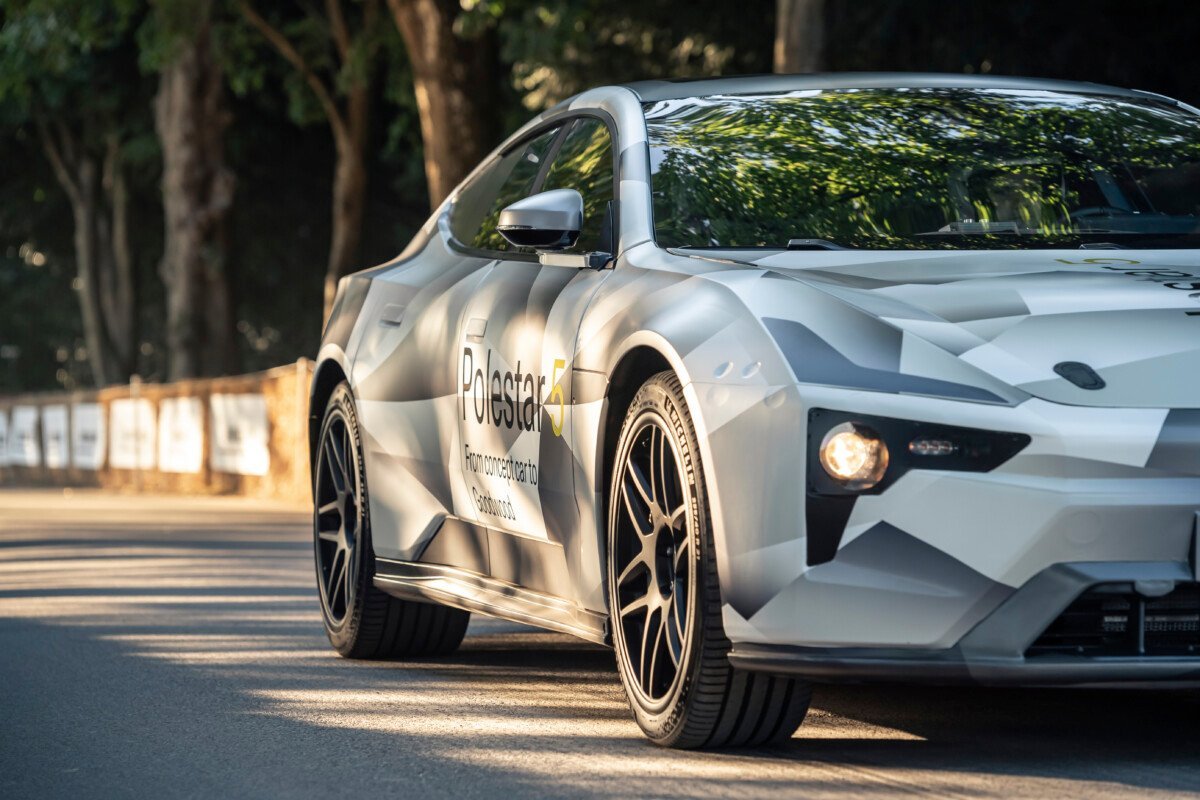 On the occasion of the Goodwood Festival of Speed, Polestar unveils more information and design elements of the Polestar 5. We are facing a very serious competitor to the Tesla Model S and Porsche Taycan thanks to a very powerful architecture, which it is in capacity of acceleration but also of fast charge.

The Polestar 5 is a highly anticipated electric car. The Swedish brand, Volvo’s sporty little sister, plans to come and hunt on the lands of Tesla Model S, Mercedes EQS and other Porsche Taycan with the Polestar 5. A concentration of technologies, but above all of power, to make it a top-of-the-range and resolutely sporty sedan.

The car, still a prototype and camouflaged under a special paint, was driven publicly for the first time under the eyes of the participants of the Goodwood hill climb. The opportunity for the brand to reveal some technical characteristics, but also the design of the car.

Design level, we had already seen more or less everything, in particular thanks to the leak of a patentbut also with a teaser image from Polestar, showing the whole family (the Polestar 2, 3, 4 and 5) together. Thanks to Goodwood, we now have even more photos and above all, a video in which the Polestar 5 gives us a small start with a lot of rubber left behind. We let you judge!

In terms of looks, the Polestar 5 is a large sedan (dimensions not given) 4-door GT type. We therefore have a real trunk completely separate from the passenger compartment. The lines are taut, giving a very sporty character to the whole. The LED headlights add a little more cachet to the car, with its design quite unique in the market. However, it is impossible to perceive all the details, the camouflage paint being there to still reserve a little surprise during the official announcement of the car which should take place in the coming months.

From a technical point of view, the Polestar 5 should be a thunderbolt. The Swedish brand will use an 800-volt platform, allowing it to take advantage of very fast charging, like the Hyundai Ioniq 5 or the Porsche Taycan. Polestar will use a new electric motor on the rear axle. Combined with a second motor on the front axle, the four-wheel drive will benefit from a power of 650 kW (884 hp) and 900 Nm of torque. Compare to the 560 kW and 1,050 Nm of the Porsche Taycan Turbo S or the 750 kW of the Tesla Model S Plaid. 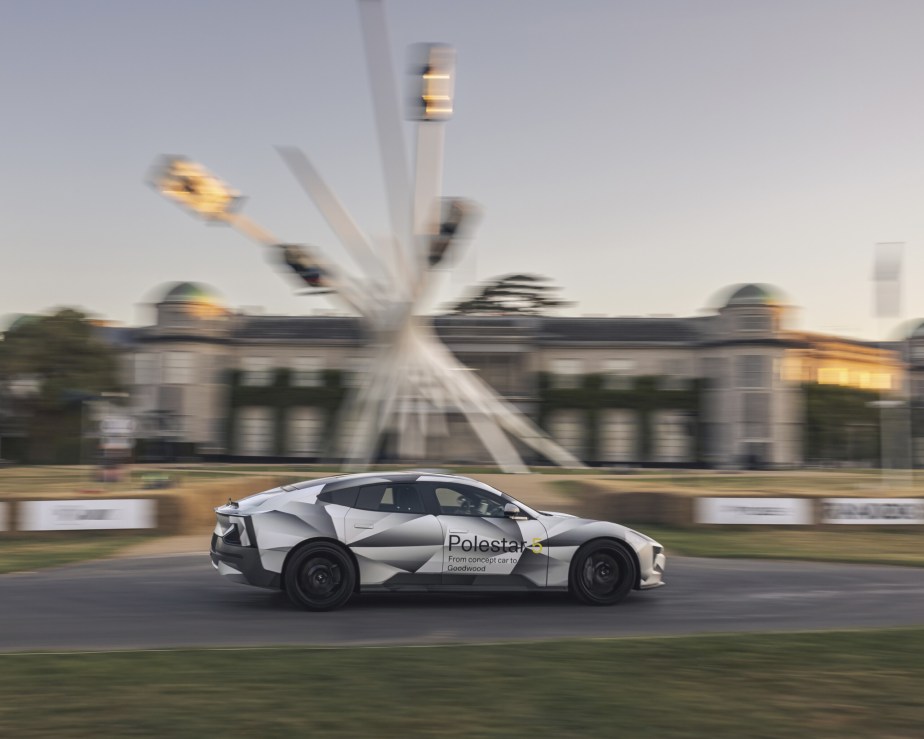 Polestar wants to make its 5 a sports car, with the emphasis on handling and lightness. Thus, the car will use an all-new aluminum chassis, to maintain overall rigidity while reducing weight. What come to try to shade the competition.

During a presentation to investors in May 2022, Polestar had revealed some additional details on the next platform which could be that of the Polestar 5. It is thus a question of a autonomy of approximately 600 km thanks to a 103 kWh batterya charging speed allowing to go from 0 to 80% in 20 minutes or even bi-directional charging and V2G compatibility. This new platform could also integrate a two-speed gearbox, as on the Porsche Taycan.

The Polestar 5 should be launched officially in 2024. At the moment, the price and the rest of the technical characteristics are unknown. The cost should be very high, however, since the Swedish manufacturer announces that the Polestar 5 will have the smallest production volume of the manufacturer. We then hope that the brand will have the right to sell its models in France by then if the dispute between it and Citroën comes to an end.