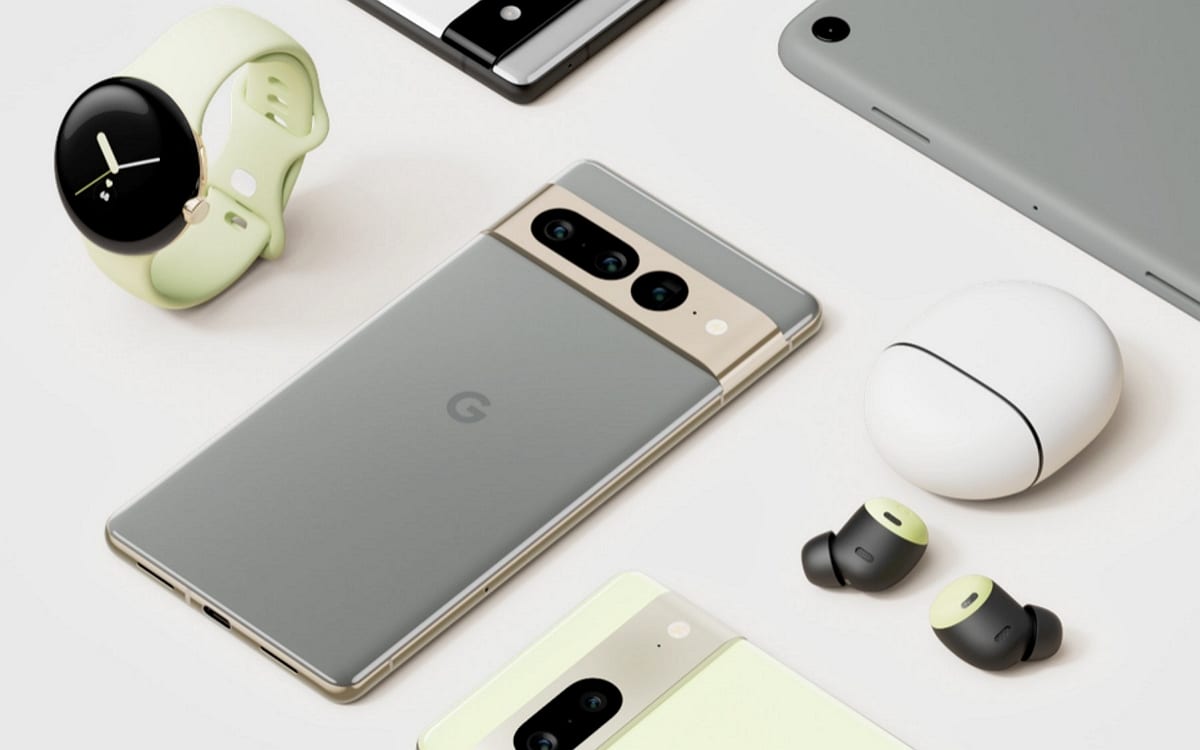 Google is preparing for the arrival of its Pixel Watch, a connected watch formalized in May 2022 and expected at the start of the school year. The product would benefit from some novelties, in particular a dedicated application to provide additional services to the Wear OS application already present in Android. Also, the watch would be able to unlock a smartphone, like the Apple Watch with the iPhone.

May 11 kicked off the Google Developer Conference. This conference, which lasted several days, started with a traditional keynote hosted by Sundar Pichai, the firm’s boss. During this keynote, many new features were announced. The next version of Android, of course, but also hardware products. the Pixel 6a was of course revealed. The Pixel Buds Prothe Pixel Tab, the Pixel 7 and 7 Pro have all been shown. As well as the Pixel Watchwhich everyone was waiting for in 2021. It will finally arrive in 2022.

We know little about this watch, other than its curvaceous design and its compatibility with Wear OS 3. Indeed, like any self-respecting Pixel product, the smartwatch will ship the latest version of the operating system offered by Google for its segment. Here Wear OS. Building on the strong heritage of Fitbit (part of the group), the Pixel Watch will be compatible Android 8.0 (or more) and that’s it (no iOS). Wallet, Home, Maps or even Assistant will be natively installed.

Google is developing an application dedicated to the Pixel Watch

For the rest, we must turn to the side of rumors to find out a little more. We have only known for a few days that the autonomy could be very reduced (one day) and charging might be quite slow. Besides we would find inside a Samsung SoC, the Exynos 9110. Today we learn, thanks to 9to5Google (again), that the watch should work with a dedicated application called Pixel Watch App. Quite simply.

This application should make it possible to configure the watch and update it on the one hand, but also to install applications and to link with other applications. We are thinking, for example, of the Fitbit system for analyzing sports sessions and which also includes a premium component with fitness programs. 9to5Google draws a parallel between this application and the one used by Pixel Buds.

The Pixel Watch will unlock your Android smartphone

The existence of this application, which will come in addition to Wear OS app, was discovered by our colleagues by dissecting the beta version of the Google Play Services application posted this week by the American firm on the Play Store. They discovered the mention of a new function expected with the Pixel Watch: the unlock by trusted device (much like the Apple Watch with the iPhone). To use this function with the PixelWatch, the user is prompted to open the Pixel Watch app on their smartphone. This confirms its imminent arrival, even if Google can also postpone it, abandon it and change its mind by then.

Pixel Watch: Google is preparing an app dedicated to the connected watch