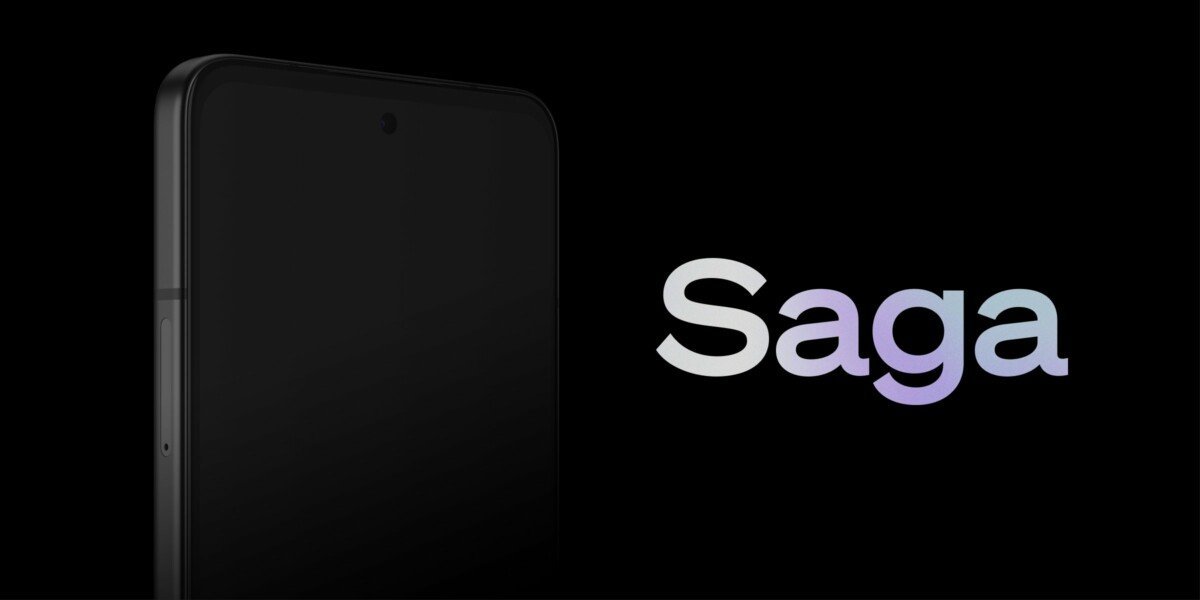 The OSOM OV1, teased for months and seeing itself as the heir to the Essential Phone, is no more. It is replaced by the Saga de Solana, a blockchain that wants to erect this model into a smartphone dedicated to cryptocurrencies and Web3. A radical change in the positioning of this phone that we still don’t know well, but which seems to be moving forward since pre-orders are already open.

In December 2021, we learned about the creation of OSOMa company created by alumni ofEssential. Its aim was to create the OSOM OV1, a smartphone that wanted to get as close as possible to the pure Android experience. Since then, we know a little more about the characteristics of the OSOM OV1which differed quite a bit from the competition.

Only here, we now learn that this smartphone will change its name… and its philosophy: Solana mobile, a subsidiary of Solana Labs, has announced its Saga. This is actually the new name for OV1, with OSOM partnering with Solana Mobile and confirming it in a Press release.

OSOM and Solana Mobile team up to create a smartphone dedicated to cryptocurrencies, NFTs and Web3

If misunderstanding had set in, OSOM killed it by confirming to The Verge that “OV1 and Saga are now one and the same“. OSOM is therefore abandoning its positioning focused on confidentiality and security. The brand wanted to allow OV1 users to better control what mobile applications do, all in a software experience very close to what the Essential Phone offered while retaining Google services (probably to be able to sell its product) .

We learn that this smartphone “is for people who are grounded in the world of crypto wallets, Web3 and NFT“. In this press release, OSOM even allows itself to tackle HTC and its Exodus projecta smartphone dedicated to cryptocurrencies, saying that the brand has not “managed to have a real impact“. Besides, HTC will soon present a smartphone dedicated to virtual and augmented reality for its Viveverse metaverse.

On Solana’s sideits CEO Anatoly Yakovenko explains that crypto experiments have remained confined to computers and that “the preferred method of interacting with cryptocurrencies is still to install a browser extension and plug in a USB drive“. Its ambition is to create mobile uses around cryptocurrencies, in particular by doing what Apple and Google do not do, namely working on the Web3. Web3 designates the decentralized web based on blockchains, successor of a web 2.0 “social“.

Solana, what is it?

Solana defines herself as “largest NFT platform, most user-friendly on-ramp to cryptocurrency“. It would have reached several million active addresses today and would bring together a large community of developers. More generally, it is a decentralized blockchain, competing with Ethereum, notes Numerama.

Decentralized applications: the heart of the project

The concrete proposal of this smartphone is “support for decentralized applications that rely on the Solana blockchain“. Partners have already been announced, such as “NFT marketplace Magic Eden, wallet maker Solana Phantom and cryptocurrency exchange Orca“. There are also Coral, FTX, Kiyomi/OpenEra, Okay Bears, StepN.

The idea is to use, for example, smartphone fingerprint sensors to validate transactions.

At the same time, Solana announced Solana Mobile Stack (SMS), a software development kit that enables the creation of native Web3 applications on Android. Solana also provides a “DApp store open“, a mobile app storethem “dAppbeing decentralized applications. It will be available in the Saga and will be based on Android. OSOM indicates that “the company envisions a vast proliferation of crypto-native apps, digital services and digital goods“. This store would begoverned by users and developers, with no restrictions on tokens or NFTs“. SMS also includes “Seed Vault, a secure custody protocol for mobile that makes it easy to instantly sign transactions while keeping private keys separate from wallets, apps, and the Android OS“.

The CEO of Solana, said during a question-and-answer session, that the future of cryptocurrency on smartphones will depend on this project, all in humility.

The Saga is already available for pre-orders for $1,000, with a $100 down payment. Obviously, to pre-order it, you will need a Solana wallet. Developers will therefore have early access to Saga, in order to precisely fill this dApp store. The first deliveries are scheduled for the first quarter of 2023.

As a reminder, this smartphone will have a 6.67-inch OLED screen at 120 Hz, 512 GB of storage and 12 GB of RAM. If we thought that it would be equipped on SoC of Qualcomm Snapdragon 8 Gen 1, it will be in fact the Snapdragon 8 Plus Gen 1, which will equip future high-end smartphones. On the photo side, the main sensor will be 50 Mpx, there will also be an ultra-wide angle of 12 Mpx, but no macro sensor.

The first fear that we can have with regard to this project is obviously the marketing bubble that may have formed around it. Our concerns go to the dApp Store, which, if the project doesn’t take off, might not fill up and therefore make the Solana Saga as uninteresting as possible. If the idea of ​​being able to validate transactions in cryptocurrencies or to create NFTs on a smartphone may seem attractive, it should be remembered that cryptocurrencies and everything that surrounds them are still very far from being registered in uses. For the moment, the uses of blockchain technology are only at the state of experimentation – even speculation – despite what fans of the field say.