It’s finally time for the big uppercuts! Saitama, the superhero who can defeat all his opponents with a single punch, arrives this September 22 on IOS and Android with One Punch Man – The Strongest, the official turn-based strategy game from the manga.

One-Punch Man is Saitama’s story, a young boy who is looking for what to do with his life. Until the day when, thanks to an inhuman training that will last 3 years, so difficult that he goes bald, he becomes a superhero. He especially becomes so strong that he can knock out any opponent with a single punch. This is how the One Punch man, the strongest in the league of heroeswho only dreams of one thing: to meet rivals powerful enough to challenge his omnipotence and offer him a challenge worthy of him.

60 unique heroes to charge the One Punch!

In One Punch Man – The Strongest you will have the choice between 60 heroes from the manga to compose your team of 6. Each of them is unique and can evolve to become more powerful: they are classified by type (duelist, grappling hook, Hi-tech, etc.), by factions and by level third. But these are mostly their special abilities who will decide you to integrate them into your team. These abilities deal impressive bonus damage, and it’s their carefully considered use that will defeat even the most powerful foes!

During turn-based battles, you can deploy a team of 6 heroes, each with unique abilities. You will be able to decide their unique action each turn, so organize your team so that the abilities of your heroes synergize at best! Genos, for example, will be able to increase your team’s speed, which will allow you to have the initiative and attack first. Every attack and every spell will raise the One Punch gauge : usable once per fight, it allows you to eliminate an opponent with a single blow! 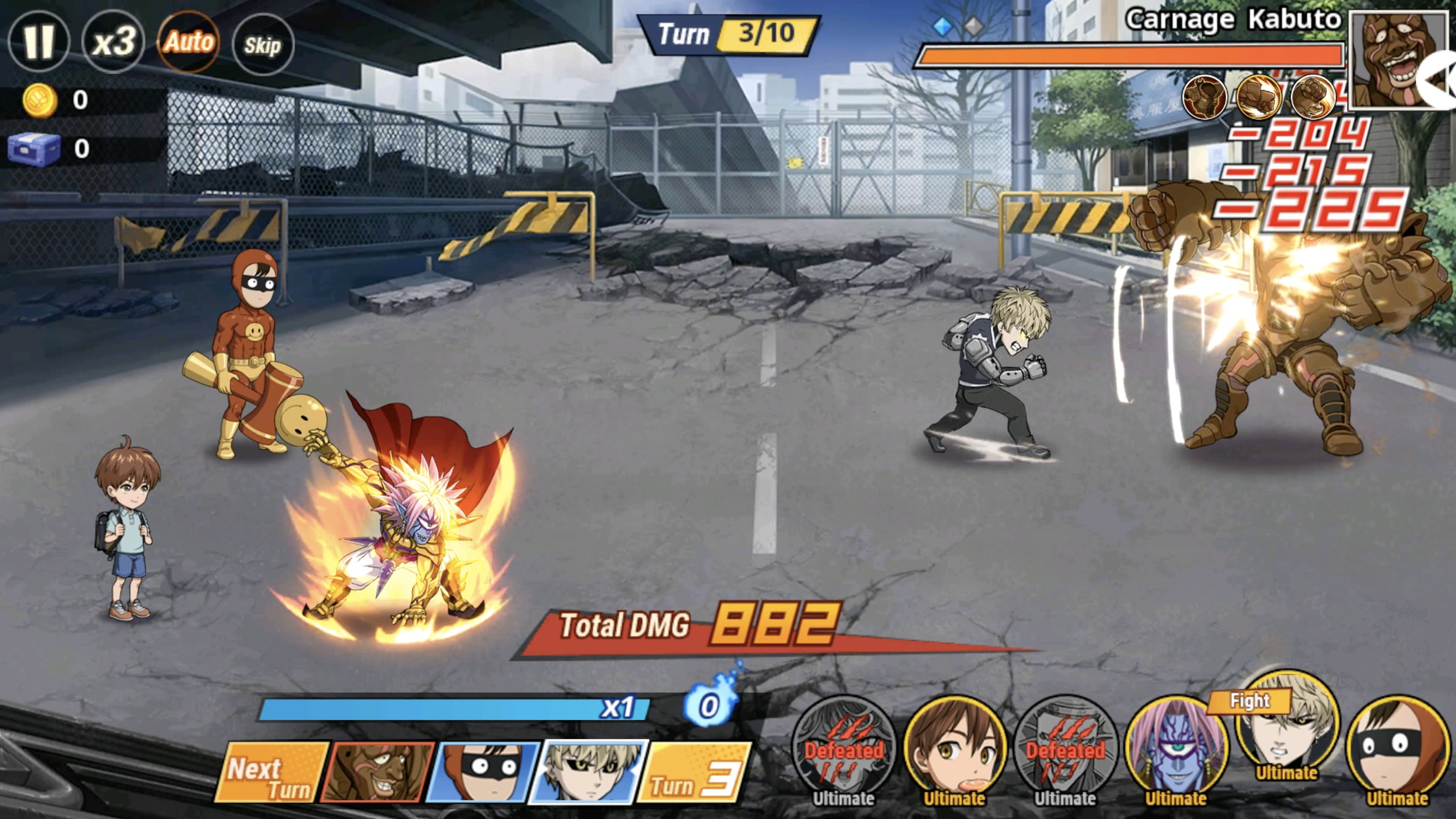 Co-op and practice mode: unlock the best items and progress in the story!

The opus is full of game modes to test your adaptability and improve your characters. Extreme Training, Hero X Villain, Boss Challenge… So many reasons to improve your team and find Saitama for his daily training. You can also follow the invincible superhero in his investigations on the large open map of the game, in a exploration mode which unlocks some of the most powerful items. Each time you advance in the game, you will unlock Saitama memories which will earn you huge power boosts. 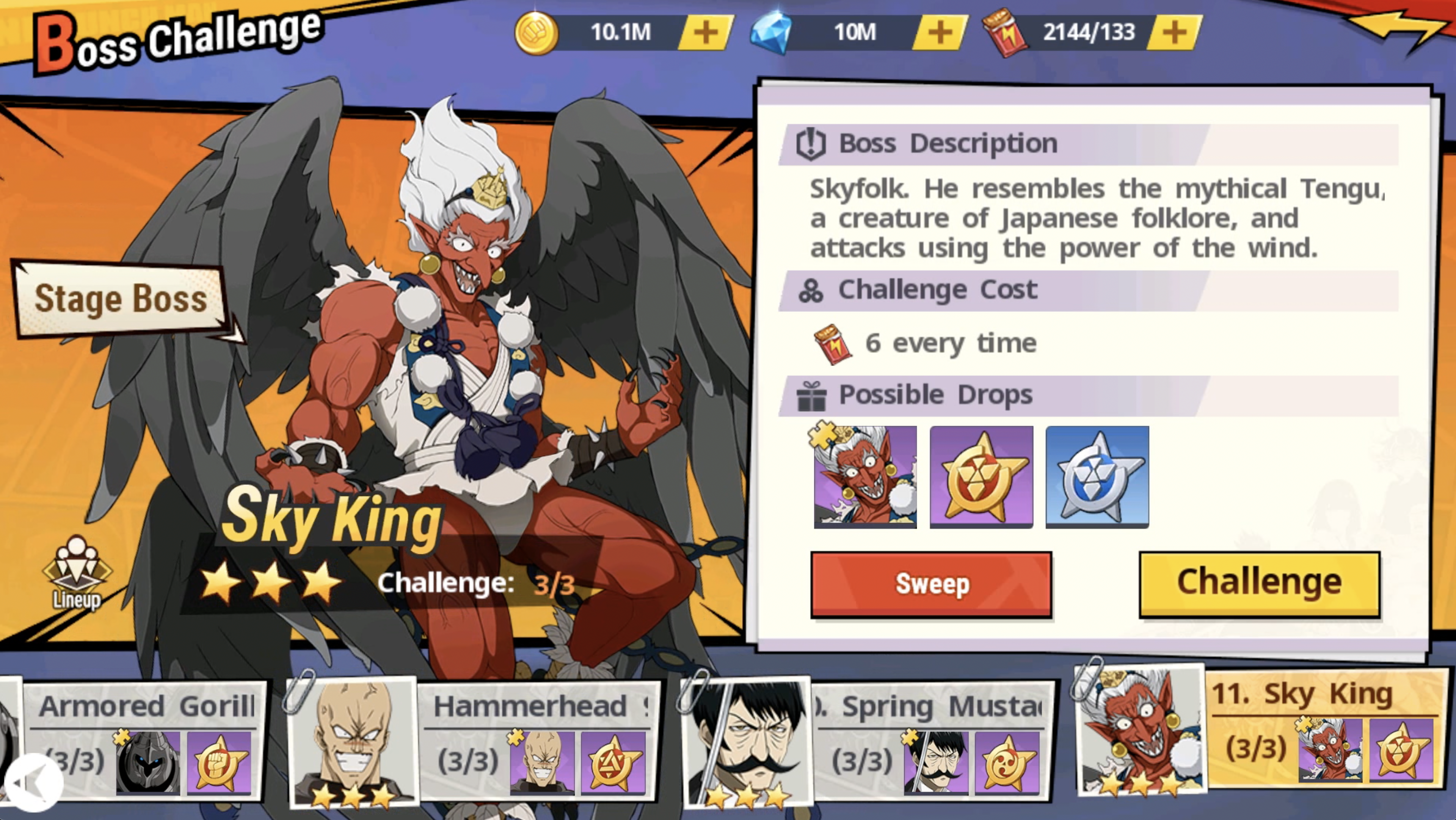 The multiplayer mode is no exception. In addition to one co-op mode to bring justice together, a club system allows you to regroup with your friends and access mini-games, such as the slingshot barrage or the test missile.

Thanks to the success of pre-registrations (more than a million!), players have been rewarded: by installing One Punch Man – The Strongest, you will receive 10 free prints, an Old Hand avatar and gems to embark on the adventure! By logging in from the first week, you will still collect hundreds of additional gems to start training your heroes. The game will also grant you 40 draws, the A-class hero iairon as well as a superhero of your choice.

You can download One Punch Man – The Strongest right now by following this link !

the OPM-TS community is already being built on social networks, join them

And right out, find on Breakflip all the tips and guides to face Saitama’s enemies without any difficulty!

One Punch Man – The Strongest finally available on Android and IOS!