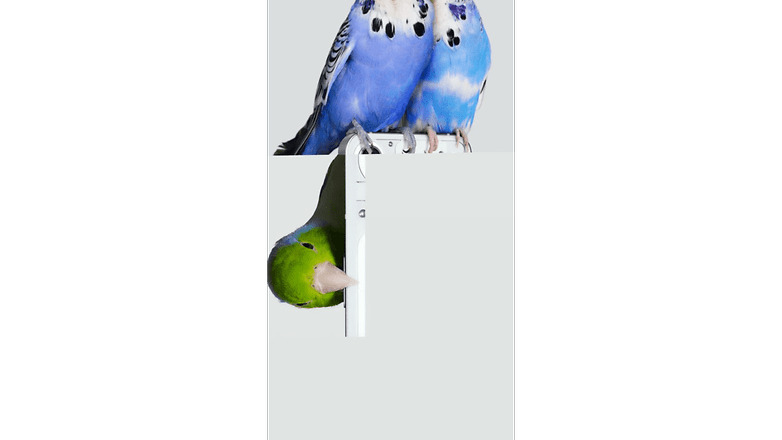 Nothing, the cool and trendy start-up of Carl Pei, co-founder of OnePlus, is preparing the launch of the Nothing Phone (1), its first smartphone supposed to disrupt this market that has become so boring and not very innovative. But the first snippets of the Nothing Phone design (1) teased on Twitter simply look like the design of an iPhone 13. There you go.

I know I show it very badly, but I’m still very hyped for the launch of the Nothing Phone (1). I really want to discover this smartphone and I sincerely want to see Nothing to transform its original gimmick into a real product philosophy. But with all this infinity teaser Nothing is doing on social media, I’m getting tired of seeing them blowing around.

Since June 13, Nothing has been teasing the stud and fishing for hype by revealing a few tiny parts of the design on the back of its Nothing Phone smartphone (1).

We were therefore treated to two magnificent 3D visuals of colored parakeets perched on the Nothing Phone (1) of which we can only glimpse part of the upper transverse section and the right side section, both seen from the back. As a reminder, the latest rumors agree on a transparent design for the Nothing Phone (1), in the same line as that adopted by headphones Nothing Ear (1) tested by me.

The only visible parts of the smartphone being white on a white background, the transparent side of the Nothing Phone (1) is not really noticeable. But, in response to one of Nothing’s last tweets, some had fun making collages with the few visuals shared by the brand.

With this montage worthy of my collages made on GIMP when I’m totally out of images for an article and I don’t dare ask my colleague Stefan for help, we can see that the look of the Nothing Phone (1 ) is not as disruptive as expected. Anyway in my eyes.

There are straight and angular metallic edges, rounded corners and a large circular photo lens at the top left of the back of the smartphone. In short, the Nothing Phone (1), at least what we can see of it, looks nothing more or less than an iPhone 13. Personally, I don’t feel too overwhelmed and my hypometer is as low as the meter steps from my smartphone (it’s a joke about the fact that I don’t move enough).

Last point, after I promised I too would stop blowing the wind around two poor JPEGs published on Twitter. But this look, or this portion of design, looks a bit like the concept of the Nothing Phone (1) made by the well-known Ben Geskin.

Do you think the final design will be similar to this? Or will it be something completely different? pic.twitter.com/tQ2UwFfYXg

In short, I leave it to you to form your own opinion. But I’m curious to know what you think of the design of the Nothing Phone (1). Do you find it looks like an iPhone, too? And what do you think of my ability to embroider a 600-word article from a photo collage made by a complete stranger (@Kunal1696, force you!)?

Nothing Phone (1): The design supposed to be disruptive resembles that of an iPhone… | NextPit