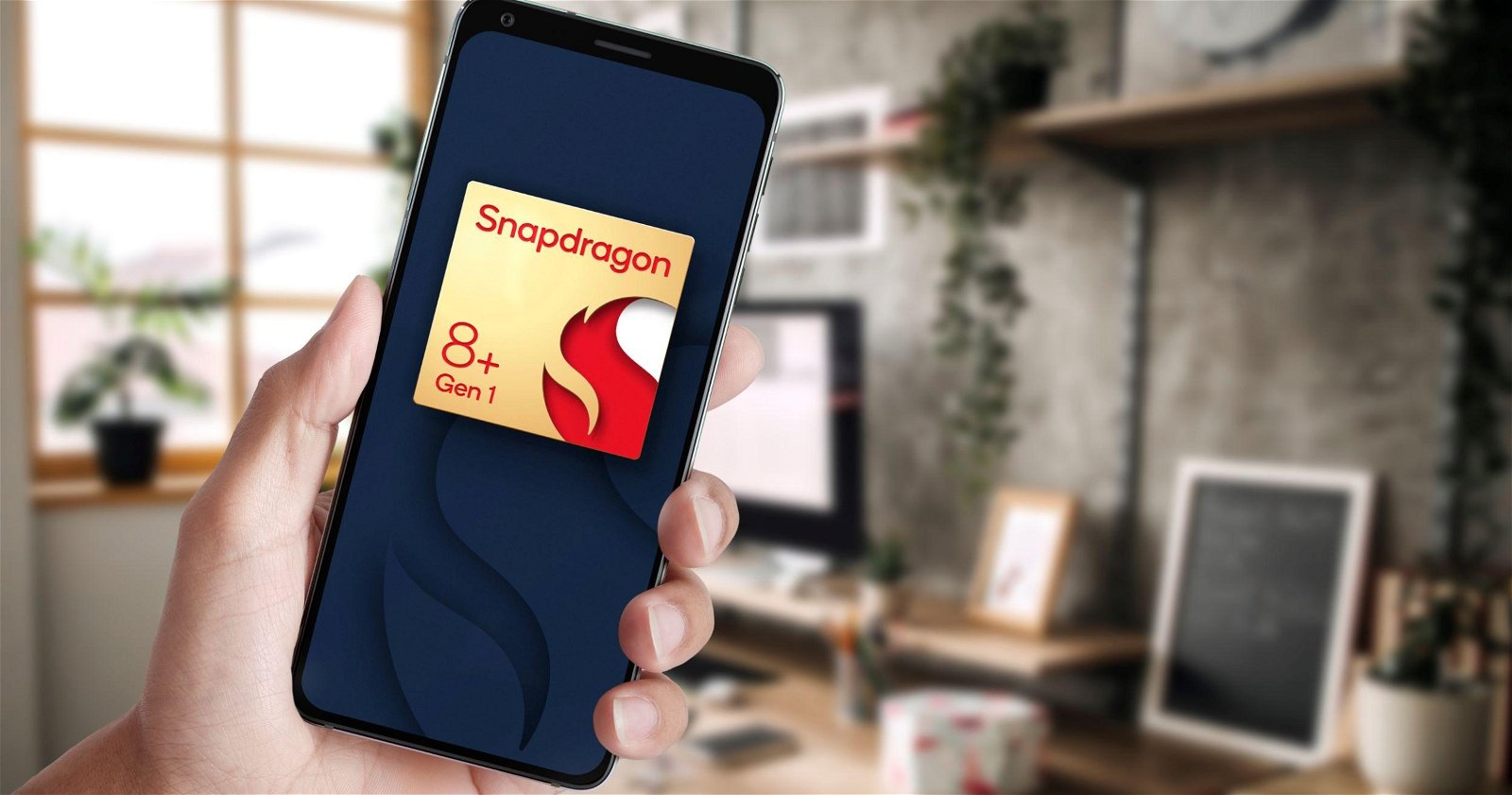 The rumors have come true: Qualcomm today unveiled a new generation of its flagship mobile processor, the Qualcomm Snapdragon 8+ Gen 1.

This new installment aims to bring to life the most advanced and powerful smartphones on the market, based on an extreme data sheet based on the Snapdragon 8 Gen 1, and adds important new features such as reduced energy consumption .

But it doesn’t come alone: ​​the Snapdragon 8+ Gen 1 is accompanied by a new processor focused on the mid-segment, the Qualcomm Snapdragon 7 Gen 1+.

The first phones with a Qualcomm Snapdragon 8+ Gen 1 processor will arrive from the third quarter.

At the same time, power consumption has been reduced by 15%, which, according to Qualcomm, can provide up to an additional hour of gaming or fifty minutes of social media browsing. 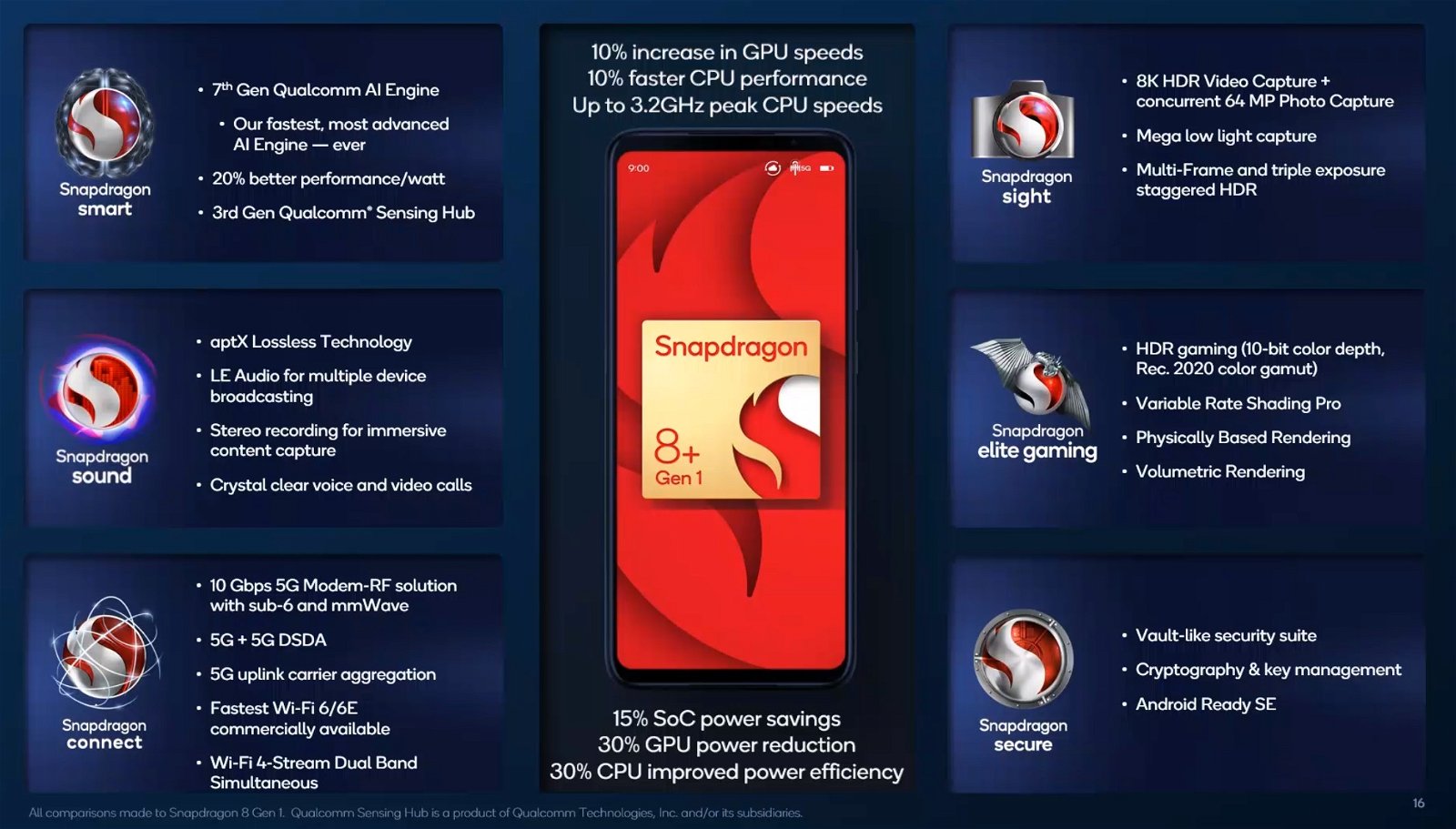 Everything the Snapdragon 8+ Gen 1 brings new compared to its predecessor.

The company also seems to have solved one of the big problems with its latest generations of processors: the inability to consistently deliver good performance. According to Qualcomm, it is possible to maintain the maximum power of the processor for longer periods.

Of course, there is no shortage of additions such as support for video recording at 8K resolution, to which must also be added support for HDR video capture.

The Snapdragon 8+ Gen 1 will begin mass production soon, and brands such as ASUS ROG, Black Shark, HONOR, iQOO, Lenovo, Motorola, Nubia, OnePlus, OPPO, OSOM, realme, RedMagic, Redmi, vivo, Xiaomi and ZTE are among the companies that will use it in their flagship models.

Along with its new benchmark chip, Qualcomm is also announcing the Snapdragon 7 Gen 1 today. It is the first 7-series processor, inheriting traits from the previous Snapdragon 700, and actually comes as a successor to the Snapdragon 778G. .

It has an improved Adreno GPU which should deliver 20% better performance, and the processing of AI-related tasks has been sped up by 30%. 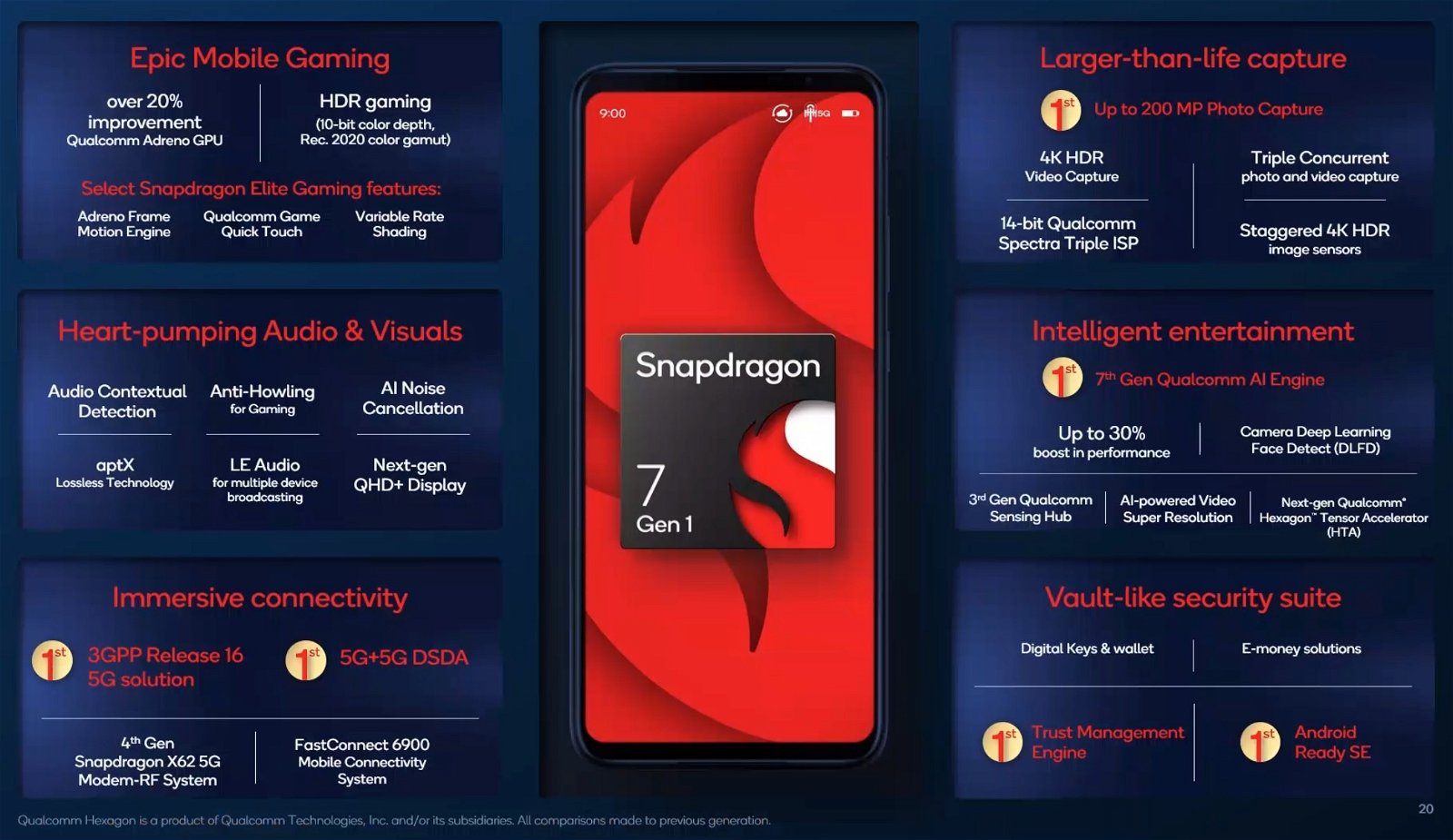 A summary of the news that the Snapdragon 7 Gen 1 brings with it.

As novelties, support for simultaneous captures with up to three cameras of the device is added. Its security and audio processing systems have also been updated, to the level offered by the Snapdragon 8 Gen 1.

This processor will start arriving from June in the first devices, and Xiaomi, OPPO and Honor will be the first to use it.

New Qualcomm Snapdragon 8+ Gen 1: the brain of the next flagships with Android is now official