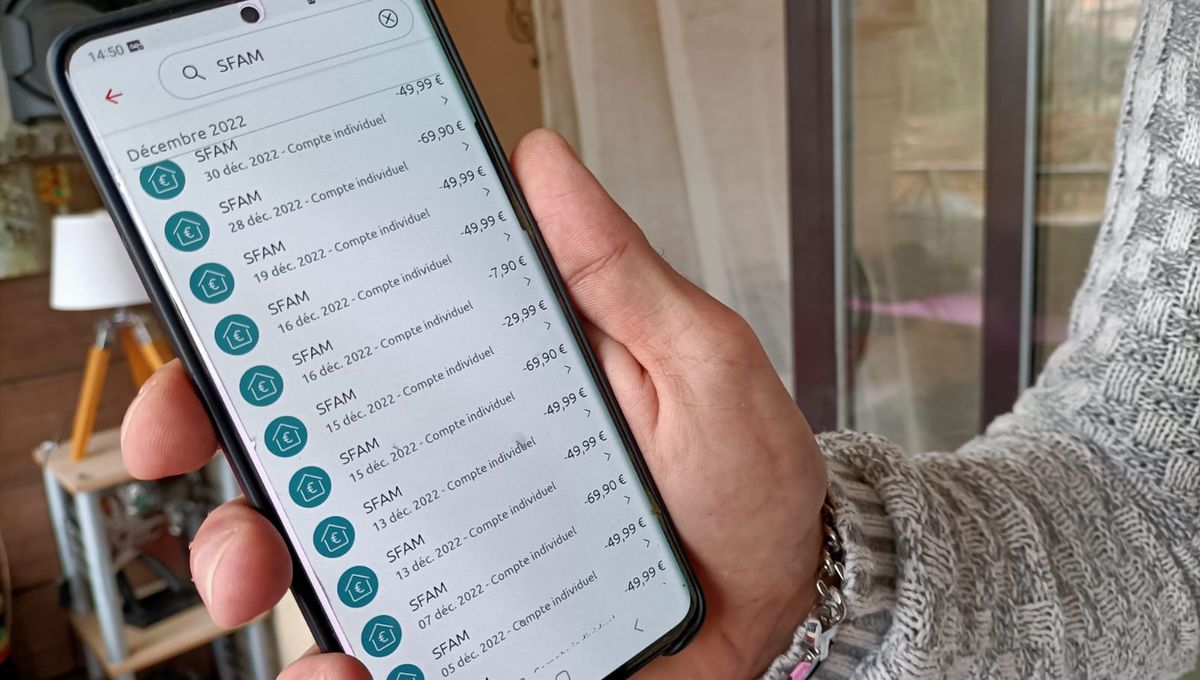 Pay attention to the insurance you take out if you buy a new phone! Since 2014, hundreds of people in France have suffered significant bank withdrawals and without explanation after taking out the insurance of the SFAM
(Société Francaise d’Assurances Multirisques), renowned company Indexia.

Customers agree to pay a small amount each month to be protected in the event of theft or breakage with the purchase of the new phone or computer. In the end, the insurer then adds options to them without their consent and withdraws large sums of money from them. Those who do not do their accounts regularly realize it only after months. Unable to get a refund.

Victims in the Hérault

In the Hérault, as everywhere in France, the victims are numerous. And the scenario is always the same.

“It’s a scam” for Romain Debarge, 41, resident of Crès. He buys a smartphone in March 2020 and takes out breakage insurance at 7 euros per month. “I thought to myself that for a new purchase of a phone that is quite expensive, it’s quite reasonable. You never know what can happen.”

The SFAM then sends him emails for him propose new options. Messages that fall into his spam and that he does not see. If the client does not respond within 30 days, this is considered consent by the insurance. This is the case with Roman. “I realized that I was under contract with them with a telephony pack, a computer pack, a dual pack. These are things I never asked for. I never signed.”

“They say they will reimburse, and never do” – Romain, victim of the SFAM scam

The bank withdrawals accumulate. Romain never consults his online accounts. He prefers paper to calculate his expenses. He only realizes two years later, in the summer of 2022, the scam of which he was the victim.
“I saw about fifteen samples per month from the SFAM.” Withdrawals of 49.99 euros, 29.99 euros, 69.90 euros…

Around €8,000 in total. First reflex, he calls the company to be reimbursed. “At that time, it’s the same talk they come out every time and to every customer. They tell us that the billing department made a mistake and that they will reimburse us. And it’s never done.” Roman, like so many others, ended up terminating his contract and never saw the color of his money again.

Romain’s example is significant because thousands of euros were taken from him. But this is not a unique case in the department of Hérault and in France.

Régis, 54, a resident of Mèze was also taken in. He buys a phone in the summer of 2021. And in December, a friend warns him that she has been the victim of SFAM levies.

Immediately he looks on his accounts and without surprise: “I was deducted twice €50 and once €60. I called them in January 2022 and they tell me that they will reimburse me within three months. Except that I still haven’t received anything a year later. “

Despite Régis’ reminders: “I must be about thirty calls, ten emails, two registered. And now I’ve gone through my insurance’s legal department who say they sent a letter but so far there’s been no response.”

Same for the Montpellier Cécile. She considers herself lucky because she never lost “only 39 euros.” She has advanced the cost of a repair from her son’s phone and never received a refund. She checks her accounts online every day so she hasn’t been scammed without realizing it. But the 56-year-old is struggling “in principle” and because she can’t stand injustice.

The Indexa company, formerly SFAM, based in Romans-sur-Isère in Drôme, has already been sentenced to a fine
of 10 million euros in 2019 for this type of deceptive practices. She is going to be prosecuted in correctional
. We don’t have a trial date yet.

There is still time for the victims of become a civil party
only for scams that occurred between March 1, 2014 and July 31, 2020.

Mobile insurance customers denounce a “scam” in the Hérault