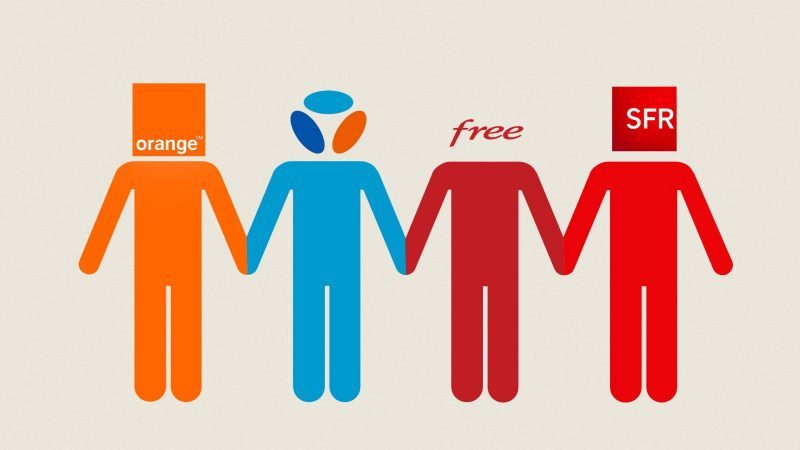 All operators have now published their results for the 1st quarter of 2022, it is now possible to make a comparison in terms of recruitment on mobile and boxes.

Which operator garnered the most subscribers in the different segments during the 1st quarter of 2022? Free scores points by taking the leadership in terms of recruitment on the cellphone and fixed it. Yes Orange remains in front on the fiber, he sees himself outdistanced this time on the mobile. SFR is losing more and more fixed subscribers.

It hadn’t happened for several years. After a complicated period in 2018, then 2019, Free Mobile came back step by step in the race before taking the lead during the 1st quarter with 127,000 new subscribers in the segment compared to 97,000 for Bouygues Telecom and 51,000 for Orange, which declined during the period. SFR is for its part in contact with the incumbent operator. Free Mobile’s strategy is bearing fruit, with unchanged prices, a €19.99/month plan once again enriched in January (210 GB) and a Free Flex offer that looks like a growth driver.

The Orange and Bouygues Telecom duo, accustomed to fighting on the fixed line, saw themselves stealing the show during the first three months of the year by Free. Xavier Niel’s operator has managed to garner 56,000 new customers in the segment (ADSL/fiber ratio) against 52,000 for Bouygues Telecom.

Bad student, SFR can once again follow the pace imposed by its rivals. After having found positive recruitments during the third quarter (+4,000 customers), the operator in the red square relapsed during the fourth 2021 with the loss of 2,000 subscribers. During the first three months of the year, the commercial balance sheet is even more worrying since the operator in the red square records this time a loss of 28,000 customers.

At a time when fiber is becoming more democratic in France over deployments, demand from the French is not waning one bit. During the 1st quarter of 2022, Orange continues to go it alone against its rivals with 327,000 new subscribers (recruitments and migrations), this is the seventh consecutive quarter above the 300,000 mark.

Eternal second in the segment, Free confirms its rank as the leading alternative operator. It maintained its rate of third with 239,000 new customers (including migrations) in the 1st quarter, its total customer base passed a milestone and now includes more than 4 million fiber subscribers. Still third in terms of recruitment with 172,000 new FTTH customers; Bouygues Telecom now has 2.5 million FTTH customers, or 55% of its total base at the end of March.

Behind, SFR is still losing market share. The operator announced that it had recruited 120,000 fiber subscribers, down slightly from the previous quarter. Its performance appears during each exercise far below its rivals, especially since thehe fiber customer base for France includes FTTH, FTTB and 4G Box subscribers.

Mobile and box comparison: what are the star operators at the moment in 2022?