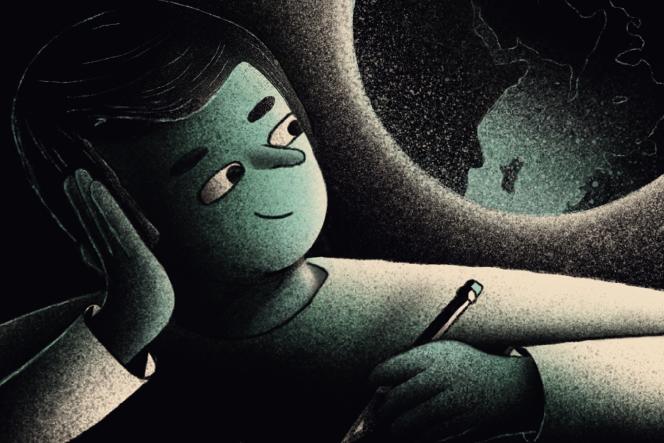 Lhe possibility of hiding one’s identity in the public space, by presenting oneself there under a pseudonym, has always had two very different functions. It allows those who must, in order to speak or act, defy taboos to (try) to escape the repression that threatens their freedom, their job or their life. Activists, resistance fighters and whistleblowers can – and that’s a good thing – use it. But it also has another function, less noble, that of allowing the performance, while remaining hidden, of acts that harm others: denunciations, harassment, defamation, calls to hatred.

These two possibilities are at work today on social networks, and the second, which generates many debates, leads many speakers to ask for the removal of “pseudonymity”. Our purpose is not to take sides on this point, but to question what the possibility of the mask (in other words the pseudonym) can cause in the heads, and in particular in those of the youngest.

What does the use of a pseudonym represent, psychologically?

Supporters of the use of pseudonyms on the networks generally rely on two arguments. First of all, they challenge the impunity that these aliases would give to the perpetrators of offences, recalling that it is possible for the authorities to search for the identity they hide. It is indisputable, but the fact remains that, even without giving them, in reality, impunity, pseudonyms certainly increase the fantasies of impunity of these authors. They are not in fact unaware of the difficulties of such research; difficulties which, increasing the powerlessness of their victims, can also reinforce their own feeling of omnipotence.

The obstacles to a being’s freedom are in fact of two kinds: they can be external to him, real, and thereby expose him to dangers which are just as real. But they can also be interior, fantastical, and nevertheless as frightening and generating suffering for him as if they exposed him to real risks.

Some people, for example, say the fear they always have of expressing, even in front of relatives, and even on trivial subjects, their opinion. They suffer from not succeeding in expressing, through an “I” that differentiates them from others, their singularity, and often attribute this impossibility to their “personality”. To discover, in analysis, that this fear was in fact built in them in their childhood, due for example to parents who, deciding everything for them, denied their right to speak. Putting in place a prohibition that their children could not cross without displeasing them, these parents forced them into silence, but also, by that very fact, prevented them from taking the path that every being must take to dare to speak. Speech indeed – the French language says so – is “taken”. And, with regard to the question of the pseudonym and freedom, this notion is essential.

You have 58.81% of this article left to read. The following is for subscribers only.

Is anonymity on social networks a factor of freedom? The psychoanalyst Claude Halmos responds