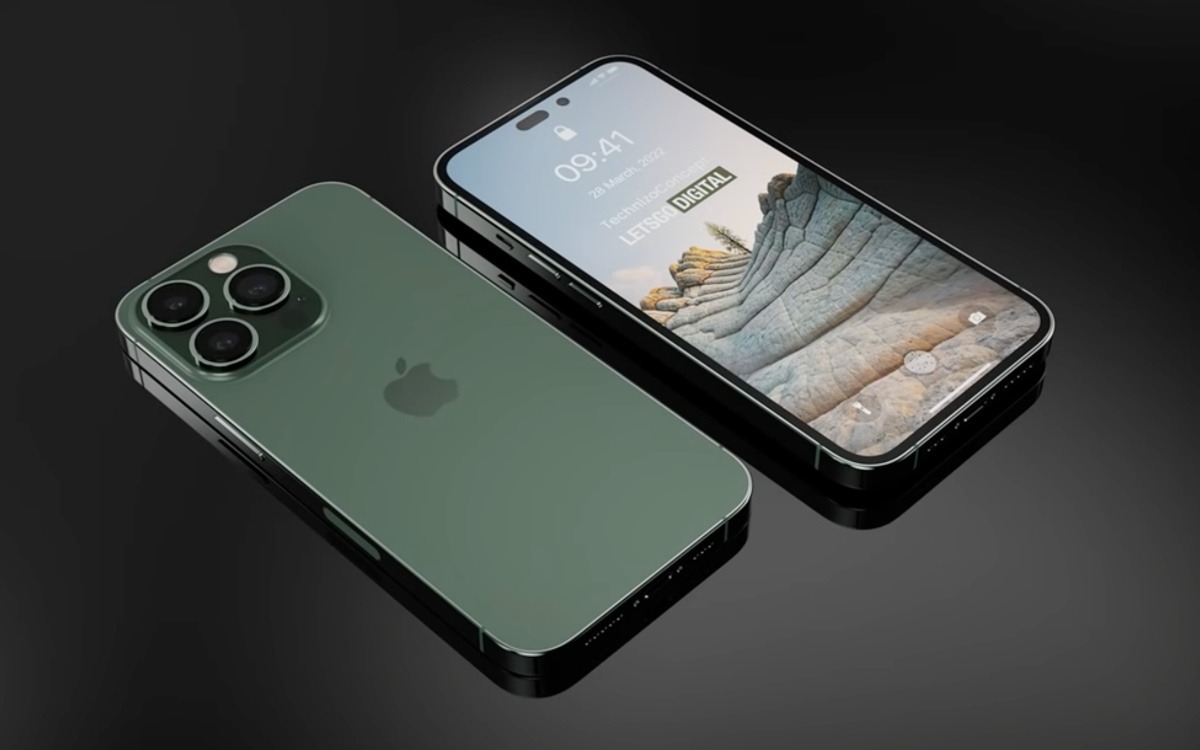 The iPhone 14 Pro would finally be equipped with an Always-on screen. Thanks to a new LTPO panel capable of going down to 1 Hz, the user could permanently display important information on the screen, as is the case on Android. At the same time, information from China suggests that Apple is experiencing delays in its production.

Like the iPhone 13 Pro launched last year, the iPhone 14 Pro should inherit a 120 Hz ProMotion screen. Thanks to their adaptive screen frequency, smartphones can adapt to what you do. If you watch a series or play a game, the frequency increases. If you look at a photo or a PDF file, the frequency goes down to limit the impact of this technology on autonomy.

In detail, the frequency of the screen is constantly oscillating between 10 and 120Hz according to the user’s needs (games, reading, etc.). With the iPhone 14 Pro and Pro Max, Apple could offer a panel capable of going down to 1 Hz.

Finally an Always-on screen on iPhone

Thanks to a panel capable of going from 1 to 120 Hz, the Cupertino giant could for the first time integrate the Always-on screen to its smartphones. For Ross Young, a well-known insider and CEO of Display Supply Chain Consultants (DSCC), an industry analyst firm, it’s a possibility. Asked on Twitter about this, the leaker claims to expect it without being able to confirm. Mark Gurman, journalist emeritus at Bloomberg, agrees.

Like most Android smartphones, the new high-end iPhones could therefore permanently display important information, such as time, messages, weather or number of emails received. There is a similar option on Apple Watch since Series 5, whose screen can go down to 1Hz. The iPhone 14 and 14 Max, without a 120 Hz ProMotion screen, will obviously be deprived of the option.

To integrate the always-on option, Apple would rely on a new range of LTPO screens. LTPO technology (low-temperature polycrystalline oxide thin-film transistor) has already enabled the brand to limit the energy consumption of the 120 Hz screen of the iPhone 13 Pro. Like last year, the panels will be supplied by Samsung, the leader in the display sector.

On the same subject : iPhone 14’s new selfie sensor may drive up the price

iPhone 14 production is falling behind

According to the information relayed by our colleagues from Nikkei, the production of the iPhone 14 would have recently accumulated a little delay. the “development of at least one of the new iPhones” recently got bogged down in China, the outlet said, citing unnamed sources close to the matter.

Unsurprisingly, the production lines were delayed due to the containment decreed by the Chinese government. To stem the surge in Covid-19 cases, China is imposing strict measures on its citizens. In order to avoid a complete shutdown of its activities, Foxconn, one of the main manufacturers of Apple, applies a “closed loop” system. The workers are confined within the factory and are forced to sleep, eat and relax on site after their 12-hour working day.

For now, the American group seems determined to launch its new iPhone 14 at the beginning of September 2022. “If the development process can be accelerated and taken to the next level around the end of June or the beginning of July, then it should still be possible to meet the mass production deadline of early September.”, underlines another supplier interviewed by Nikkei, who specifies that everything depends on the Chinese authorities. It is also rumored that the keynote would take place on September 13.

Can’t confirm, but expecting it.

iPhone 14 Pro: Apple would finally add an Always-on screen like on Android