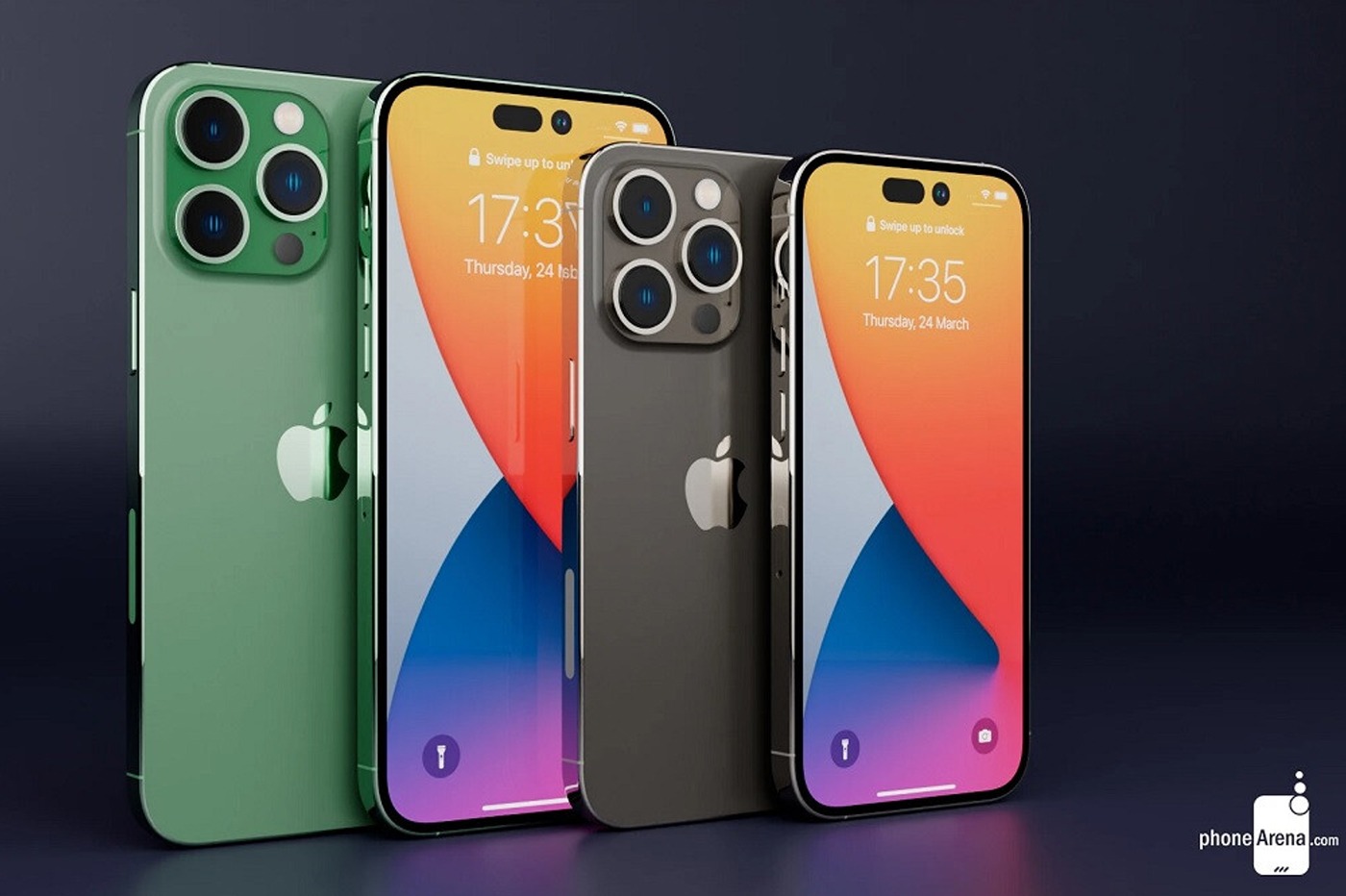 Like every year, Apple is preparing a new generation of iPhone. After iPhone 13 rather stingy in novelties, the Californian brand is expected at the turn. The iPhone 14 must imperatively be distinguished by new features and improvements.

Several months before the release of smartphones, a plethora of leaks appeared on the web. These indiscretions raise a very complete portrait of future flagships of the Cupertino giant. We take stock of what we already know about the iPhone 14.

A range of 4 iPhones

All the leaks agree that Apple will be released four different iPhones This year. On the other hand, the Cupertino company would have reviewed the composition of its offer compared to last year. Disappointed by the sales of the iPhone 13 mini, the group would abandon the compact format. Very attentive to the market, and sometimes to users, Apple would replace the mini edition with a second Max version. This new variant should be distinguished by a 6.7 inch screen and a more contained selling price.

We can still hope that the small iPhones are not dead, the iPhone SE is still in the catalog, and Apple would radically change its design in its next update. We could then imagine an iPhone SE that no longer looks like an iPhone 8, but a current iPhone mini.

Anyway, the iPhone 14 range would therefore consist of a standard iPhone 14, an iPhone 14 Max, an iPhone 14 Pro and an iPhone 14 Pro Max. Apple would again split its offer into two affordable models and two premium editions. With this approach, the brand hopes to appeal to a wide range of consumers.

With the iPhone 14 Pro and iPhone 14 Pro Max, Apple would usher in a new design. The brand should make a cross on the notch inherited from the iPhone X. For the first time, the TrueDepth sensors needed for Face ID facial recognition will be housed in a hole in the screen. The leaks predict an elongated double hole in the shape of a pill, the width of which would approach that of the notch of the iPhone 13.

This new, more modern design would be reserved for the Pro editions. The standard iPhone 14 and 14 Max should be content with the same aesthetics as the iPhone 13. On the program of affordable editions of the range, we would therefore find the notch.

The four models in the range would obviously take up a large part of the fundamentals introduced by previous generations. It is expected that Apple will reuse the flat and angular edges inherited from the iPhone 12 and the camera housed in a massive block.
Last point, the Lightning port would be back. Apple still wouldn’t prime the shift to USB-C, planned for 2023.

The ProMotion screen was one of the main novelties of the iPhone 13 Pro. Thanks to LTPO (Low Temperature Polycrystalline Oxide) technology, the screen can adapt the display frequency to the needs of the user. Between a session gaming and playing a video, the refresh rate could fluctuate between 24 and 120 Hz on the iPhone 13 Pro.

Contrary to early rumours, it looks like the 120Hz display will be reserved for Pro editions again this year. We are also talking about an improved touch screen compared to 2021. The ProMotion screen of the iPhone 14 Pro would be able to maintain itself at 1 Hz, like the screen of the Apple Watch.

This change would allow provide a screen always-on on iPhone. Clearly, the lock screen could permanently display information such as the time, the weather or the last notifications received. For their part, the cheaper versions will have to make do with a 60 Hz screen.always-on on iPhone 14/14 Max.

Contrary to custom, Apple would rely on two different chips. On the iPhone 14 Pro and Pro Max, we should find the new A16 Bionic chip. Still engraved in 5 nm by TSMC, the chip would offer better performance, especially from a graphics point of view. For their part, the iPhone 14 would be powered by an A15 Bionic chip. This is the same SoC (System on Chip) as the iPhone 13s. Leaks claim that Apple has made some improvements to the chip over last year’s version.

On the other hand, all the models in the range would be entitled to 6 GB of RAM. Last year, Apple reserved the 6 GB of RAM for the Pro editions. Again, not all variants would be equal. While iPhone 14 Pros would take advantage of LPDDR5 RAM, lower editions would end up with LPDDR4X RAM modules. More recent, the LPDDR5 standard guarantees more speed and lower energy consumption.

Finally, Apple would make serious improvements to the photography part. The leaks talk about the disappearance of the 12-megapixel wide-angle sensor on the iPhone 14 Pro. As a main objective, the group would focus on a 48 megapixel photo sensor. This new photo module should also allow you to record videos in 8K. Unsurprisingly, the Californian giant would reserve the 48 megapixel sensor for the most expensive versions. On the iPhone 14/14 Max, we expect to find a main lens of 12 megapixels.

However, all models in the range should benefit from a new front sensor for selfies. The lens would be equipped with autofocus, which should greatly improve the quality of selfies.

A price hike at Apple

With the iPhone 14, Apple would again increase the price of its smartphones. Leaks talk about$100 raise on all models in the range. In the US market, the price list would range from $799 to $1,199. An increase applied in the United States obviously risks having an impact on prices in the rest of the world, particularly in Europe. Between the reality of the increase in manufacturing costs, linked to the shortage of components, transport, collateral effects of inflation, and the desire to spare (or for some to increase its margins), Apple is spoiled for choice. to justify price increases. They would be all the less surprising since theiPhoneSEan accessible family smartphone, saw its price increase by forty euros for its entry-level model last March.

Typically, Apple introduces its new iPhones at the beginning of September. The keynote is always organized on a Tuesday. Pre-orders then start on Friday. Smartphones arrive in stores a week later.

In 2020, Apple was forced to postpone the launch of its iPhone 12 because of the delay accumulated by its production lines. Some leaks suggest that the American group would be again forced to postpone the presentation this year. The confinements decreed in China have recently slowed down the manufacturing of the iPhone 14. Meanwhile, other sources claim that Apple plans to catch up and that a launch date has already been set. It would be the Tuesday, September 13, 2022.