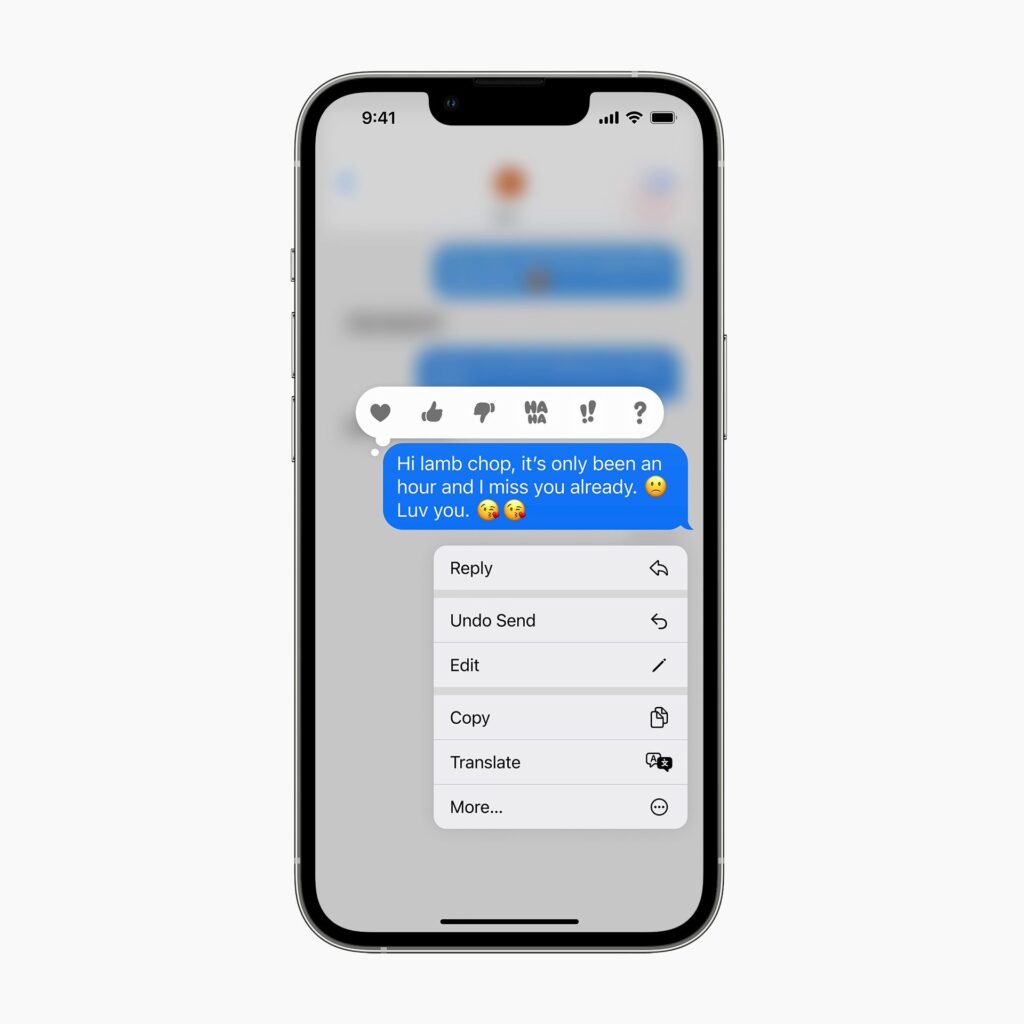 In addition to the new features officially presented by Apple, iOS 16 will benefit from a myriad of small improvements on which Apple has not expanded. Among these, we have selected ten that should significantly improve your daily use of the iPhone.

WWDC 2022 opened around Apple’s flagship operating system. To begin his keynote, Craigh Federighi outlined what’s coming in iOS 16, the next version of the iPhone OS. And the least we can say is that Apple has gone all out. For nearly 45 minutes, the senior vice president of software engineering and his team presented at an explosive pace the main new features that will be deployed by next fall in iOS 16.

But beyond these very important innovations, the teams in charge of the development of iOS have, like every year, worked on a multitude of small improvements which, if they do not represent a revolution, promise to significantly improve the use of iOS. We have selected for you a dozen small new features of iOS 16 ignored (or almost) by Apple.

1. Edit, recall or retrieve a message

During its Keynote, Apple quickly mentioned the case of Messages. If the Californian company has unveiled several new features in its messaging application, it has not really gone into detail. Concretely, you can edit and recall a message sent a little too quickly for a period of 15 minutes after sending it. Even better, if you accidentally deleted important messages, iOS 16 will allow you to recover them for about 30 days after deleting them.

2. Schedule the sending of an email or recall an email

Mail, the native iOS mail client has not been forgotten either. iOS 16 allows Apple to catch up on the competition, drawing inspiration in particular from Gmail, since you can now schedule the sending of your e-mails in Mail. And that’s not all, since you can also cancel the sending of a message for about ten seconds after pressing the Send button.

You may never use it, but iOS voice dictation can be extremely handy for quickly entering text without having to type it. In iOS 16, dictating a long text will take on a whole new dimension since the feature will take care of automatically inserting punctuation. No need to manually insert commas, periods and other question marks to give rhythm to your writing.

You will finally be able to use Apple Maps to plan the route of your road trips. Apple’s mapping application will allow you to plan a route with several stops. Available on all Apple devices and synced with your iCloud account, you can use it from your Mac to plan your trip before finding your route in Maps on iOS.

5. Form available even without Apple Watch

Form, the application which allows you to consult the history of your physical activity measured using the sensors of an Apple Watch on the iPhone, will be, under iOS 16, usable without Apple Watch.

To measure your activity, the application will use the various motion sensors of your iPhone to measure your number of steps, the distance traveled, and can even give you an approximate range of the number of calories burned during your day.

6. Haptic feedback on the keyboard

While we no longer expected it, haptic feedback will arrive on the keys of the virtual keyboard of iOS. The option, which will have to be activated manually in the Settings of the iPhone, will allow you to feel a slight vibration each time you press a key on the keyboard, a good way to know if you have not missed a letter if you happen to be typing text without looking at your screen.

While Android makes it easy to display the Wi-Fi connection password in its settings, Apple had so far omitted to integrate this possibility into iOS. If the iPhone OS knows Instantly share Wi-Fi connection password between iOS devices connected to the same iCloud account or whose owners are registered in your address book, it was not until now possible to display the password of your wireless connection in plain text. iOS 16 will fill this gap and will integrate in the Wi-Fi Settings, a line on which it will be enough to put your finger to reveal the password of your network. You can then copy it to the clipboard and easily share it with your guests.

Until now, it was necessary to double ingenuity for those who wanted to hide photos that were a little “ole ole” in the iOS photo library. It was necessary not only choose one by one the photos to hide in the Hidden Albumbut also explore the iOS Photo Settings to hide this album.

In iOS 16 things should be a bit simpler. Apple has indeed planned to lock by default the Hidden Album in which you hide your unmentionable photos as well as the Recently Deleted album which contains photos deleted during the last thirty days. To access it, you will need to authenticate via Face ID, Touch ID or using your unlock code.

9. Detection of duplicates in the photo library

This is undoubtedly one of the essential functions that Apple should have integrated for a long time into the photo library of iOS: the possibility of automatically searching for duplicates to delete them and free up space. With iOS 16, the Photos application will automatically detect all duplicate images and classify them in a dedicated Album. You will then have plenty of time to consult it in order to carry out a proper cleaning.

The editing features built into Photos may be easy to use, but applying the exact same adjustments to multiple images can quickly become time-consuming. If you think you’ve found a perfect adjustment combo to enhance your images, iOS 16 will allow you to copy your editing settings and paste them on one or more other images in your photo library, so you can apply your edits in bulk in just a few seconds.

iOS 16: these ten new features will simplify your daily life on iPhone