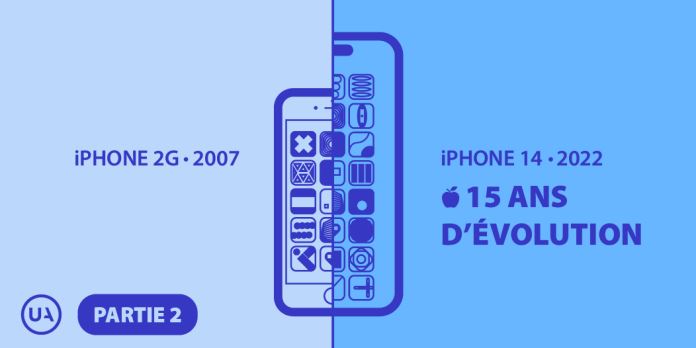 On November 22, 2007, the iPhone 2G was released in France. Apple will shake up telecoms and its leader, Nokia, but also change the face of the web, freed from the computer. 15 years later, in a world where access to the web is mainly from smartphones, what has been the contribution of mobile to the internet?

Continuation of our exploration in five new key points. The first five are to be found here.

From mail to notification and messaging, real-time information and conversational marketing

With the development of apps, a new communication channel has imposed itself on companies with the arrival of push notifications on iOS 3 in 2009. Terribly effective in the battle for attention, addressing a target in affinity (because having downloaded the application), this new channel, specifically mobile, completes SMS, which is more universal but also more expensive and unrelated to services.

With opt-in rates of over 80% on Android and 50% on iOS, push notifications also benefit from a click-through rate (between 3.4% and 4.6% depending on the OS) which make it a privileged tool for creating usage on apps. And advertisers had to learn to play the complementarity and the pressure between e-mails, SMS and notifications, accelerating the need for centralized CRM platforms and marketing automation tools.

The latest innovations such as Live Activities that appeared on iOS 16 further strengthen the real-time and contextual aspect of notifications and make these features (just like widgets) real communication capsules extending the presence of brands on their users’ terminals.

Given the success of mobile notifications, web push notifications have appeared to provide (almost) identical functionality on websites and computers.

At the same time, smartphones have also imposed instant messaging (WhatsApp, Messenger) as the preferred interaction channel – first between individuals and then with companies – gradually imposing more direct, more personal conversational marketing and stronger proximity. between brands and their customers. 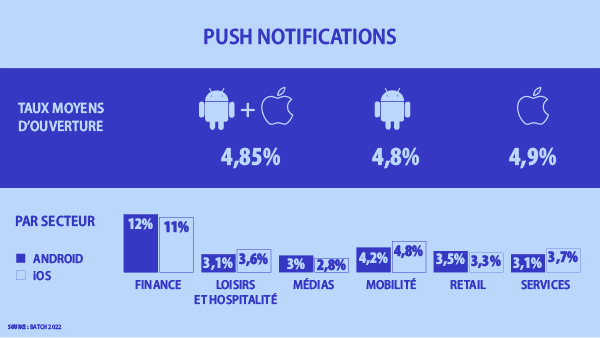 Average open rate and by sector of the push notification

From fixed to mobile, location at the heart of the experience

One of the major contributions of mobile to the web remains the simplification of user geolocation. By allowing localization via GPS, smartphones have completely democratized the integration of the user’s position in the contextualization of services. A functionality at the time reserved for professional uses and terminals (fleet of vehicles), whether on “geocentric” services such as Google Maps, Waze or Uber, or more traditional services integrating geolocation (such as on the media for local info).

Coupled with real-time notifications, the location of users is gradually allowing the emergence of alert services for home automation, for example (home entry/exit detection) or the forgetting of keys or any other object associated with Airtags.

With the arrival of LiDAR (Light Detection and Ranging) on ​​the iPhone 12, it is now the micro-location and management of very short distances and objects in space that will enable the development of new services.

The mobile has thus made the Internet go from a static, asynchronous and “device centric” mode, to a contextual, real-time and “user centric” mode, where the services are attached to a person and his environment. 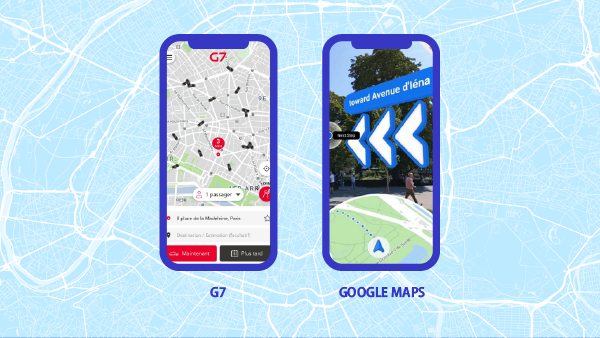 From password to biometrics, a new way of living and interacting with the world

Where the fixed Internet connected the home or the office, the use of the Internet on smartphones, associated with connected objects, makes it possible to gradually connect the whole world and to make the mobile the remote control allowing to control and interact with this one.

First, by securing the authentication of people with the democratization of biometrics, an advance perhaps even more impressive than geolocation. Whether face or fingerprint recognition, the mobile has become the primary authentication key, beyond the “trusted terminal” use used by banks for strong authentication.

Thanks to this security and the integration of technologies such as the QR Code (and yes!), Bluetooth, NFC (Near Field Communication or RFID (Radio Frequency Identification), the mobile has become an access terminal and as a payment terminal in traditional shops. The iPhone has now become a veritable electronic wallet storing car, house and office keys, bank cards and loyalty cards, Navigo passes, train and plane tickets and in concert… The decree of April 26, 2022 even endorsed the creation of a means of electronic identification called the Digital Identity Guarantee System (SGIN), paving the way for the dematerialization of identity cards and passports.

All this by relying in particular on sensors (integrated into the smartphone or present in Apple Watch type extensions) allowing us to gradually accompany us in the management of our activity and our health. One can be fascinated by the extreme miniaturization of components, sensors and computing power which are democratizing certain technologies still reserved for Nobel Prize winners fifty years ago.

From cookie to health information, the major issue of personal data

As we can see, the capture of increasingly personal and sensitive information (geolocation, payment, biometrics and health) and the permanent use of an Internet connection in our lives have multiplied the opportunities for data collection by businesses.

Mobile has radically accelerated the need to change the legal framework around consent and the use of user data, which notably led to the implementation of the GDPR (General Data Protection Regulation) in 2018 and then of the Digital Markets Act (DMA) and the Digital Services Act (DSA) in 2022.

Beyond regulations, the use of the smartphone in private life, associated with social networks that allow instantaneous and large-scale distribution of content, upsets our relationship to ourselves and to others.

From voice to services, mobile is eating the world

In 2014, Benedict Evans published a study that became famous and whose title was “Mobile is eating the world”. The trend hasn’t reversed since and the iPhone, by tying the Internet to the individual, gave Tim Berners-Lee’s invention superpowers. Information, media and social networks, entertainment (music, photography, cinema and TV, video games), commerce and payment, education and work,… beyond the internet, few sectors seem to escape the smartphone.

15 years after its launch and after discarding tablets, wearables and the wave of iOT (on which it is based), the iPhone can approach the surge of Web3 and the 15 years to come with relative serenity as to its place. in our world.

Evolution of Apple’s revenue since 2010

To (re)discover the first part of this article, go to this way.

Born with the 1st iPhone, USERADGENTS supports you in the strategy, design and development of your sites and mobile applications. You have a project ? Contact us!

How the iPhone has changed the Internet in 15 years? [PARTIE 2]