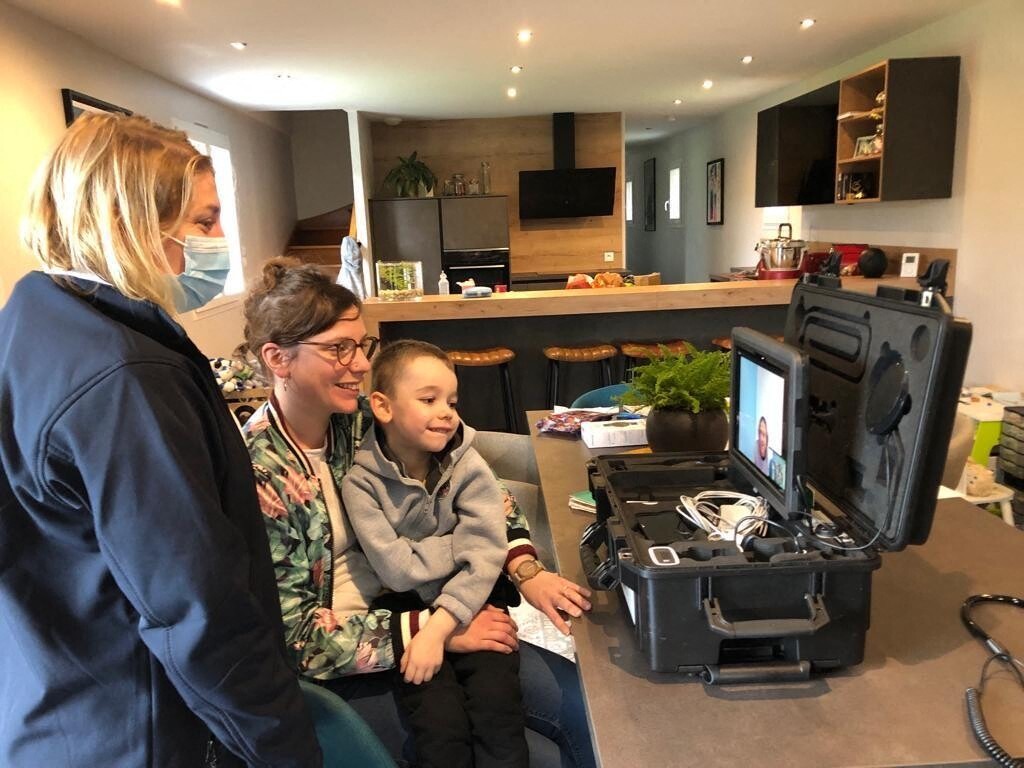 “It’s a hit, but we don’t continue”, despairs Justine Mortelecque, nurse within the SMM company of Sauv Life, regarding the continued deployment of themobile telemedicine unit on Dieppe territory. “We are in a white plan, in a tense epidemic period, I do not understand why we are not renewing our service. »

Lionel Lamhaut, a doctor in the Paris region, launched the Sauv Life application. Health professionals can fill in their data and in particular their diplomas. As soon as a person has a cardiac arrest, the nearest health personnel listed in the application can come to their aid.

To respond to medical deserts

Subsequently, the creator of Sauv Life invested in connected vehicles and briefcases to launch a mobile telemedicine unit.

In Seine-Maritime, in experimentation since August, a vehicle is thus attached to the Rouen region and another to the Dieppe region. It is the association ASSDA, the association of rescue and first aid of Dieppe which is in charge of it.

If the initiative is working very well, as the company nurse explains, the trial period has ceased to operate since Wednesday, November 30, 2022.

The ARS wants to assess the effectiveness of the service

The purpose of the mobile teleconsultation units is to respond to unscheduled care at home and avoid emergency visits for all people of all ages (except for young children) when triggered by the Samu regulating doctor.
As part of the deployment of departmental plans for emergencies and unscheduled care, which are based on the recommendations of the national flash mission and on the ministerial instruction of July 10, the ARS, the Regional Health Agency, has supported the setting up on an experimental basis during the summer and until the end of November of a mobile teleconsultation unit for each of the territories of Rouen, Dieppe and Alençon in the Somme.
“At the end of this experiment, ARS Normandie will quickly evaluate with the health establishments and the Samu concerned the effectiveness of the system and its method of organization, with the aim of a potential sustainability of this type of activity, as allowed by the instruction of November 17, 2022 relating to support measures for the health system during the fall and winter of 2022-2023”, said the ARS in a press release.

Since its launch, 192 interventions have been carried out with the Dieppe population, including 96 for people over 75 years of age.

“The service is accessible from 3 years old. We are triggered by the Samu. We then do a video briefing with our doctor with our briefcase and we go to the patient, ”explains Justine Mortelecque.

A dozen people made up the Sauv Life SMM team.

The nurse affirms “that we make ourselves really useful, we take the time to accompany the person, we can go get him some medicine, contact a private nurse to come and treat him or make him make an appointment with a doctor. treating. We provide comprehensive care, it’s really a medical consultation”.

Today, the professional hopes that the SMM will see the light of day again, knowing that cities like Saint-Lô or Avranches have had a favorable response from the ARS to renew the service. “I really want to feel useful and fulfill a nurse’s dream by caring for patients without pressure,” she says.

According to our infirmations, the initiative could still see the light of day in the coming months.

Was this article helpful to you? Know that you can follow Les Informations Dieppoises in space My News . In one click, after registration, you will find all the news of your favorite cities and brands.

Health: the mobile telemedicine unit interrupted in the Dieppe region

The end of iMessage green bubbles with the Sunbird app Computerworld
Elisabeth Borne: this forbidden pleasure that she allowed herself at the Assembly – Gala
YouTube sports a brand new design and exciting new features
Tweet
Share
Share
Pin