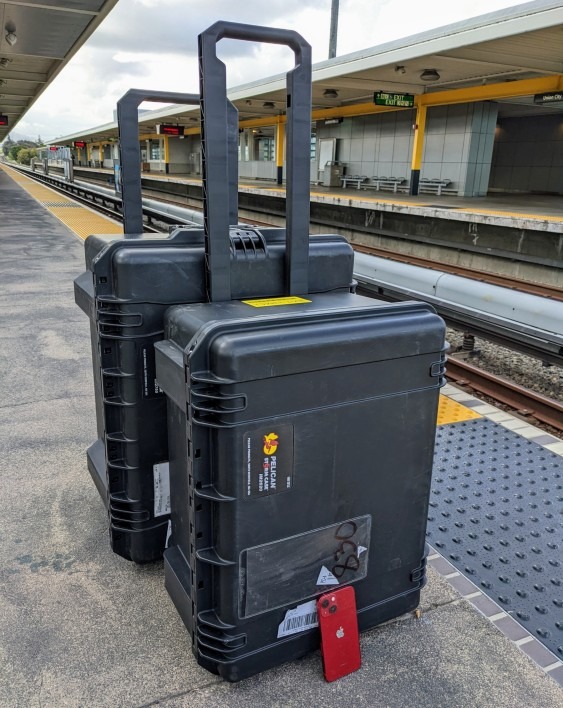 Repair your iPhone yourself. This is the dream sold by Apple to enlightened amateurs with its program Self Service Repair launched in the United States for the iPhone 12 and 13. Sean Hollister, journalist at The Verge, jumped at the chance and asked for the famous repair kit to replace the battery of his iPhone mini. But it was a real obstacle course that he endured.

If the battery costs only 69 dollars and the rental of the tools 49 dollars, you have to pay an astronomical deposit of 1200 dollars to have access to the kit, knowing that you should not keep it for more than a week. You must also enter the IMEI number of your phone to prove that you are the owner. And having read the repair manual which specifies that you have to keep a bucket full of sand with you in case the battery catches fire. What to hesitate to start.

The delivery of the kit to Sean Hollister arrived two days late as the countdown had already begun. It started badly. But above all, he did not look at all like what the journalist had imagined. He expected to receive screwdrivers and pliers in a small box. Instead, two giant Pelican crates weighing almost 36 kilos were delivered to his door.

Sean Hollister mustered up his courage and dragged the whole thing to his office in San Francisco by train. Once unpacked the contents, he discovered professional equipment. Something to inspire confidence, since he was going to carry out a repair with Apple spare parts and Apple tools.

The opening of the smartphone is supposed to be able to be done just by heating the seal around the screen to melt it. Except that this requires doing it several times and that the journalist experienced many cold sweats, believing that he was destroying his device. Problems that are not mentioned in the Apple documentation.

Some tools have proven to be extremely sophisticated, but never practical enough for sometimes unnecessarily complicated manipulations. “Apple needs three different screwdriver bits just to remove the screen, and none of the bits are magnetized to prevent the screws from slipping out”says Sean Hollister.

Have the parts validated remotely

Same observation then to insert a new battery. The journalist had at his disposal a magnificent press, but nothing to position the drums correctly. He failed to close the phone perfectly. And most importantly, when he tried to turn on the iPhone, nothing happened. The battery actually had to be recharged. If it had been miswired, he wouldn’t have known. Eventually, he was able to open the device, but not get it to work, because the iPhone didn’t recognize the new battery.

And there was still one final step: call Apple’s third-party logistics company so they could validate the part. It’s a process that involves restarting your iPhone in diagnostic mode and giving it remote control. And therefore partly restores the interest of doing everything yourself.

For the journalist The Verge, this is all just a charade. Apple gives the impression that it supports the right to repair, but it makes it nearly impossible. How can you imagine that the American giant seriously considers for a single second to ship these giant trunks across the country? It would cost him a fortune, not at all commensurate with the $49 rental charge. But he will be able to affirm to the legislators that he left the choice to people to repair their devices themselves, and that they preferred to call on his services, or those of authorized repairers.

Remember that Apple fought in twenty American states against the right to repair so as not to have to market spare parts directly to users. The announcement of its Self Service Repair program surprised everyone at the end of 2011. But many observers immediately pointed out its limitations and the fact that few people would ultimately be affected by this offer.

He requests a repair kit from Apple, he receives two suitcases of 35 kg tools