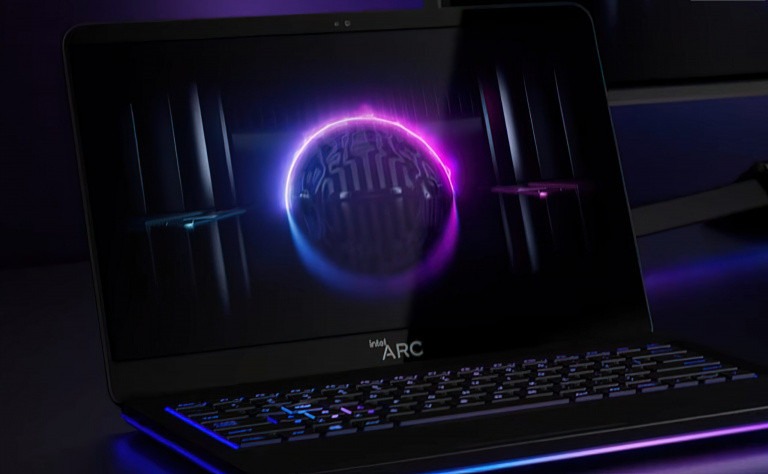 Never better served than by yourself? That’s what Intel must have thought yesterday when it published a comparative benchmark of its two most powerful graphics processors for laptops. And the least we can say is that the results, even nicely coated, are not really up to our expectations.

But where does Intel really want to go with its graphics cards? Announced with great fanfare last year, eager to shake up the hierarchy and offer a credible and cheaper alternative to gamers, Intel seems to have been floundering in the semolina since then and no longer really know which foot to dance on.

Multiple delays, availability limited to the Chinese market or to PCs already assembled, one thing is certain, this generation, even if it is intended to serve as a test for Intel, will not tickle a toe from AMD or Nvidia who are already focused on the launch of their RX 7000 and RTX 4000 series.

Worse still, each leak that falls shows us cards with performance well behind what was originally announced. On the desktop card side, the A380 can’t stand up to a 2019 GTX 1650 and struggles to compete with AMD’s entry-level, the RX 6400.

It is therefore in the Arc 7 series that all our hopes rest, but there again,
a few weeks ago
we discovered that the A730M, the second most efficient model in the range, struggled against a simple RTX 3060.

Not content to see mediocre results leaked on social networks, Intel has therefore decided to publish its own benchmarks for its two “high-end” graphics chips.

Intel wanted to prove to us that its cards were respectively more powerful than an RTX 3050 Ti or an RTX 3060 (exit the expected and promised comparison with the RTX 3070…) and provided us with the following table:

Orange yellow card on this one for Intel, which does not seem to know which foot to dance with its graphics cards. It is now hoped that the next generation will be better able to compete with the best cards from AMD and Nvidia and not with the entry-level models.

Graphics cards: Intel unveils the performance of the Arc Alchemist A730M and A770M, exciting or disappointing?