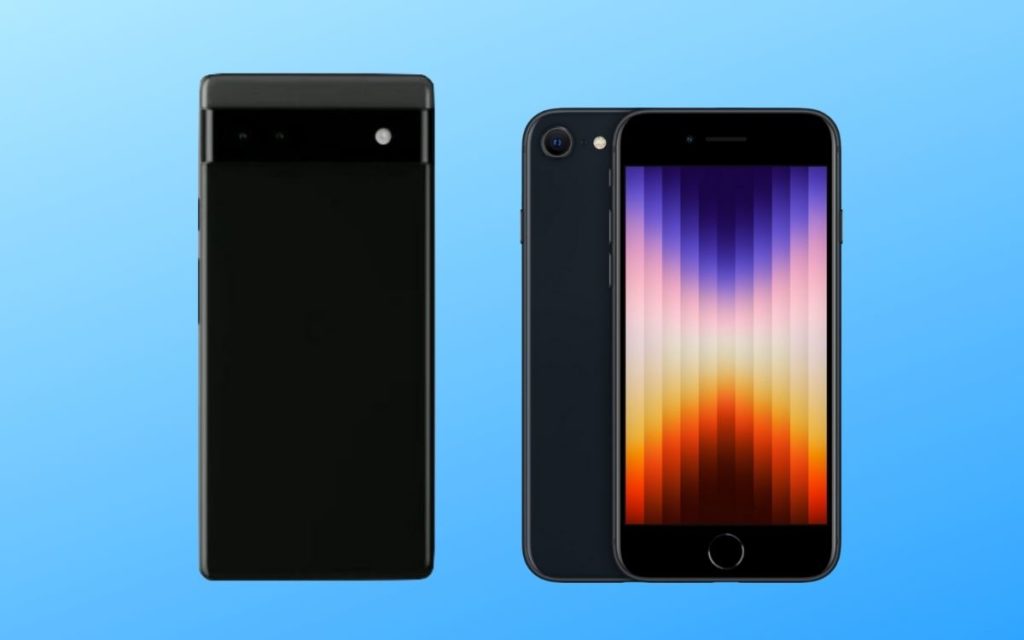 The newly announced Google Pixel 6A and the new iPhone SE each feature the latest processors from Google and Apple, but there are plenty of differences. Which should you choose between the two? Comparative.

Google’s new phone will launch in July, with many of the Pixel 6’s best attributes, including its two-tone design, Tensor chip and photography features. In contrast, the Pixel 6a has a smaller screen and does not charge wirelessly. Apple’s iPhone SE meanwhile debuted in March and has the same processor that powers the iPhone 13. However, it’s packed into the body of the 4-year-old iPhone 8.

We’ll learn more about how the Pixel 6a performs once we’ve had a chance to try it out. But in the meantime, here’s how the next Pixel compares to the new iPhone SE based on what we know so far.

One of the main advantages of the Pixel 6a over the iPhone SE is its storage capacity. Google’s new phone will come in 128GB of storage, while the cheapest iPhone SE only has 64GB of space (it’s however available in 128GB at €579 or 256GB at €699) . Neither phone supports microSD cards, so you’ll have to choose wisely.

Pixel 6a vs iPhone SE 2022: a much bigger screen for Google’s smartphone

One of the biggest differences between the Pixel 6a and the iPhone SE is their size. Google’s new phone has a 6.1-inch screen, making it about the same size as the iPhone 13. The iPhone SE is almost identical to the iPhone 8 at 4.7 inches.

But it’s not just a question of size. The Pixel 6a has a more modern design, with a nearly borderless display and a fingerprint sensor located below the display. Some people might prefer this newer aesthetic to the retro look of the iPhone SE. Google’s phone also has an OLED display panel, which generally offers more pleasing color and contrast than LCD screens like the one found on the iPhone SE.

Read also : iPhone SE 5G test: should you fall for its incredible performance?

Pixel 6a vs iPhone SE 2022: few differences in terms of performance

Both phones are powered by the latest processors from their manufacturers. The iPhone SE packs Apple’s A15 Bionic, while the Pixel 6a will feature Google’s Tensor chip, the company’s first in-house mobile processor.

Either way, you’ll get fast performance and features you won’t find on phones made by other companies. Google’s Tensor chip, for example, takes advantage of Pixel-specific photography features (like Magic Eraser or Real Tone). The iPhone SE, meanwhile, has some iOS features that aren’t available on older iPhones with aging processors, like Photographic Styles and Spatial Audio in FaceTime.

Theoretically, Google’s new phone should offer more flexibility when taking photos thanks to its ultra-wide photo sensor. The iPhone SE’s single-lens camera works well, but its lack of an ultra-wide lens means your field of view will be far more limited than the Pixel 6a’s.

However, it is difficult today to make predictions about the quality of photos based on specifications alone. Image processing algorithms also play a huge role. Definitive response to the Pixel 6a release.

Pixel 6a vs iPhone SE 2022: battery and autonomy, which will be the best?

Both phones support wired fast charging, although you need to purchase a power adapter separately. But unlike the iPhone SE, you won’t be able to charge the Pixel 6a wirelessly. This is one of the few compromises Google has made to offer a competitive price.

Both phones are rated for water resistance at IP67, which means they should be able to withstand submersion in up to 1 meter of water for 30 minutes, according to Apple’s website. Both phones also support 5G.

Google and Apple adopt similar approaches for their phones. The Pixel 6a is essentially a smaller, cheaper Pixel 6, while the iPhone SE is better suited to those who prefer classic iPhone models, with smaller screens. Which one suits you best? Much will depend on your preference for iOS or Android. Otherwise, the main factors to consider will be screen size, camera quality and battery life, which we’ll see in our Pixel 6a review.

Google Pixel 6a vs iPhone SE 2022: what are the differences?