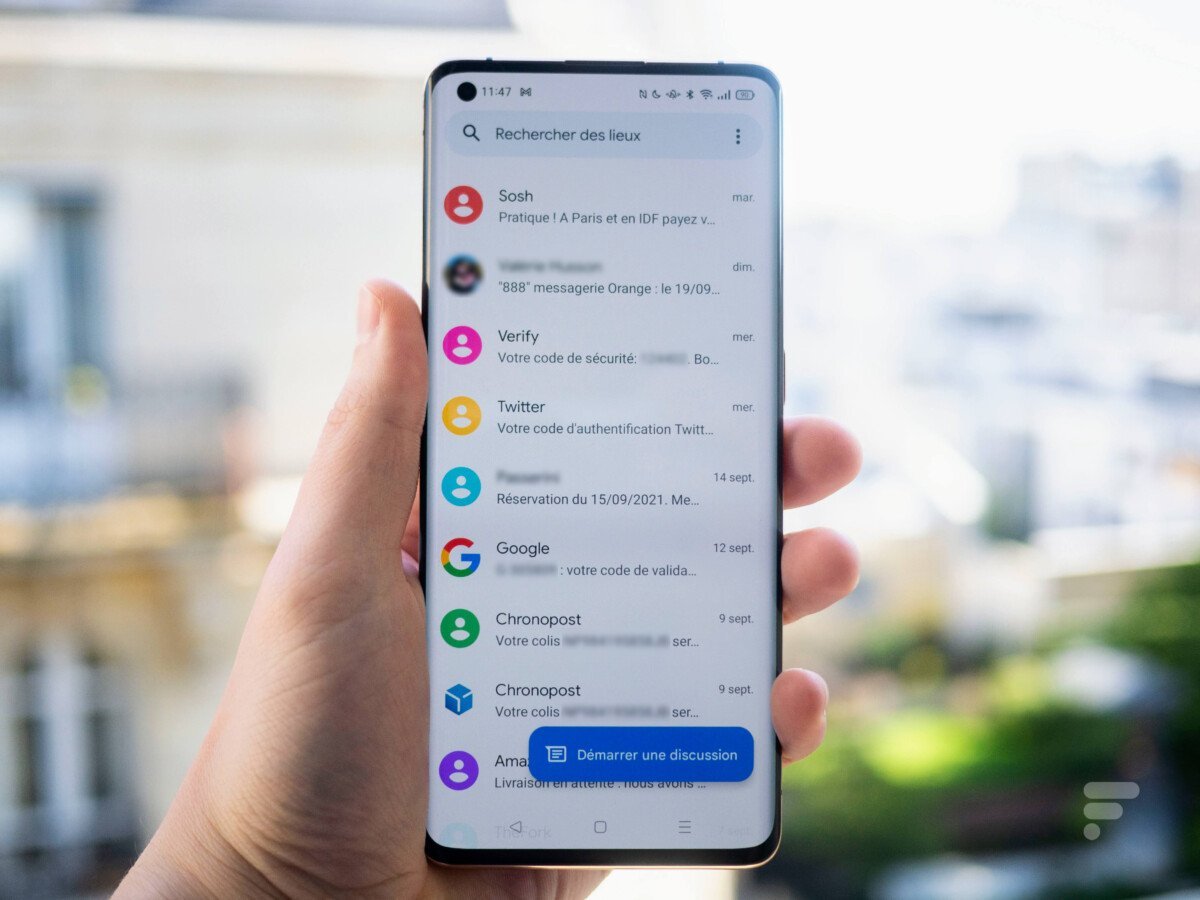 A future update from Google could offer you actions for certain messages: adding to favorites or planning.

Google continues to improve its Google Messages appafter the announcement of end-to-end encryption for RCS group chats a few days ago. Today, we learn that Google Messages could soon receive an update that will offer actions based on the messages you receive.

The team APK Insight of 9to5Google decompiled the latest version of theapplication Google Messages and found some new stuff that may be coming soon for everyone. Before going any further, keep in mind that what these journalists found might never be deployed by Google on its messaging app.

After the quick replies (which have a rather surprising relevance), Google would like to add actions to the messages you receive. Soon, if you receive a message that the application considers important, it will suggest that you bookmark it to find it more easily later. Favorites have already been present on Google Messages for a few months ; by long pressing on a message, you can click on a star to find it later. Google Messages could therefore suggest that you add a message to your favorites, so that you can do it in one click.

In the application files, another potential action is mentioned that would ” schedule now “. We do not yet know what this means unfortunately. More generally, one could see the appearance of ” quick and easy shortcuts even though we don’t know what they would consist of either.

In many applications, when a new feature appears, a window opens with explanations to detail it and explain it to users. Sometimes these explanations are written, but can be supplemented with animations. APK Insight found an animation by decompiling the latest version of Google Messages: we see the possibility of clicking on a star when receiving a message.

In a future update, therefore, we may see a small star appear next to some of our messages, to add them to our favorites.

Google’s SMS messaging app is getting better and better: we’ve seen recently automatic deletion of authentication messagesthe categorization of messages or even the arrival of reactions with iMessage users. However, some things still need to be improved, such as a Google Messages bug that drains your battery or certain data that has been collected without informing users.