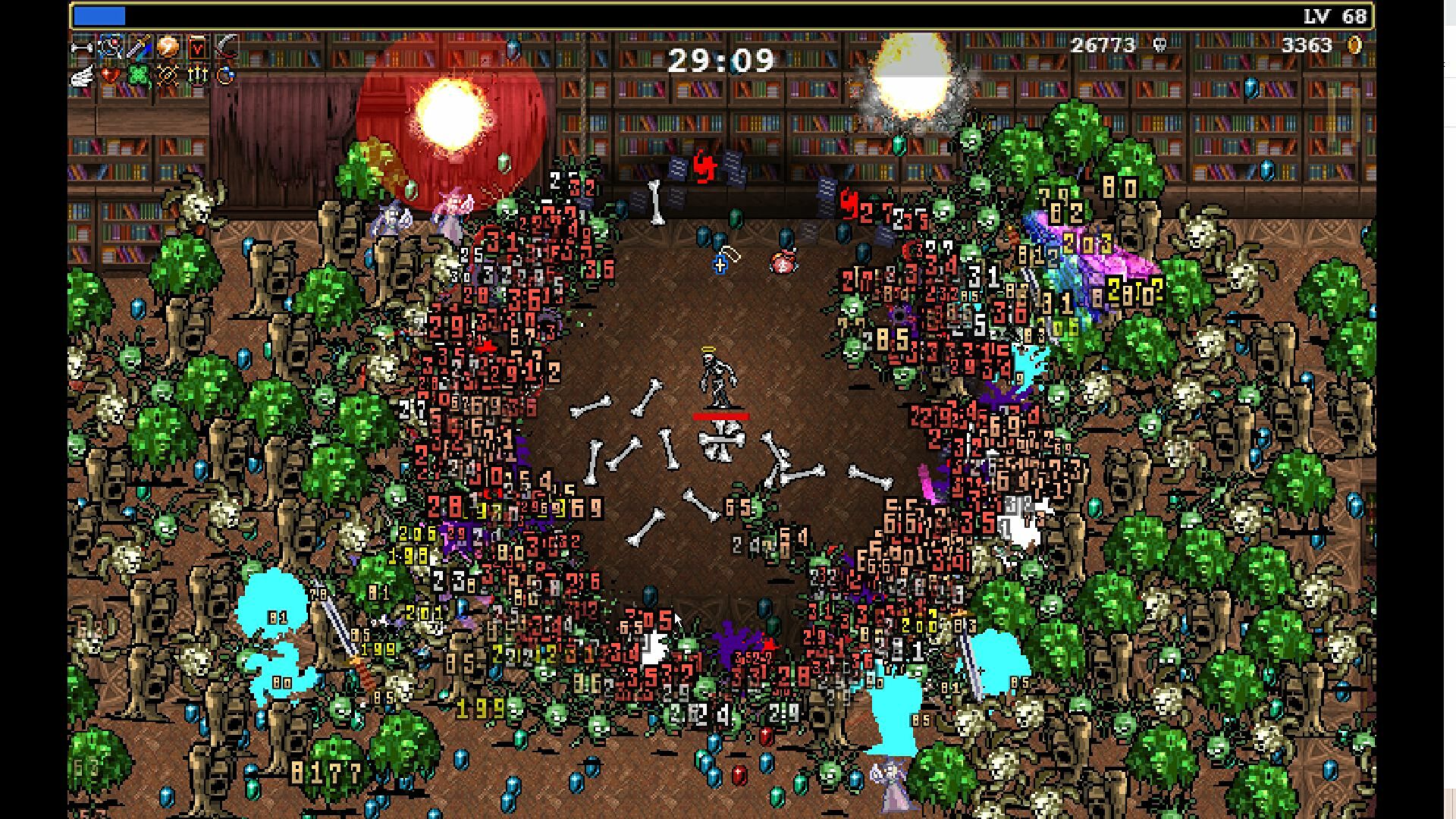 Here are the gifts finally unwrapped, and you had the chance for Christmas to loot a new Android phone ? Cool ! Once you’ve picked it up and installed all the vital apps (ie social media…!), you’ll probably want to see what’s inside and start playing with it. And that’s where we come in, by offering you this list of mobile games to start playing with your new smartphone!

It’s hard to miss the mobile phenomenon of recent years! Mocked before its release for its graphics that were too reminiscent of Breath of the Wild, the game was an immediate success that still charms players more than two years after its release.

Nevertheless, even if many players have been living the adventure since the early days, Genshin Impact remains fully accessible to those who would like to join the adventure today : it indeed offers a great single-player campaign that will keep you in suspense for long hours, and will allow you to climb a little in terms of experience before entering the coop mode (the game does not offer a PVP mode).

A classic mobile game model, Genshin Impact is a gacha-RPG, accessible and playable for free (even over a long period), but which will try to push you into the microtransaction to progress less slowly or obtain certain coveted characters…

Another hit gacha-RPG, Disney Mirrorverse is also a current big hit that you might want to try on your new Android phone. Its main argument is obviously to allow you to play with your favorite Disney characters, in addition to offering these same characters in evil versions, which you will have to fight on the other side of the mirror.

We noted in our review how rich the game could be, despite real accessibility. Disney Mirrorverse Has Many Qualities Of A “Real Game”and not just from a hypercasual hobby like mobile games sometimes (often) are.

It’s also a gacha, which means you’ll have to checkout via microtransactions to progress and finally get your hands on THE Disney character that makes you dream or reminds you of the first movie your parents took you to see. ! But it’s also free-to-play, which means you can download the game and try it out for a few days before deciding if it’s worth spending a few bucks on.

The good news is that the game is a success, and content – ​​and therefore new universes and characters – should continue to arrive for some time!

We go out of the mobile frame a bit to try our hand at a huge PC success. Vampire Survivor is indeed a “small” game originally released on itch.io, and now available on Android phones.

No wonder, considering how its mechanics seem inherited from the culture of mobile games. Simple, addictive, and neo-retro, the game puts us in control of a monster hunter who will have to survive waves of enemy attacks. Finally, we write “waves”, but tsunami would be the word best able to describe what is happening on the screen, literally covered with creatures!

Fortunately, the attacks are automatic, and the game will almost sometimes look like a rhythm game. Its central mechanics being to understand which equipment (which we loot as waves of monsters) combine best to make us an invincible hunter.

As graphically refined as it is in terms of gameplay, Vampire Survivor was one of the big surprises of 2022. Its arrival on Android phones will allow you to understand why! And the game is free!

In the midst of gacha, match-3 and other indie game ports, mobile games can also sometimes offer real original titles designed for mobile with the ambition of being “real” video games. This is the case of Afterplace.

Afterplace is a 2D, all-pixel RPG in the lineage of 8- and 16-bit era adventure games. The hero wakes up without really knowing why or how on The Island – thus designated by its inhabitants -, a place at the crossroads of different parallel worlds, sheltering mysterious phenomena and creatures.

Obviously, you will have to try to unlock the island’s secret to be able to get out of it… A fairly light scenario that allows you to focus on exploring its open world and the very pretty DA, who handles the pixel with talent.

Afterplace has just been released on Android phones, and costs €6.49.

Another mobile game with “just game” ambitions, Lucky Luna is a platform game that tries to redefine the genre on the phone. And spoiler: it’s a success.

We go from platform to platform, we avoid chasms or peaks, we dodge monsters and collect diamonds… All this with only two minimalist controls designed for mobile: swipe left, and swipe right!

And it works incredibly well! Let’s add to this find a neo-retro DA all in pixels, also designed for phones (we play in portrait mode), and here is a very, very good game for your android phone !

Lucky Luna is exclusive to the Netflix catalog: it is therefore accessible free of charge for subscribers to the streaming service, but inaccessible to others… This is also an opportunity to mention the platform’s catalog of games, which has expanded and today includes a lot of “console quality” titles: Kentucky Route Zero, Immortal, Reigns, Oxenfree, Into the Breach…

The more the years pass, the more the border between mobile games and traditional games becomes thinner. With your new Android phone in hand, consider taking a look at Google’s Play Pass offer, which, for a €5 per month subscription, offers hundreds of games and applications for free access. And don’t forget that thanks to the magic of cloud gaming, Microsoft’s Game Pass catalog is playable on your Android phone, including AAA titles (Forza Horizon 5, High on Life, Halo Infinite, etc.)

Five games to install on your new Android phone today