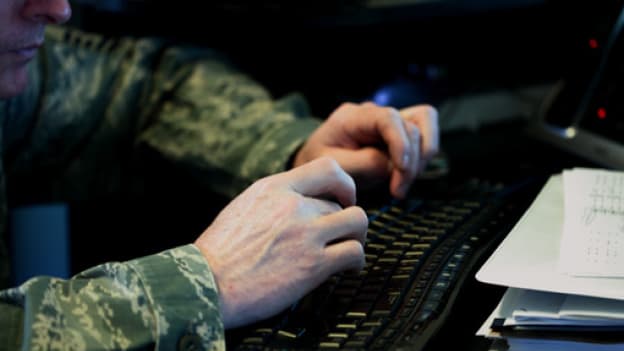 So far, Russia’s cyber offensive has not succeeded thanks to the Ukrainian defense, but for General Bonnemaison, commander of the cyber defense of the French army, we must not declare victory too quickly.

Alongside the fighting on the ground, another war between Ukraine and Russia is taking place in cyberspace. After nearly a year of conflict, cyberattacks against Ukraine are intensifying and are targeting energy, trade, financial infrastructure, telecommunications, IT and security organizations. According to the Computer Emergency Response Service of Ukraine (CERT-UA), there were more than 2000 cyberattacks in 2022. Some were stopped, some weren’t.

“The most frequently attacked by enemy hackers is the public sector, accounting for around a quarter of all cases studied,” says CERT-UA.

In France, these cyber battles are closely monitored by the ComCyber ​​(cyber defense command) a unit created 5 years ago. At its head, General Aymeric Bonnemaison, an expert from intelligence and communications. This shadow army, which seeks to recruit 1,800 people, is capable of carrying out defensive and offensive actions and the computer fight for influence. And according to him, if a “cyber Pearl Harbor” has not taken place in Ukraine, this does not mean that the risk does not exist.

“The examples that have happened in Latin America, in particular with Costa Rica, which has been put in a state of emergency following cyber attacks, prove that it is possible to attack a country”, explains General Bonnemaison, adding that ” the cyber weapon is an everyday weapon developed in secret for many months”.

If the invasion of Ukraine actually started on February 24, 2022, the cyber war started long before. The Comcyber recalls the offensive attacks against water and electricity networks with parallel information warfare operations to disrupt society, harass the population by “stirring up discontent against its leaders” and isolate the country by neutralizing its security systems. communication.

An hour before the invasion of Ukraine, Russia launched a cyberattack targeting the KA-SAT satellite network, operated by Viasat. According to a statement from the European Union, this “attack caused significant disruptions in communications which affected public services, businesses and citizen users in Ukraine, but also several EU member states”.

The support of Gafam and SpaceX

Faced with these offensives, the Ukrainians have mounted a cyber strategy with an IT Army made up of volunteers to launch attacks against Russia. One of their feats of arms was to disclose the identities of hundreds of FSB (ex-KGB) spies after a data theft.

Ukraine has also entered into partnerships with the United States and large American tech companies. “Microsoft was very active in these actions, but also Starlink (the SpaceX network) which provided a capacity for the troops and the press which could disseminate information”.

“Russia had the means to bring the country to its knees, but that was not the case despite a force made up of armies, intelligence services, private companies, cybercriminals and activists. Putin wanted to preserve the infrastructure because he thought he would win the war in a few days and wanted to use them,” notes the ComCyber.

Has Ukraine definitely won cyber victory? General Bonnemaison remains cautious and calls not to believe in the myth of the hooded hacker capable of launching a cyber-attack alone.

“The power of the Russian army may have been overestimated, but it should not be buried too quickly. We do not know today what Putin has kept up his sleeve. Electronic warfare is in full swing!”

Electronic warfare is raging, but Russia missed a “cyber Pearl Arbor” against Ukraine