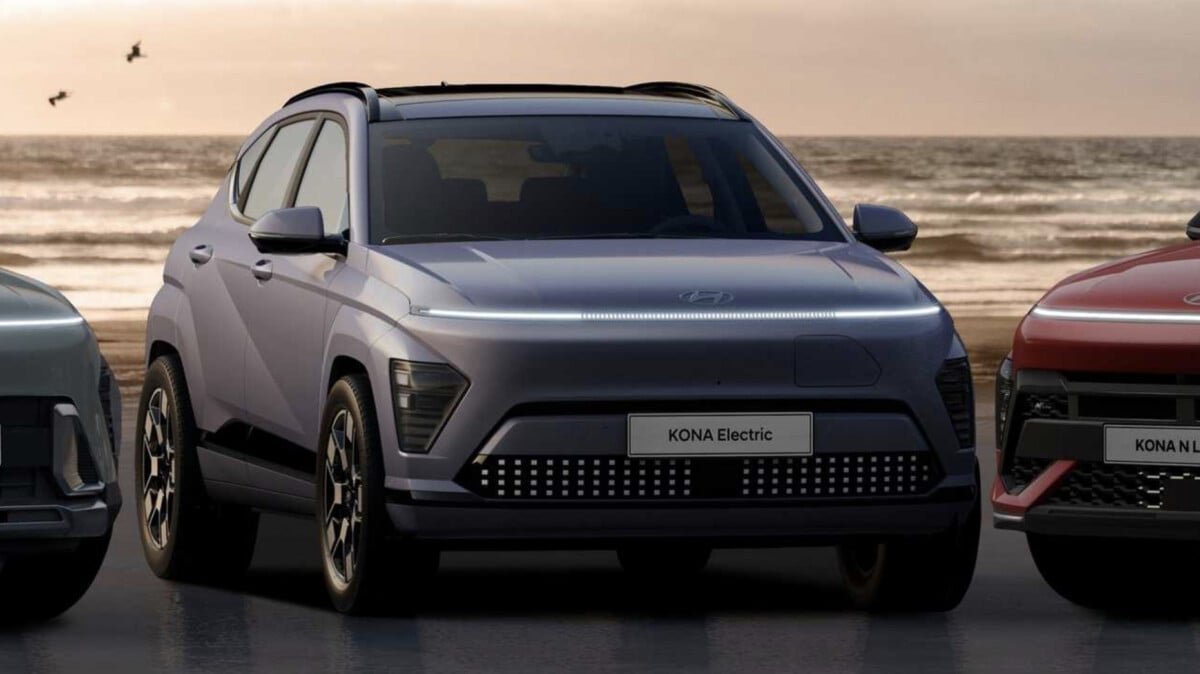 Hyundai has just presented the first images of its future Kona, which will obviously have the right to one (or more) 100% electric versions. Its name: Hyundai Kona Electric. And the least we can say is that the makeover is successful!

It is undoubtedly one of the most anticipated products in 2023. The Hyundai Kona is indeed the star of urban SUVs, in particular thanks to a multitude of engines, the most interesting of which is the 100% electric version that we could try on the now previous generation.

But now, after six years of good and loyal service, in 2023, the Hyundai Kona is renewed, and while waiting to have all the information available, the Korean firm gives us photos of its future urban SUV.

A futuristic and refreshing look

For this second generation of the Kona, Hyundai started from the basics of developing the electric version and then designing the hybrid and thermal models. Because yes, the new Kona will not (yet) be only 100% electric. However, it is this last version that should meet with the most success.

As you can see from the photos, the Hyundai Kona does not really change its silhouette. Overall, it follows the aesthetic codes of the new Ioniq range from Hyundai, a 100% electric range which already has two models: the Hyundai Ioniq 5 and the Hyundai Ioniq 6. 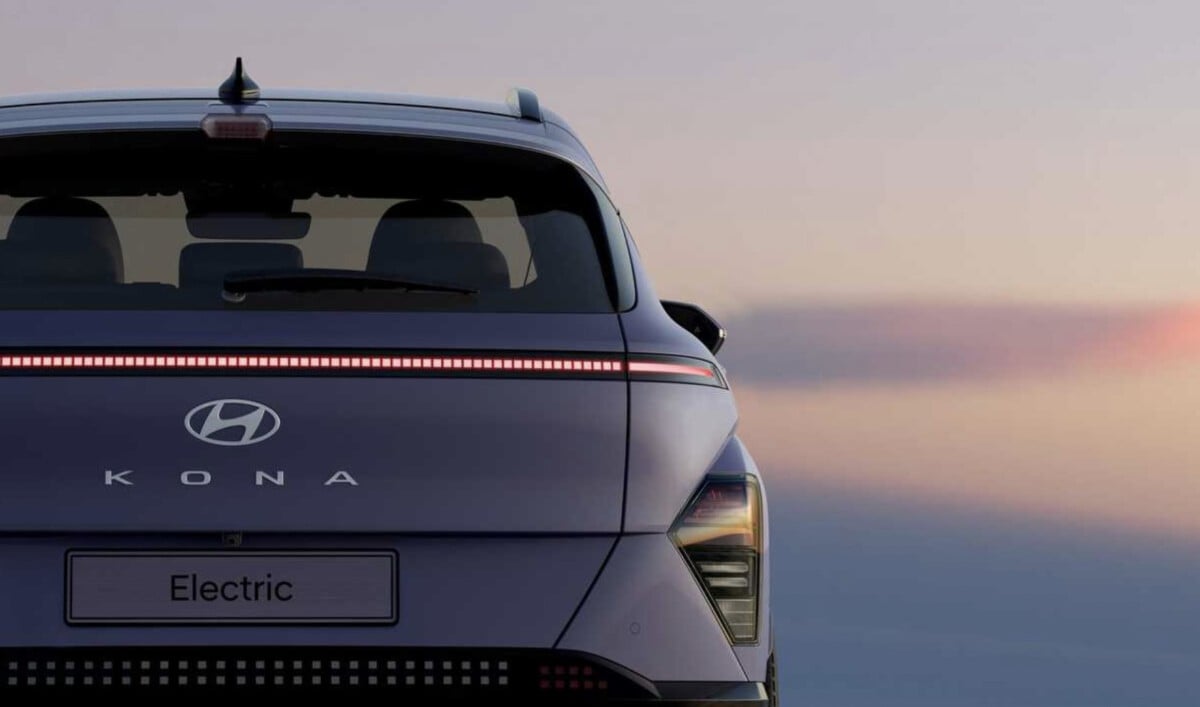 The main difference is at the front, with a very thin optical unit integrated directly into a horizontal LED strip. It’s very futuristic and gives it a front end that looks like it’s straight out of a sci-fi movie. To mark the difference with the thermal models, the center of the LED strip is “pixelated” on the electric model.

On the electric Hyundai Kona, the shield is completely closed and incorporates small squares to recall the “pixel” side of the grille and the Ioniq range more generally. The same goes for the 19-inch rims, with a very geometric design.

In terms of dimensions, the Hyundai Kona Electric measures 4.35 meters, 15 cm longer than the old version! It is also higher with 1.82 meters (+2.5 cm) and the wheelbase also progresses with 2.66 meters (+6 cm), enough to certainly allow a significant gain in terms of habitability. Nevertheless, Hyundai has not yet communicated the capacity of the trunk. 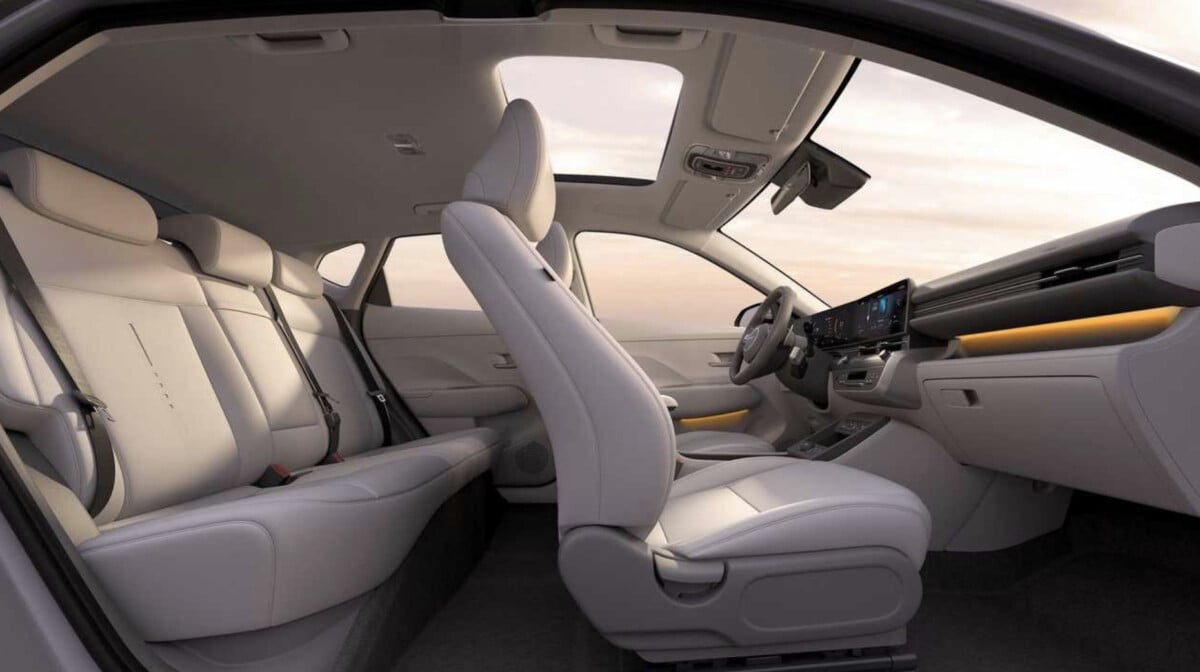 Inside, the change is also spectacular compared to the old version, even if the dashboard is borrowed from the Ioniq range. We thus find two curved screens of 12.3 inches, but Hyundai has not yielded to fashion at all tactile with the presence, again, of many physical controls, in particular for the air conditioning system.

In terms of engines, Hyundai did not specify the power of the electric version, nor even the capacity of the available batteries and the autonomy. Nevertheless, like the current generation, there should be two different batteries.

As a reminder, the current Kona is offered with a 39 kWh battery for approximately 305 km range according to the WLTP cycle and with 136 hp. The version with the large 64 kWh battery boasts 484 km range and its electric motor develops 204 hp. These values ​​should be fairly close on the new Kona.

Answer sometime next year, but in any case we have to find out if this new generation will be as good value for money as the previous one. There is no doubt that we should also find the same platform as the new Kia Niro EV.

The Hyundai Kona remains a benchmark in the world of electric vehicles. We’re going to see what she’s got on our big summer and winter trips. Between charging speed, consumption, related costs…
Read more

Electric car: one of the best quality / price ratios is finally renewed with its futuristic design