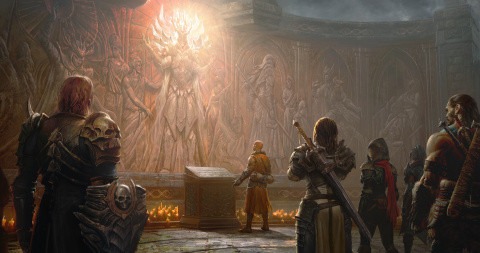 There are only a few days left until Diablo Immortal launches on PC and mobile. As the release approaches, Blizzard reveals the launch times, the conditions for preloading the game on PC, as well as the procedure to follow to activate cross-progression.

Long mocked, Diablo Immortal gradually reassured the players during his various presentations. If the title is a free-to-play and that there will be lootboxes and microtransactions (which earned him an exclusion from the Belgian and Dutch markets), the Diablo experience seems to be presentand the content promises to be gargantuan.

What time can we launch Diablo Immortal on June 2?

Only announced on iOS and Android, the title finally inherited a PC portwhich will be released in a version same day beta than the mobile version, i.e. June 2. Since this announcement, we have been waiting for news concerning the downloading of the game, the opening of the servers, or even the conditions to be fulfilled in order to be able to switch from mobile to PC without hindrance. It’s now done, thanks to a brand new blog post. We therefore learn that Diablo Immortal will officially launch on June 2 at 7 p.m. (French time) !

Preloading is available on PC!

Blizzard says some players will see the game appear as soon as June 1st, but this is due to the procedures launch. On PC, preloading is available today on Battle.net, of course. There’s no guarantee that the launch will go smoothly, but players will be able to break from the demon faster if the game is already installed. When announcing the release of Diablo Immortal on PC, Blizzard and Wyatt Cheng promised a complete cross-progression systemallowing you to switch from smartphone to PC without losing progress.

To get the most out of the experience, players will need to have a Battle.net account, or create one for the occasion. However, it will be possible to play as a guest on mobile, and wait before connecting. Besides, good news, the progress made on PC during the beta will be preserved ! Important point : “Guest accounts are only accessible from the device they were created on, unless you have cloud save enabled”. The assistance is also in the starting blocks, ready to learn about the difficulties encountered:

We cannot express how excited we are that you can soon begin your quest within Diablo Immortal. We would also like to thank the many players who gave us their feedback throughout the development of Diablo Immortal, and who largely influenced the game you will discover on June 2. Well, you are now ready to face the Underworld!

Many servers will be available in each region, and we invite you to consult the official publication to discover them in case you do not wish to evolve on a French-speaking server. At launch, there will be six servers available in French : Skarn, Dravec, Charsi, Leoric, Ammuit and Esu. It will be up to the players to choose it, or fall back on those who still have room. If you regularly play online games, you are used to this kind of gymnastics.

We have known for a while now that players will be able to form clans in order to progress in the world. These clans will be able to accommodate up to 100 players, and be named freely, insults and offensive characters aside. It will only be possible to belong to a single clan. Also, to change it, you will first have to leave the one you are in.