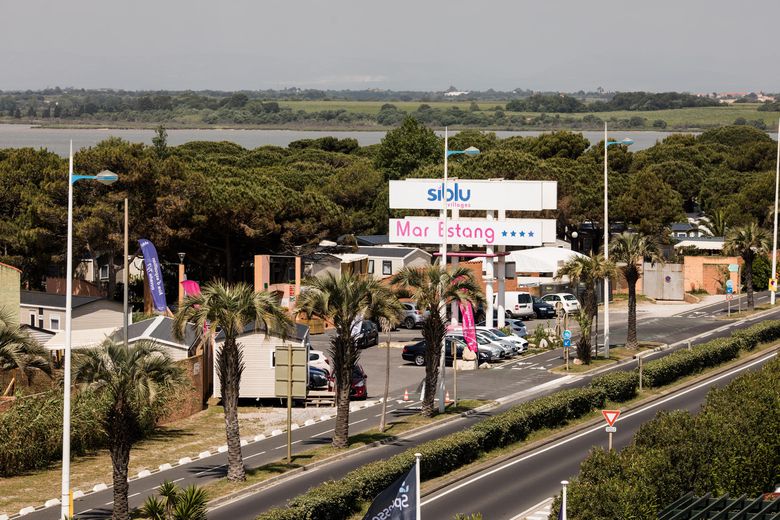 Faced with the complaint for theft and fraud filed by Olivier Hubert, a Lorraine owner of two mobile homes installed since 2018 at Mar Estang, Marta Autié, the director of the campsite under the Siblu brand appears reassuring. Of the 600 pitches in the holiday village, 560 are occupied by owners, “only one of which poses a problem”.

This complaint is a first for Marta Autié. “At Mar Estang, we take extremely good care of our landlords. Moreover, they all paid their rent despite the difficulties linked to the health crisis, we accepted spread payments, deadlines and deadlines. All of them joined except Mr. Hubert who had two mobile homes at the campsite. He has not paid the rent since 2021 and he filed a complaint against us”regrets the director of Mar Estang. “We tried many times to settle the dispute amicably. The president of Siblu even went to the Mar Estang, which is very rare, to meet Mr. Hubert and make him a very good proposal”says the manager.

Olivier Hubert being the owner of two mobile homes in Mar Estang and two others in Charentes-Maritimes,” all concerned by a procedure either of displacement or of pledge”, the Siblu company thus undertook to erase the customer’s debts to the two car parks and also to absorb the 60,000 euros of credit that the customer has globally on the four mobile homes. In exchange, Siblu became the owner of the four mobile homes. “The only concern for Mr. Hubert is that having chosen the tax status of non-professional renter, he had to pay the VAT of the mobile homes to the State in person. Siblu did not bear these costs”, adds Marta Autié. The last condition was just as important. “He had to withdraw his complaint against us. We really tried everything to find solutions”she insists, “before initiating the procedure provided for in the contract for this type of situation”.

After several letters exchanged in vain between the lawyers of two parties, the mobile home whose debt did not exceed 4,500 euros, the smallest, was therefore disconnected, uninstalled from its plot and stored in a storage area pending payment of invoices. For the other, larger, with an accommodation capacity of eight people and “whose debt was greater than 4,500 euros, we had recourse to the pledge as is customary. Which means that we have become the owners of this structure. This mobile home belongs to us”, justifies the manager. All the more surprised, she said, by the behavior of Lorrain as the latter had signed his contract renewal for the year 2022. “It just involved paying the rent. And if you don’t, like an apartment, you’re kicked out”, sums up Marta Autié. It’s up to the court to confirm it. Or not.

Read also :
Canet-en-Roussillon: “At the Mar Estang campsite, the owners of mobile homes are taken by the throat”, accuses a Lorraine owner who filed a complaint

Complaint against the Mar Estang campsite in Canet-en-Roussillon: “The Lorraine owner is the only customer to refuse to pay the rent for his mobile homes”