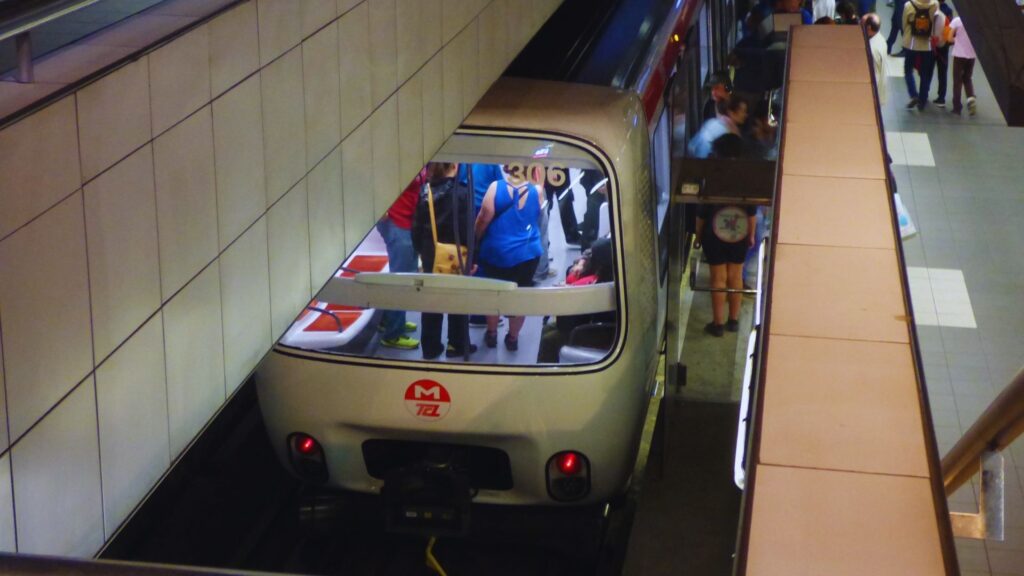 Transports en Commun Lyonnais (TCL) has just activated the Apple Pay Express function, which allows you to use your iPhone off or without battery to buy a transport ticket. Lyon becomes the first city perfectly adapted to dematerialized transport tickets.

The media MacGeneration, whose editorial office is based in Lyon, has good news for users of public transport in Lyon. TCL (Lyon public transport) activated on December 7, 2022 the Apple Pay Express function. It allows in several cities to enter a bus, a tram or a metro directly with its iPhone, without having to authenticate or turn on their screen. Before Lyon, no city in France had used it.

Once the function is configured in the settings (we designate a payment card for Apple Pay Express), the iPhone can be used to pay for transport, and only transport, in all circumstances. It even works off or without network.

As MacGeneration reminds us, it was already possible since the beginning of 2022 to take Lyon public transport without buying a ticket, by swiping your contactless card, your smart phone or his watch connected to a terminal. However, in the absence of the Apple Pay Express function, it was imperative to press the side button twice on your iPhone, perform facial recognition (or authentication by fingerprint) and pass your phone near the detector. The novelty here is that owners of an iPhone and an Apple Watch no longer need to do anything except pass their device over the terminal.

When passing a smartphone or a contactless card, the TCL charge 2 cents in the form of a bank imprint. At the end of the day, a sum corresponding to the most advantageous formula for the day is deducted (the price of two tickets for two journeys, the price of a day pass for around ten journeys). This system is similar to that of large cities like London, which are also compatible with Apple Pay Express.

Which cities after Lyon?

Reading this article, we imagine that many Ile-de-France residents and inhabitants of other major French cities are jealous. Could we imagine such a system deployed throughout France? Unfortunately, it’s not that simple. In Paris, for example, where the validation system is based on a magnetic protocol, you have to pre-load tickets or a subscription on your smartphone, since it is impossible to be debited afterwards. This option exists already on Android, but will not be offered before summer 2023 on iPhone.

It should also be remembered that a system like Apple Pay Transit is not perfect. If paying by credit card saves time, it does not solve the issue of subscriptions. In Lyon, the TCLs offer an Android application to import your monthly pass into an application. On the other hand, on iPhone, they will first have to negotiate with Apple like Île-de-France Mobilités. In other words, Lyonnais who use transport daily and have an iPhone will not be able to replace their pass.