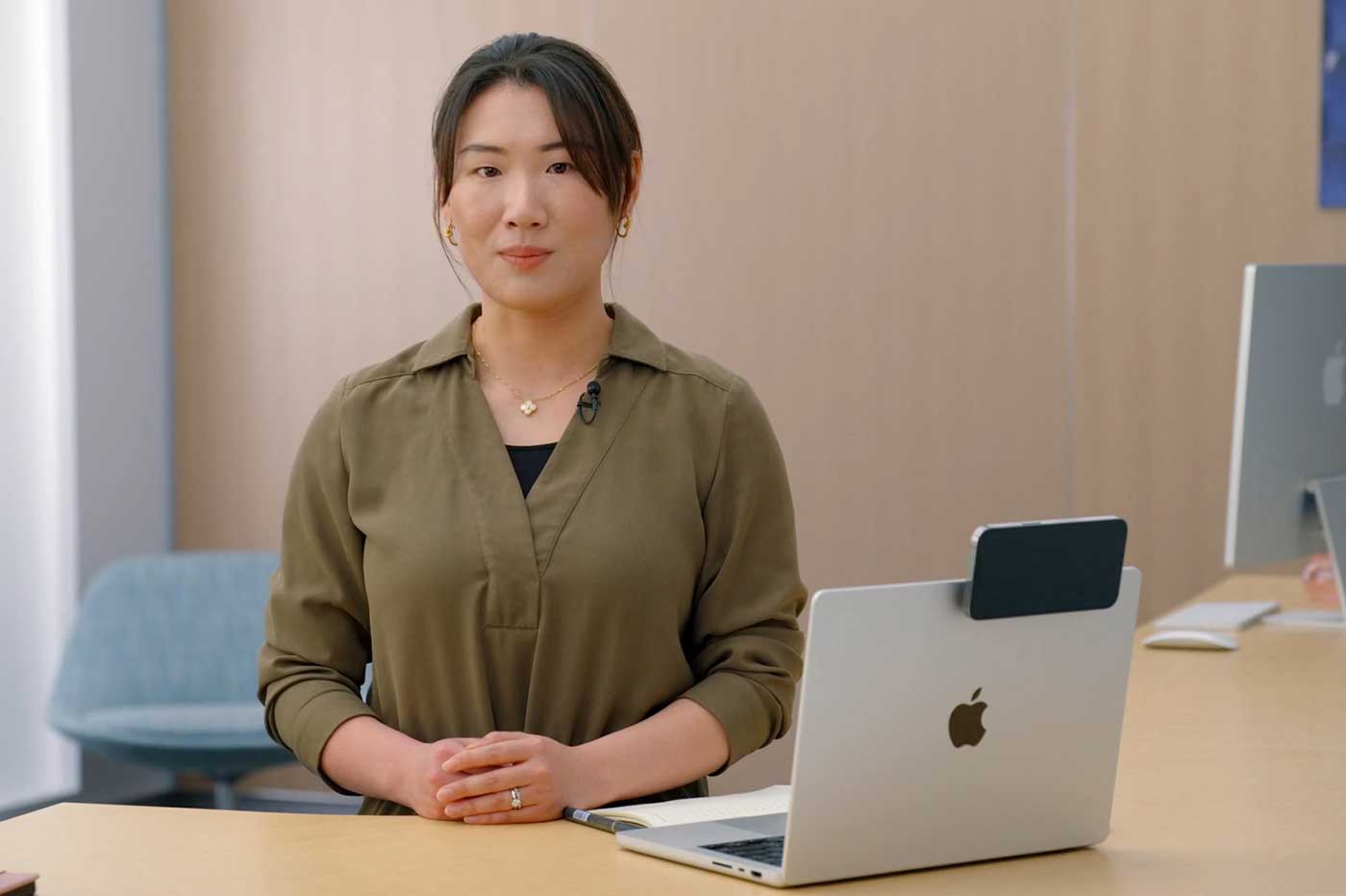 With macOS Ventura, Apple will allow its iPhone to be used as a webcam on a Mac. A surprising initiative, but the Cupertino company puts forward arguments to convince you.

You are not satisfied with the webcam quality of your MacBook? Apple advises you to use… your iPhone. Among ads related to macOS Venturathe Cupertino company surprised everyone by explaining that it was going to be possible to transform an iPhone into a webcam.

Apple-branded laptops already have a webcam. This is sometimes hidden in the notch, as on the new macbook air m2 equipped with a 1080p camera. The new MacBook Pro M2 sticks to a 720p camera, but in both Apple doesn’t really shine in this area. Rather than continuing to improve this element, Tim Cook and his teams have decided to put the iPhone to work. With macOS Ventura and iOS 16, the cameras of the famous smartphone can be used.

A solution that promises a significant gain in quality during video calls, but not necessarily new. Software already offers to use the cameras of the iPhone on a Mac. Nevertheless, the Cupertino company will simplify the process with this feature called “Continuity Camera”. The Californian giant specifies that the Mac will be able to automatically detect and use the camera of an iPhone located nearby, without even having to take it out of sleep mode. The connection is wireless and simply requires that both devices are connected to the same Apple ID and on the same network. It is still possible to connect your device via USB.

True to its principles, the brand takes care of the rest to offer transparent communication. After the WWDC opening keynote, Karen Xing took the stage to detail this new feature and how it works. Software engineer at Apple, she explains how it works in a video 20 minute presentation. The Verge site has spotted this video and offers a summary of the main information to know.

The iPhone in webcam, how does it work?

First, macOS Ventura will be able to detect the iPhone as a camera and endpoint. A situation that simplifies things since all applications should therefore be able to use the smartphone as a webcam. For now, Apple confirms it works with FaceTime and mentions popular tools like Zoom, Teams, and Webex.

This video is also an opportunity to confirm that Apple’s photo-related features will be available. Users will be able to use Centered Frame, Portrait mode or Studio Lighting. The latter offers the possibility of illuminating the user’s face while adjusting the brightness of the background. It will also be possible to orient the iPhone in any direction with Continuity. Moreover, one can capture videos and images using the iPhone. The maximum definition in video will reach 1,920 x 1,440 pixels at 60 frames per second.

With the Desk View function, it will even be possible to use the ultra wide-angle to simultaneously display the user’s face and an overhead view of their desktop.

In contrast, don’t plan to recycle your old iPhone into a webcam. The Continuity Camera feature requires iOS 16 in addition to macOS 13 to work. Models like the first generation iPhone 7 or iPhone SE will not be compatible with this version of iOS.

The demonstration carried out by Apple is promising, but the decision is still surprising. The Californian firm has a reputation for taking care of the smallest details of its products. However, the small accessory that will be sold by Belkin does not necessarily recall the greatest hours of Apple and its designer Jony Ive. From a practical point of view, the method mobilizes the iPhone and it will be – for example – impossible to take a look at your smartphone during a video call.

Apple explains how to use your iPhone as a webcam