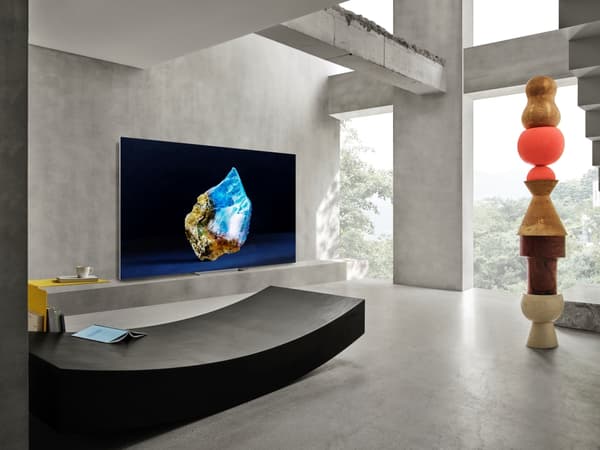 CES 2023 was an opportunity to identify new technologies from manufacturers in terms of TV screens. With a first indication: cables are soon history.

How to revolutionize television? Huge question from manufacturers who try to offer new, more advanced models every year. And the CES in Las Vegas, high mass of technology, is often a good way to show the color of the coming years.

Samsung, LG, TCL, Panasonic… after a 2022 edition marred by the Covid-19 pandemic, the big names were back with a few products to make your eyes shine.

But the champion is still LG Display and its Oled META panel of formidable precision. Let’s be clear: the prices displayed are sometimes several tens of thousands of euros for a television. Samsung thus offers a 140-inch screen at 140,000 euros… Totally inaccessible prices but which will obviously melt in the years to come.

The other trajectory of tomorrow’s TVs is the thinness of the screen. The cathode is now a long way off and screens, however wide they may be, are getting thinner and thinner.

And to achieve this, manufacturers are now looking to get rid of the connectors installed behind the screen to reduce the thickness of the TV but also to do away with unsightly cables.

This is what LG offered with its Signature OLED M3, a 4k screen which above all has the specificity of not showing any cables. The trick is to have a remote box – quite sturdy all the same – on which you connect all the devices (box, console, etc.) that you want. The box then transmits the information remotely to the screen.

All the same, there remains the power cable which the LG cannot do without but which is hidden in the foot of the television to make it as transparent as possible. The brand did not reveal many details on the operation, the risk of latency or network congestion but it already gives an idea of ​​the television of tomorrow. Available for sale at the end of the year, the price looks stratospheric: several tens of thousands of euros.

A TV on batteries

The other small revolution of the CES is a TV still without connectors, including without power supply! The Displace TV, the work of an American startup, simply runs on batteries.

This 4K OLED television is capable, according to the manufacturer, of operating for a month, at the rate of 6 hours of television per day, before having to recharge the batteries. In the same way, it can be (in theory) fixed on any wall or window thanks to an active suction system.

But then what is the point of having a wireless TV? A little heavy (12 kg), we imagine it perhaps as a nomadic television that we take on vacation or simply in our garden. But it is probably in events that it will find its usefulness. Sold for 3,000 euros each to a hundred buyers at the end of the year, it is not intended to be marketed to the general public.

Always thinner but without any cable: at CES, the TV of tomorrow is revealed