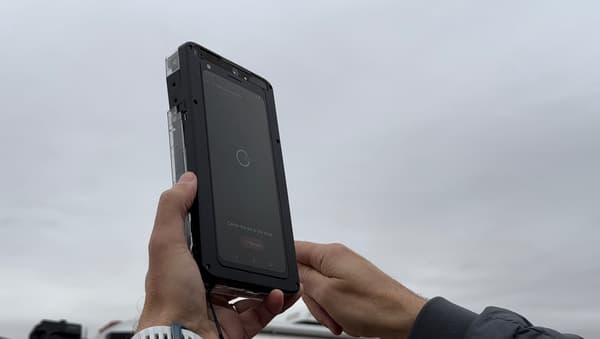 The latest iPhone 14s will soon no longer be the only ones to offer emergency messages via satellite. Qualcomm will also be able to offer it to manufacturers of high-end Android smartphones.

If you cursed after the addition of the satellite connection in the iPhone 14 while you were holding an Android smartphone in your hand, good news: you could soon also benefit from it.

On the occasion of CES in Las Vegas, Qualcomm, the specialist in processors and mobile connections, announced the upcoming arrival of the function of sending messages by satellite on Android smartphones, connected watches, automobiles and any other product that can be equipped with a Snapdragon 8 Gen 2 processor. A possibility that resembles the function launched by Apple in France in mid-December, but which also differs in its philosophy.

If Apple has chosen to focus the use of the satellite connection on emergency calls, with a whole specific path and the desire to do this quickly and with very light weight, Qualcomm sees its proposal as an exchange of messages in both ways. And for any “moment of life”!

Snapdragon Satellite will work in partnership with Iridium, owner of a satellite network, and Garmin, a specialist in connected watches which has developed an identical emergency service for running enthusiasts or those who are victims of various worries. . The call centers set up by Garmin will also be used for emergency messages.

Because as on the side of the Apple brand, the satellite connection is only used to send messages, no photo or video or audio call. The only concessions granted: the non-limitation of the number of characters and the possible addition of emoji with the message. On the other hand, Android smartphones that will be equipped with the Snapdragon 8 Gen 2 chip and its 5G modem will be able to receive messages in return.

This is undoubtedly one of the main differentiating points between Qualcomm and Apple: the concept of satellite communication of the first is above all a technology made available to partners, not a service in its own right for the end user. It is the operators, applications and associated messaging services (WhatsApp, Messenger, running applications, etc.) that will decide on the use, the limitations, but also and above all on the (high) cost associated with the communication. Apple has decided to support everything for at least two years and restricts use to emergency messages only. Qualcomm does not have this decision to take into consideration and is content to provide a technical solution to those who will integrate its chip.

We were able to discover this solution in the middle of the Nevada desert, on a prototype test smartphone. The principle is the same as with the competition. Deprived of any mobile connection, simply raise the smartphone to the sky in search of a satellite in the Iridium constellation, which covers the Earth widely from pole to pole and multiple frequency bands. The smartphone will tell you in which direction to orient yourself to properly pick up a signal. You can then send your message or retrieve those that were sent to you during your disconnection, whether for emergencies, simple personal messages or others. As long as it’s just text. Everything is extremely quick to use and simple.

The first high-end smartphones that will feature Qualcomm Satellite should appear by the second half of the year. Some models already released with the new Snapdragon 8 Gen 2 platform are not yet equipped with it. But the San Diego company could also extend its technology to other media and we are thinking in particular of vehicles that rely on its on-board systems or even connected watches, very useful for fans of hikes or races in off the beaten track.

After Apple on iPhone, Qualcomm will launch satellite connection on Android smartphones