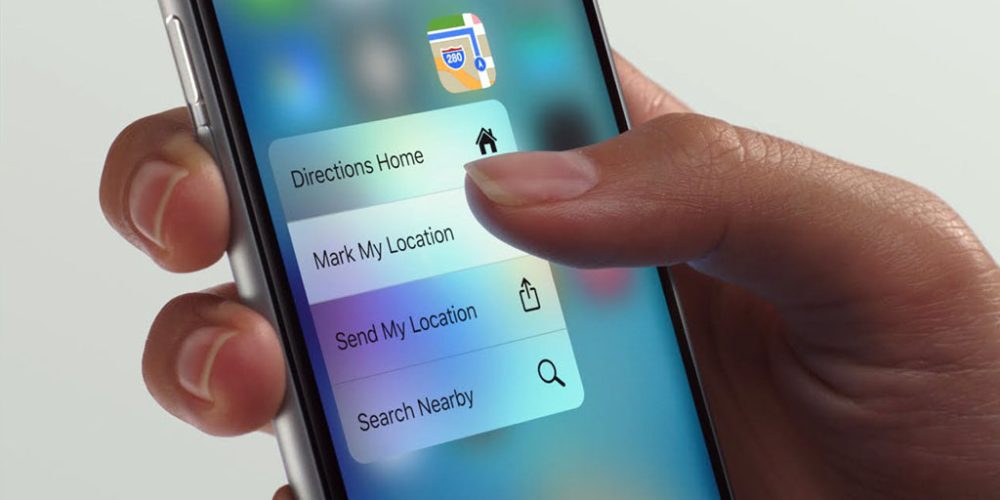 Take a step back, folks, this take comes at just the right time. The dynamic island introduced with the iPhone 14 Pro is really smart. Apple has turned boring sensors into a highly marketable and potentially useful interactive item. 3D Touch, on the other hand, was a flagship feature on iPhone 6s, but the very useful feature was hard to market let alone discoverable.

The pressure-sensitive display technology is very cool! The technology feels like the kind of innovation that shouldn’t be thrown away, but rather maintained with the progression of the iPhone. Being able to distinguish between a press and a deep press will always be faster than a long press. Imagine if secondary clicking on a Mac trackpad couldn’t be done with a two-finger tap and required a long press instead. No thanks.

Speaking of the Mac, this is the last place pressure-sensitive technology still exists for Apple. The feature is called Force Click and lets you access “Quick Look, Look up and Variable Speed ​​Media Controls” on macOS.

Apple Watch debuted its own version of a pressure-sensitive display feature called Force Touch, but software support has been dropped and recent watches haven’t included the hardware for it. The same thing happened with the iPhone. In both cases, Apple has replaced pressure-sensitive input with on-screen buttons or long presses that are slower to access than firmly pressing the screen.

The fact that Apple used 3D Touch, Force Touch and Force Click to identify three similar features on different devices was certainly the butt of many jokes.

In practice, however, you don’t need to know what the commercial name of pressure-sensitive input functions is. The differences are inherent in the hardware. 3D Touch on iPhone let you access different features on different parts of the screen, Force Touch on the watch was less specific and treated the whole display as one button, and Force Click is the same but on a trackpad.

So why was 3D Touch/Force Touch retired? Discoverability was a major criticism. If pressure-sensitive displays return, Apple may use current long-press options and link the same functions to 3D Touch. The watch could let you choose between visual buttons or a cleaner look with Force Touch. The best of both worlds, right?

The other reason why 3D Touch and Force Touch disappear is battery life. The feature wasn’t power-hungry, but it did take up physical space in a compact package. Some people liked 3D Touch, but everyone enjoys longer battery life. Removing the feature saved space for more battery capacity and other components.

Some things have changed since 3D Touch and Force Touch were discontinued. Apple Watch Ultra sacrifices cutting-edge design for optimal battery life. I would buy a second-generation Apple Watch Ultra that would factor in the extra battery life and make room for Force Touch. Apple is also rumored to be working on an iPhone Ultra that could make similar compromises. Cost is another factor in omitting pressure-sensitive display technology, but the Apple Watch Ultra and current iPhone 14 Pro Max are less price-sensitive than more compact devices anyway.

What does all this have to do with the dynamic island of the iPhone 14 Pro? Nothing really. I just think 3D Touch was instantly useful and Dynamic Island takes longer to prove itself. 3D Touch has been factored into almost every Apple app since the beginning. The adoption of Dynamic Island, even by Apple, is just beginning. Dynamic Island might even come in handy when the iPhone 15 is unveiled! Firmly pressing the dynamic island to expand the blob might even settle the debate about what should happen when you press it and when you long press it.

Okay or do you think I’m way off base? Let me know on our social media.

Check out this video below for more Apple news:

3D Touch was a better iPhone feature than Dynamic Island