MONTREAL, Dec 12 2022 /CNW Telbec/ – On the occasion of the MAIN conference (Montreal Artificial Intelligence and Neuroscience), held at the University of Montreal, Druide informatics would like to celebrate the major contribution of Professor Yoshua Bengio in the field of artificial intelligence (AI). To this end, Druide is pleased to point out that Professor Bengio is now the subject of a definition in the Antidote dictionary.

Here is the article on this great researcher in the Antidote dictionary of definitions:

Yoshua Bengio (born in 1964). Quebec computer scientist and researcher specializing in artificial intelligence (AI), pioneer of deep learning. His laboratory, founded in 1993, became the Mila Institute (Québec Institute for Artificial Intelligence) in 2015. His contribution has been fundamental to advancements in several application areas of AI. Concerned about the ethical issues of AI, he contributed to the Montreal Declaration for the Responsible Development of Artificial Intelligence. 2018 Turing Award.

It suffices to recall that the Turing Prize is in a way the Nobel of computer science to understand the extent of Professor Bengio’s merit and the recognition of his excellence by his peers. The definition also underlines the great humanity of Professor Bengio, he who has never ceased to worry about the ethical issues of AI and who has given rise to the creation of multiple works and bodies in the matter.

By this entry in the Antidote dictionary, Druide recognizes a great scientist and a great humanist. But it also thanks a partner whose work contributes to the evolution of Antidote.

Remember that Druide has been a partner since 2016 of the Mila Institute, founded by Mr. Bengio, and is actively working to apply the benefits of deep learning to the Antidote corrector. The first results of this partnership saw the light of day in 2021 with the neural engine of Antidote 11.

computer druid produces and markets Antidotethe largest French and English writing assistance software, as well as Typing Pal, the famous keyboard typing learning software. She also created the service WebElixir, which monitors the quality of websites. In addition to these applications, its sales team distributes the books of Druid Editionsa subsidiary whose mission is to publish literature and reference works. 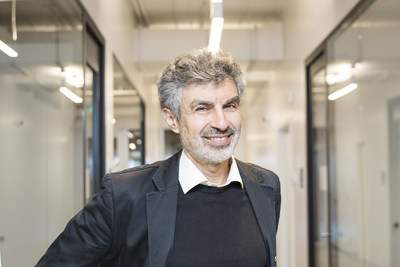