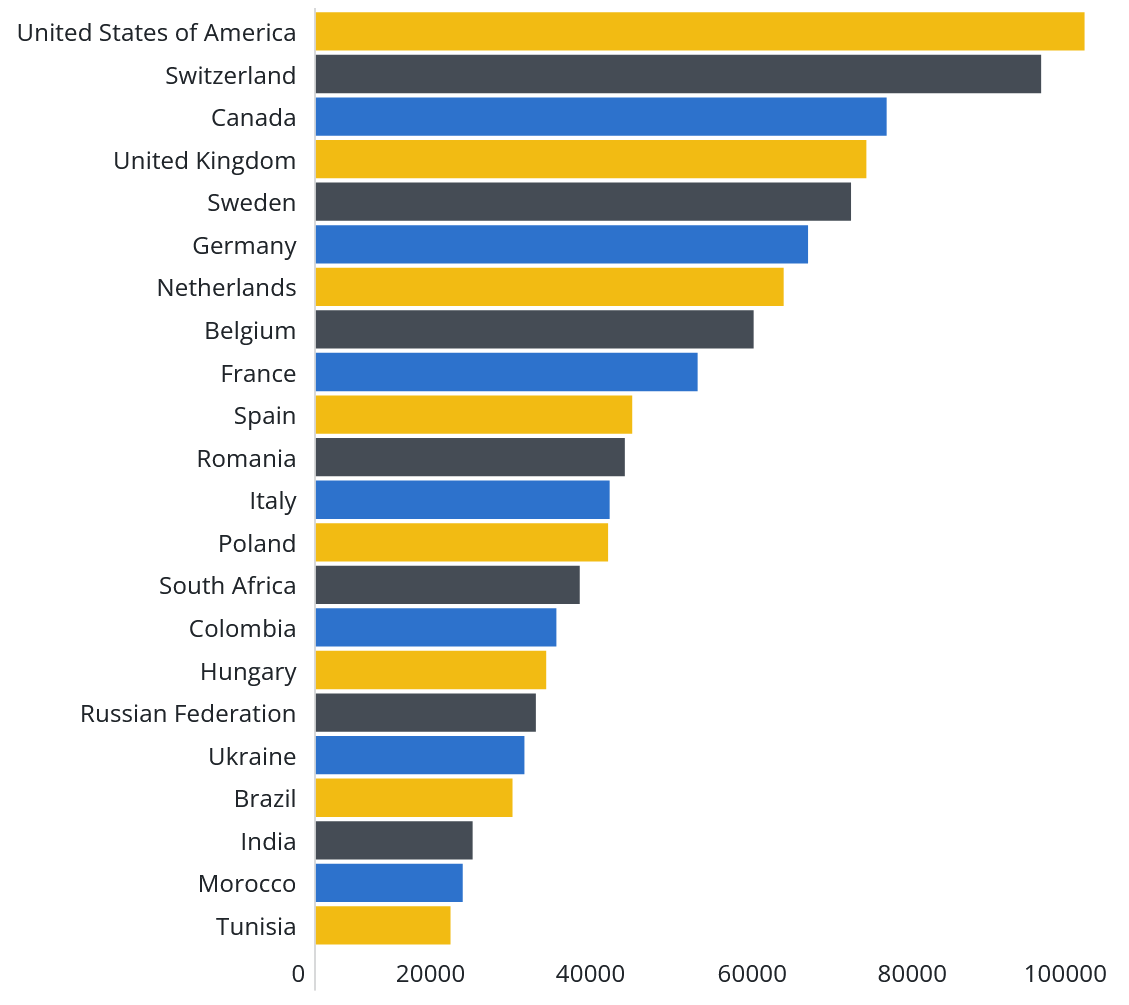 CodingGame released the results of its developer survey in 2022 showing a wide disparity in salaries around the world. The study also gives indications on the opportunities in terms of language and framework.

At a time of the phenomenon of “the great resignation” and a shortage of skills in computer development, CodingGame, the site specializing in fun learning to program has unveiled its 2022 Developer Study. Among the various topics covered by the report, there is a ranking of the average salaries of programmers according to the country (out of a sample of 14,000 people). Unsurprisingly, the United States retains the leadership with an average annual remuneration of 95,879 dollars. An amount to put in perspective with the similar study carried out in 2020 which showed a salary of 100,240 dollars. The second highest paid developer country is Switzerland ($90,462), followed by Canada ($71,193).

The study also takes the opportunity to look at other aspects of development. Thus, on programming languages, the report shows a certain match between the needs of recruiters and the knowledge of the language by developers, in particular for JavaScript, Java and Python. Some languages ​​like Clojure and Scala suffer from a skill shortage. On frameworks, focusing on Angular 2+ can be a good employability opportunity, the report points out, even if the developers’ choice is Vue and React.

In their profession, developers are subject to irritants. The study cites three that are relatively recurrent. Planning contingencies are the first challenge, followed by unclear direction and a lack of technical knowledge in the team to implement projects. Elements to take into account in a context where the lack of talent highlights the means of retaining employees. Offering telecommuting can be an example, as it is a request from 70% of the developers surveyed, 33% full-time and 37% a few days a week.

Wide disparity in developer salaries around the world Computerworld


Our social media profiles here and other pages related to them here.https://yaroos.com/related-pages/