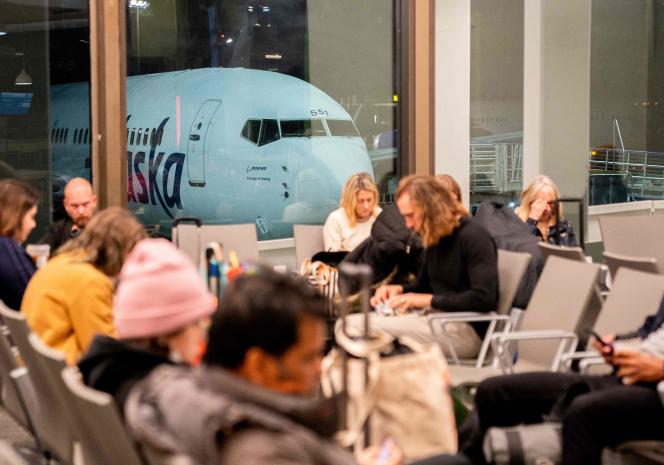 All domestic flights were temporarily suspended in the United States on Wednesday, January 11, due to a computer system failure at the Federal Aviation Administration (FAA), the American aviation agency. “The FAA has ordered [mercredi] airlines to halt all domestic departures until 9 a.m. [heure locale, 14 heures GMT] to enable the agency to confirm the integrity of flight and safety information”she announced in a press release and on Twitter.

Around 3 p.m. Paris time, the FAA announced on Twitter the gradual recovery “normal air traffic operations across the United States”. The agency had warned in the morning flights could resume at that time. And to add:

“The ground stop has been lifted. We are continuing to investigate the cause of the original problem. »

Update 5: Normal air traffic operations are resuming gradually across the US following an overnight outage to the… https://t.co/Dv6jD7v8Vo

The Note (notice to air missions system), the system affected by the outage, allows the transmission of information to aircrew concerning risks, developments in airports and other crucial information. The FAA has stated that the operation of NOTAM is “altered”. US Transportation Secretary Pete Buttigieg said in the morning on Twitter that “The FAA strives[çait] to resolve this issue quickly and safely so that air traffic can resume normal operations.”

White House spokeswoman Karine Jean-Pierre wrote on Twitter that nothing proved for the moment that it was a question of“cyberattack”. The President of the United States, Joe Biden, has, however, “asked the Ministry of Transport to carry out a full investigation into the causes” of the incident, she said. “Planes can still land safely, but not take off at the moment”Biden had said before the takeoff ban was lifted.

Around 2 million passengers potentially affected by the incident

The outage began overnight from Tuesday to Wednesday. All domestic flights had to be suspended until 9 a.m. (3 p.m. in Paris), with the exception of Newark Liberty Airport (western suburbs of New York) and Atlanta, where flights were able to resume earlier to avoid excessive traffic congestion.

Several airports in North America (Ottawa, Baltimore, Austin) warned that delays were to be expected and asked travelers to check their flight status before heading to the airport.

The American company United Airlines had “temporarily delayed all domestic flights” due to the breakdown. “We are monitoring the situation closely and working with the FAA to minimize disruption to customers”had for his part ensured American Airlines on Twitter.

Since the flight suspension was lifted, United Airlines has confirmed to Agence France-Presse that its operations have resumed. Nevertheless, “customers may continue to experience delays and cancellations as we work to restore our program and should consult” the company’s app or site to get the latest information on their flight, the company added.

On Wednesday, 21,464 flights are supposed to take off from the United States – domestic flights for the vast majority -, according to figures provided by the specialized firm Juliett Alpha. Some 2 million passengers are potentially affected by the incident. According to flight-tracking site FlightAware, there were at least 4,600 flights delayed in the United States as of 8 a.m. local time (1 p.m. GMT) on the East Coast. The number of delays related to the outage was unclear.

Le Monde with AP and AFP