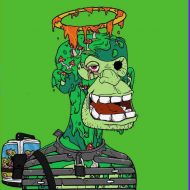 While advances in the field of quantum computing seem promising, several specialists are trying to find out if quantum computers can replace classical computers in the medium term. Are today’s quantum machines already on the verge of achieving significant feats beyond the reach of traditional computers? Or have their abilities been exaggerated, so much so that they will not change our daily lives, even in the distant future?

the FinancialTimes raised the question of the interest of quantum computing for the general public. Over the past six years, progress in this area has been considerable. Of the quantum communication networks have been developed, many quantum computers have been developed and pillars of the sector have emerged such as the American IBM. China, United States, France and more broadly the European Union have all released funds to promote research in the field.

Over the years, the exploits have multiplied. The Chinese have long claimed they have the most powerful quantum machines, and IBM recently countered by laying out its plan for quantum. Two computers 1,121 and 4,158 qubits are planned for 2023 and 2025 respectively, reaching technically unprecedented power. For your information, the qubit is a unit like the bit for classical computing, which makes it possible to store quantum information.

In the same category
NFT scam: Frenchman Aurélien Michel was arrested in the United States

Recently, a new breakthrough has been talked about. 24 Chinese academics have succeeded in developing a powerful quantum algorithm. This would be able break RSA encryption, still used today on the internet, using a 372 qubit computer. This decryption technique is considered a potential danger for the future of the Internet.

Four years ago, John Preskill, professor of theoretical physics at the California Institute of Technology, predicted that quantum systems would begin to perform better and better. He claimed that once they had reached a size of 50 to 100 qubits, they could be put on sale for the general public and thus, replace traditional computers. The future will have proven him wrong since the most efficient quantum computers have 5 to 10 times more qubits and none of them are marketed.

He was more cautious than in 2019 with the FinancialTimes. For him, commercialization of certain applications could be possible if quantum computers could be fault-tolerant and automatically correct their errors, which they do not currently do.

Concretely, for the time being, quantum computers have no practical use that could be suitable for the general public. In addition, they are not suitable for simple and fast use, unlike conventional computers. Some specialists then warn players in the sector: 2023 may be the start of a quantum winter. This is a phenomenon that occurs when large companies put the brakes on their development programs and investments in start-ups become less and less frequent.

These phases of withdrawal have often been crossed by artificial intelligence during the 1970s and 1980s. For twenty or even thirty years, research programs in the sector came to a sudden halt, victims of numerous failures and dead ends. Despite this, AI picked up in the 90s and 2000s and simply exploded in the 2010s.

The two main scenarios that could be at the origin of a quantum winter would be the stagnation of advances in the sector or the cessation of investments by one of the leaders in quantum computing, such as IBM for example. A third reason is mentioned by Constantin Gonciulea, director of advanced technologies for Wells Fargo, is that of ” hype around this technology. The expectation would be so strong that it would generate immense disappointment and the disinterest of the general public.

Quantum computing about to experience a crossing of the desert?