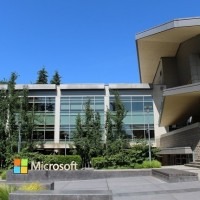 The Intelligent Cloud branch of Microsoft gained 18% in turnover between October and December last. This is too little to fully offset the sharp decline in More Personal Computing activity, which limited only 2% to the growth of the publisher’s overall revenues for its second quarter.

Microsoft reported total revenue of $52.7 billion, up 2% year-over-year, for the second quarter of its fiscal year 2023. A level of activity based on which the publisher generated operating income of $20.4 billion (-8%) and net profit down 12% to $16.4 billion. The latter takes into account a charge of $1.2 billion, linked in particular to severance pay paid by the publisher of employees made redundant and depreciation of inventories of equipment.

Despite this disappointing overall result, the particularly positive point of the past quarter is that Microsoft was able to count on the good performance of the revenues they derive from the cloud. Its Intelligent Cloud branch invoiced $21.5 billion between last October and December, i.e. 18% better (+24% constant exchange rate) than in the first quarter of 2022 when growth reached 31%. This amount notably takes into account the sales of Azure and other cloud services which appreciated by 31%. Finally, the operating result of the Intelligent Cloud branch amounted to $8.9 billion, against $8.3 billion a year earlier. Microsoft said it expects its third-quarter cloud gross margin to decline by one percentage point.

The other good news is that the Productivity and Business Processes branch also managed to achieve net growth, precisely +7% in quarterly revenues of $17 billion. This growth was fueled in particular by sales of the Dynamics ranges (+13%) and in particular those of Dynamics 365 (+21%). The Office ranges have been much less successful, with increases in revenue limits of 7% for professional versions and 2% for consumer versions.

39% decrease for Surface and Windows OEM

Finally, Microsoft’s only real problem, and it is a major one, lies in its More Personal Computing business, whose quarterly revenues fell to $14.2 billion. They are thus down 19% compared to the same period of the 2022 financial year. To make matters worse, almost all the components of this activity have lost turnover. First, Windows OEM sales fell by 39%, due to the collapse of the PC market. Billings from Surface deliveries fell in the same proportion, due to product launch issues, reduced demand and an unfavorable comparison base due to the good results of the first quarter of 2022. Less dramatic, sales of enterprise versions of Windows and associated cloud services fell 3%. There is little that the advertising revenues of Microsoft which pulled their ping from the games with an increase of 10%.