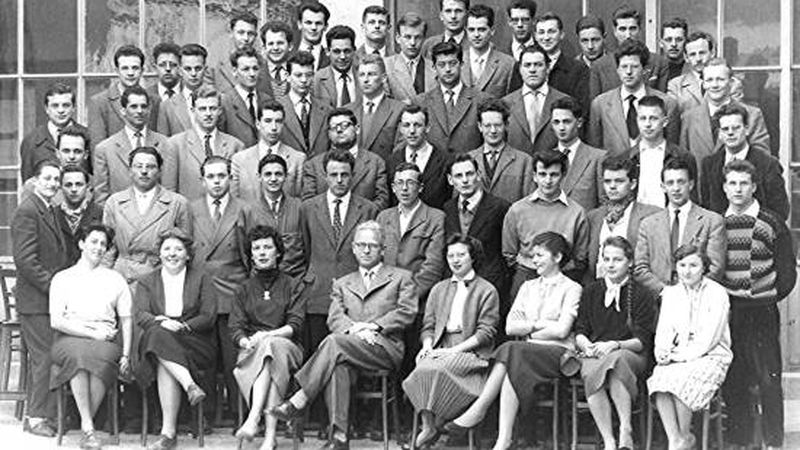 The first thesis in computer science in France was defended by a woman, Marion Créhange, in 1961. She has just died at the age of 85 in Nancy. A visionary, she became interested in the structure of the programming language and the search for images.

On March 31, 2022, Marion Créhange died in Nancy, at the age of 85. Little known to Nancy residents and even less to the general public, she is nevertheless the first person to have defended a thesis in computer science and to have obtained this doctorate in 1961 in Nancy. His thesis, entitled “Structure of the programming language” laid important foundations for computer science.

I have always suffered from a bad memory and when I think of the time that has elapsed since I entered the field of what was not yet called computing, I have the impression of seeing from a hot-air balloon (space- time) my long journey, step by step in the mountains

In October 2021 the website interstices.info publishes an article, entitled “My computer hike”, in which Marion Créhange writes: “JI have been retired for 23 years, I have always suffered from a bad memory and when I think of the time that has elapsed since I entered the field of what was not yet called computer science, I have the impression to see from a hot air balloon (spatio-temporal) my long journey, step by step in the mountains. I love the mountains“.

She recounts the different stages of her life “in computing”. She says she has some regrets:Another regret, which I have felt almost throughout my career, is that I came too early! This is particularly obvious in the field of information retrieval, a field where, at the time, the information to be searched was sorely lacking, especially when I worked on indexed image databases! “

She participated fully in the beginnings of computing at the University of Nancy, before the word “Computer Science” was invented.

In this text, we discover his trajectory and even more his philosophy. But, we must measure the path traveled by this woman, this pioneer of computing.

On the site of Stanislas Academywe learn that Marion Créhange “began her career in 1959, as an assistant at the Faculty of Sciences of Nancy, Jean Legras having suggested that she try with him the adventure of the nascent “automatic calculation”. Thus, she participated fully in the beginnings of computing at the University of Nancy, before the word “Computer Science” was invented. From this period, she tried to harmoniously balance the four aspects of her profession: teaching, research, administration, dissemination“.

She is part of the team of pioneers who created, in Nancy, the CRIN (Computer Research Center of Nancy)which would become the Lorraine Research Laboratory in Computer Science and its Applications (LORIA). A place which, now associated with INRIAshines on an international scale.

Marion Créhange was a visionary. She created the team EXPRIM (Expert for Image Research) at CRIN in 1983.

“The EXPRIM project aimed to interactively help a user to query an image database, coupled with a descriptive database. The man-machine dialogue gave an essential role to the human vision, by carrying out a loop of relevance to bring the request to better and better represent the need.“. If further evidence was needed to show how pioneering Marion Créhange was, we find in the regional magazine, “The Lorrain country” of January 01, 1990these words : “These languages, which took some time to arrive in Nancy, raised questions which contained the seeds of the foundations of the science of programming (…) Claude Pair and the few researchers around him became aware of the appearance of a new discipline. Thus, Marion Créhange defended in 1960, a thesis of the third cycle, which related to the definition and the realization of a micro assembler, intermediate language between machine language and advanced language. And from 1963 to 1965 was made a model of an ALGO60 compiler“.

In the text published by interstices.infoMarion Créhange wrote in conclusion: “I also regret not living, as an actor, the current theoretical progress, but above all certain extraordinary applications. I am very impressed, now, to have taken part in a historical evolution… And not to have completely realized it!”

It has done more than participate in a historical evolution. She is one of those who initiated it.

Marion Créhange, first person to have obtained a doctorate in computer science in France, has just died at 85 in Nancy