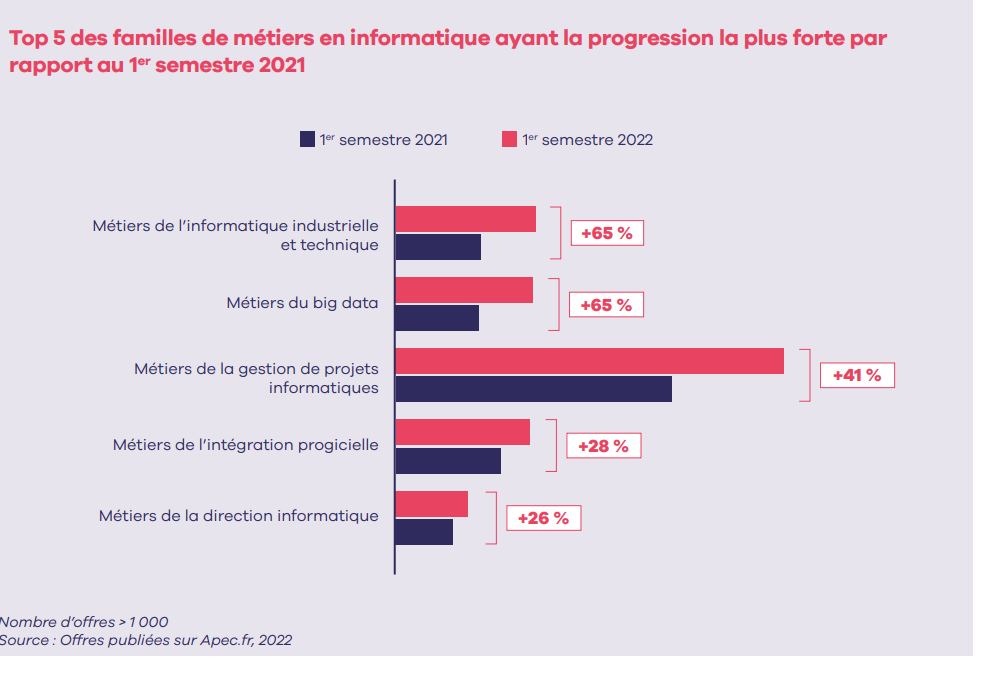 In line with its growth observed last year, IT employment will remain at a high level, the result of a 27% increase in demand for technological profiles. According to Apec, the professions of industrial and technical computing and those of big data show the strongest growth in terms of job offers in the 1st half of 2022 compared to last year.

The momentum in the recruitment of IT executives seems to be holding up despite the economic uncertainties due to the current geopolitical context. This is observed by Apec in its latest annual survey on the employment of IT executives carried out with 8,000 companies between November 2021 and January 2022. Proof of the dynamism of the market, during the first half of 2022, the volume of job offers for IT executive positions increased by 27% compared to the year past. The current year could even be one of the record years for the recruitment of IT professionals, considers the association.

Over the period, the industrial IT and big data professions recorded the strongest growth in the sector, and topped the top 5. In these two disciplines, managerial job offers jumped 65% respectively between the 1st half of 2021 and the first half of 2022. According to Apec, the widespread distribution of embedded systems and connected objects to all sectors of activity (automotive, aeronautics, telecommunications, health, etc.) largely explains this increase. announcements in technical functions.

Similarly, specialists in data analysis are increasingly sought after in all fields of activity, both in industry and in other sectors. In third position, we find IT project managers (agile methods and IT managers) with a substantial increase in managerial job offers of 41% over the same period. With an increase of 28%, software integrators and software technical consultants rank 4th in terms of the highest volumes of offers. CIOs bring up the rear with a 5th place and positions up 26%. 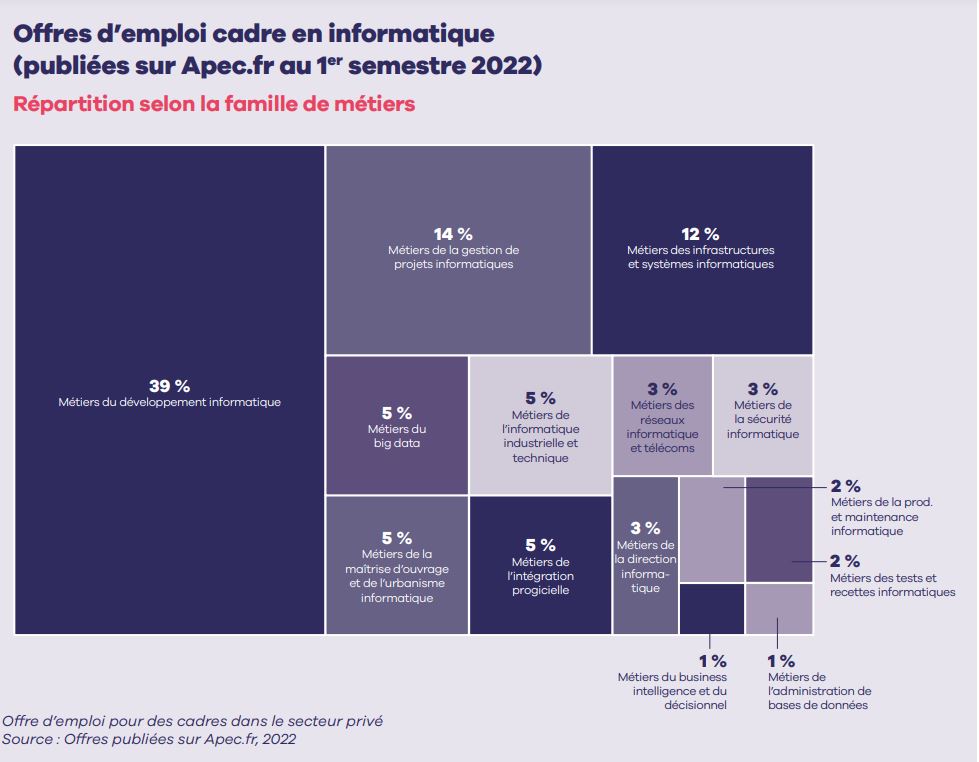 With nearly 40% of positions to be filled during the first six months of the year, developers remain the most popular on the job market for IT executives. (Source Apec/Image credit: Apec)

High needs for IT developers

As for the most sought-after profiles, developers still hold the prize. In this category, coders, design and development engineers or architects alone represent 39% of all IT offers in the first half of 2022. Among the most popular IT professions, there are also specialists in IT project management (14% of vacancies) alongside infrastructure and systems experts (12%).

In terms of geographical distribution, the recruitment of IT executives is still highly concentrated in Île-de-France, also underlines Apec in its economic note. Thus, 6 out of 10 IT executives were employed during the first six months of 2022 in Paris and its outskirts, compared to less than 1 in 2 executives overall. Among the other regions, Auvergne-Rhône-Alpes (9% of recruitments) and Occitanie (5%) are those which recruit the most executives in technologies.