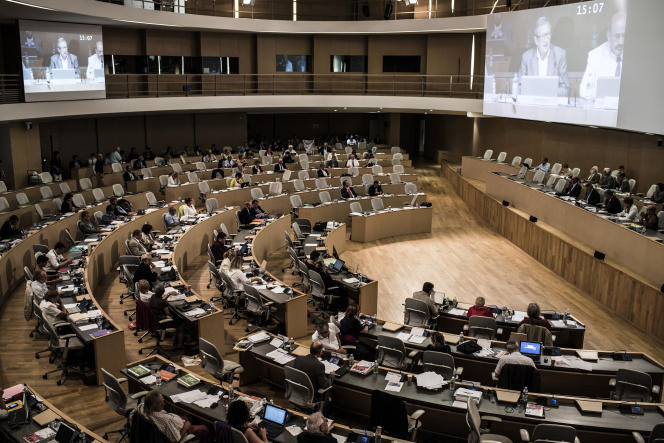 When the administration lets itself be tempted by the power of digital surveillance. At the helm of the Lyon Criminal Court, Friday, May 20, Benoît Dehais, 52, remains convinced that he has done nothing wrong. Suspected of having set up a device for spying on all the mailboxes of agents and elected officials in the former Rhône-Alpes region, the former director of IT services (DSI) maintains with conviction that he has implemented implements a purely technical system, intended to ensure the security of the community’s information network. “We are in a logic of access control, we do not target a particular population, we set up without any other malice”said the defendant in a navy suit and white shirt, his throat tight and his expression sorry.

At the end of 2015, the CIO requested full access to the community’s Exchange network, from his mailbox. The code allows him to administer all of the community’s computer accounts, to monitor exchanges and, potentially, to consult the content of messages. “I am in obedience to an instruction such as it was formulated to me. It is a technical organization to organize the control of a professional nature »says the engineer, now stationed in Occitania.

Signs are flashing though. Responsible for implementing the deposit, the service provider Spie service finds the process unusual, in contradiction with the ethical recommendations. He asks for confirmation, by returning a form from the National Commission for Computing and Liberties (CNIL), according to which this type of computer access must be reserved for specific positions, for strict network maintenance. The region confirms its request, claiming confidentiality, and the mechanism engages.

The period is particularly tense for IT operators, in a hurry to successfully merge the two regions, Auvergne and Rhône-Alpes. This causes conflict and suffering in the service. And then there is another request: the search for senders or recipients using the keyword “dangele”, which corresponds to the email address of the old satirical newspaper Angela’s Gossip. This approach aims to seek the sources of Gérard Angel, former head of the political service of the Progress, who launched his own weekly, teeming with confidential information. In the middle of the election period, the independent journalist multiplies the revelations about the management of the team of Jean-Jack Queyranne, then president (PS) of the regional council, not without mockery and drawn caricatures. The reporter taunts the director general of services (DGS), the prefect Philippe De Mester, whom he nicknames “Maître Kanter”, because he has “the habit of being lathered”.

You have 42.69% of this article left to read. The following is for subscribers only.

In Lyon, the trial of computer espionage to track down the sources of a journalist