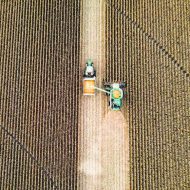 The multinational IBM, specializing in IT, has been working for several years to advance quantum computing. In 2023, the company should present Condor, its new quantum computer which will offer unprecedented computing power. In addition, it is also working on a processor which should help it to offer ever more efficient quantum computers.

IBM has been working on quantum computing for almost six years

1,000 qubits for his quantum computer. This is the objective that IBM has set itself for the year 2023, and this since 2020. Since 2016, the American company has been conducting research in this area. First, in an effort to prove that quantum computing has much more potential than classical computing, what she did in 2018 : a team of IBM researchers has mathematically demonstrated that quantum algorithms perform better than their classical counterparts.

Gradually, IBM develops several quantum computers. A first device with 5 qubits first, then a second with 20 qubits in 2019 called “IBQ System One”. This was the first quantum computer offered by the firm for commercial use. In subsequent years, IBM only increased the number of qubits. From 65 qubits in 2020, the multinational has gone to 127 qubits with Eaglethen at 433 qubits with his latest device, the Osprey.

According to statements collected by IEEE SpectrumJamie Thomas, IBM’s chief strategy and development officer, said the company will ship a 1,121-qubit quantum processor in 2023. The key thing that we’ve been focused on over the last six months is really an articulation of our roadmaps, so the roadmap around hardware, the roadmap around software, and we’ve also done quite a bit ecosystem development “, she declared on the occasion of the IBM Think, an event organized every year by IBM.

To be able to reach this number of qubits and avoid overheating the device, IBM has developed a ” dilution refrigerator » having the same functionality as fans on conventional computers. In addition to Condor, the computing giant is expected to develop another quantum processor with only 133 qubits. The objective of Heron, the name of this new processor, is to focus on different aspects than that of the qubit race such as the architecture or the layout of the components which also have an influence on the speed of information processing. and the number of errors made.

In its roadmap, IBM mentions Condor and Heron and thinks of the future with new high-performance processors such as Flamingo, Crossbill or even Kookaburra. Picture: IBM.

By 2025, IBM aims to a quantum supercomputer which would revolutionize the sector according to him. To achieve this, the company is already working on two more powerful processors than Condor. The first, Flamingo, will be released in 2024 and will feature over 1,386 qubits. The second, Kookaburra, is more impressive, as it will allow you to cross the ambitious threshold of the 4000 qubits in less than three years.

IBM expected to pass the 1,000 qubit mark for its quantum computer in 2023