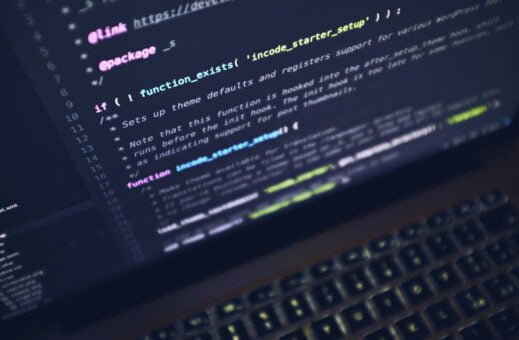 Computing of the future will belong to full-stack developers explained to me Hervé Rincentindependent developer. Despite the sometimes hasty conclusions of some technology gurus, according to the IT expert, low-code no-code techniques will not make developers disappear, any more than they have been killed by the generalization of ERPs. Let’s see here with Hervé, how we could envisage imagining the future of computing. A future where IT specialists will necessarily be, according to him, full-stack developers capable of understanding the customer’s business and working in symbiosis with him.

The future of computing will belong to full-stack developers

Where is IT going and what future for IT people

Where is the computer going? Abundant technological innovations sometimes cause us to lose sight of the reality on the ground. Will the low-code no-code wave topple all the coders in its path? And what is the future of IT and developers? Will they have to learn the business of their customers (internal and external)?

To discuss this, I invited Hervé Rincentwhose company Camilab.co does custom development, and publishes a blog article on IT every week that is found in a newsletter that I never fail to read.

In this interview, summarized in this post, we tried to envision the future of computing.

Fuzzy organizations that no one understands anymore

Before doing IT, organizations and processes must be mapped. It was even my job for many years.

However, organizations are, according to Hervé, generators of vagueness.

There is an effect of “ill-defined concepts, poorly drawn borders, misuse of vocabulary where everyone uses the same word to designate things that are different, it is this complexity, which is often called accidental complexity , which we will find in our code if we are not careful,” he explains.

It is necessary to avoid that these vaguenesses, these imprecisions of vocabulary, these badly defined concepts are found in the code. It is this lack of clarification that is at the origin of the famous analogy of the SI and the plate of Spaghetti.

Businesses need developers more than ever

We sometimes hear that the profession of developer is on the way to extinction, that no-code will replace coders. But it is nothing.

“When I talk to companies, I see exactly the opposite,” emphasizes Hervé.

He even identifies three scenarios that justify calling on a developer:

On the basis of this balance sheet, many companies are beginning to assess the cost of a custom development.

Made-to-measure is not necessarily ruinous

This would respond explicitly and expressly to their needs, save their users time, without overwhelming them with features, without knowing the limits of Excel, and without asking users to spend their time copying and pasting.

“They wonder about the relevance of open source, especially since software development techniques have evolved a lot and you never start from scratch when you code,” explains Hervé Rincent.

The more software packages are available and universal, the less we succeed in killing the specific

One of my friends who was an adviser to the boss of an ESN told me one day that France was the country best equipped with IT service companies per capita, as we had an immoderate love for specific software.

However, large software packages and vertical software are still unable to overcome specific software. Maybe they even have a repelling effect…

“The big players or the people who make SaaS software have one goal in mind,” Hervé told me, “to add features to expand their market sharesThe market share (MSP) can be defined as a percentage expressing the place occupied by a producer or a given brand in its market. and conquer new users”. “Their metrics are the number of users, and the number of persistent users.”

Their goal is to gradually expand this range of features to appeal to as many people as possible and have a large number of users.

“Anyone who has tried to use Salesforce sees what accidental complexity we have fallen into: you have to pay consultants €1,000 a day to manage to configure your Salesforce, to manage to do your job, with a tool that you don’t don’t use 99% of the features, and whose pricing per user is far from given,” he notes.

If we add the consulting necessary to configure its instance and the monthly cost of use per user, the comparison with the specific is therefore not necessarily in favor of off-the-shelf software, explains Hervé Rincent.

In view, there is a specific development mastered by the company, with which we will be able to manufacture software that really embeds its specificity and its core business.

Finally, the specific software option may not be as insane as one would like to say. Nicholas Carr can go back to school.

Low code – No code: the return of fourth generation languages

Since the modern world likes to try to kill everything it can, it is no surprise that the death of code is announced thanks to the advent of low code, no code.

But as always, reality goes beyond fiction and it is above all more complex.

” In the tools no code in reality we code, but with a different level of abstraction. We don’t code in a language, but by moving objects on a screen, by putting widgets that we will link” explains Hervé Rincent.

“No-code tools like bubble for example, require time and knowledge of the tool. There are 27000 configuration possibilities when moving widgets, for example. The experience of this tool is very close to the coding experience” adds Hervé Rincent.

But unlike real code where you own the source code, the code created with a no-code tool owns the no-code platform. A shade of weight.

We lose a margin of freedom, and sometimes we don’t gain that much time!

In conclusion, there is therefore still a lot of work for developers, ESNs, and enterprise architects

“Developers will have to reaffirm their skills in business analysis, understand the client’s business, how this client’s needs are really specific”, explains Hervé.

They must also, according to him, develop their knowledge of the open source tools that will be able to be connected around this specific core in order to benefit from the best of both worlds: reuse the generic, and develop the specific, by helping the client to make explicit its organization.

The skills of this developer of the future will go “beyond knowledge of the syntax of a computer language. Developers must have more involvement in the consulting part,” insists Hervé Rincent.

They must learn to embrace more of their development life cycle, understanding the need and the architecture.

So the future is for full-stack developers

“The full-stack is able to start from the business analysis to define a good architecture that will be able to evolve easily, then to code, and then to iterate on these three things quickly”, explains Hervé.

A feature is developed and delivered in ten days allowing for rapid feedback. “This is the future of the developer profession,” concludes Hervé.

Full-Stack Developers: The Future of IT Will Be Theirs