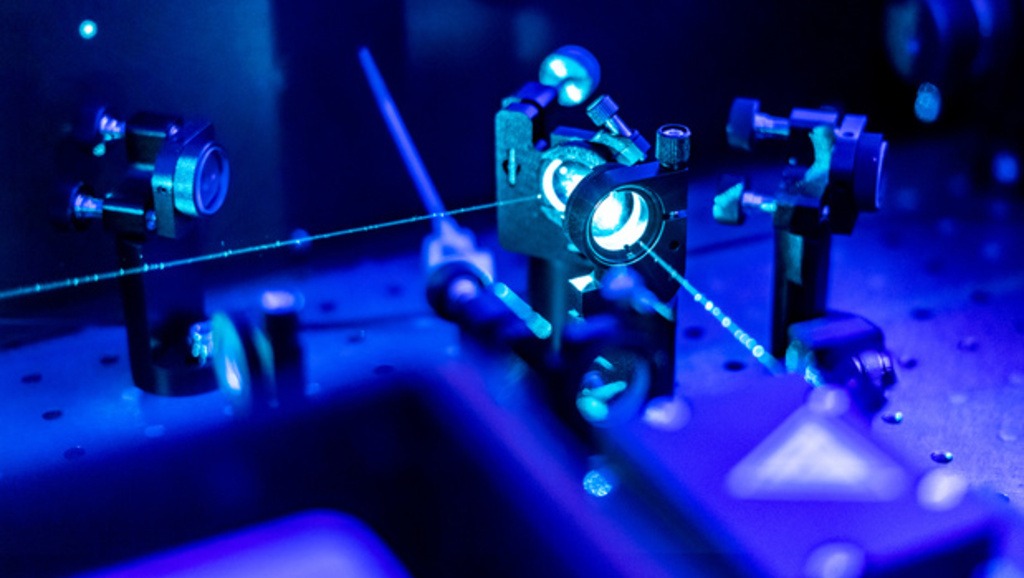 The technology ofmodern information is based on a skilful division of labour: photons transport data around the world when electrons process them. Before the rise of fiber optics, electrons did both, but the use of photons made it possible to speed up the flow of information. Some hope they can complete the transition by making photons also able to process data while carrying it.

Switching to optical computers would save time and reduce power consumption

By their electrically neutral nature, photons can cross each other without interacting unlike electrons. Glass fibers can simultaneously handle a large number of signals, which copper wires cannot. The transition to fiber optics has become essential with the rise of Internet connections and with the use of data-intensive applications such as video streaming.

Switching to optical computers would save time and reduce energy consumption, as photons moving through transparent space do not experience friction effects. Optical computing is a major challenge for the development of artificial intelligence. Self-learning systems require speed and energy. Optics makes it possible to obtain the first and save the second. Many experiments are in progress.

The research centers are working on hybrid chips combining silicon and light modulation. The challenge is to put an end to the decline in performance gains from electronics. Ryan Hamerly and his team at Massachusetts Institute of Technology in Boston are looking to harness the low power consumption of hybrid optic devices for smart speakers, lightweight drones and self-driving cars. Today, a smart speaker sends a digitized version of what it heard over the Internet to a remote server for processing. The server then returns the response. This process is time consuming and insecure. An optical chip placed in such a speaker could perform real-time analysis with low power consumption and without risk of data corruption. The optical message does not suffer any alteration unlike that passing through a copper wire or Bluetooth. High-end amplifiers have been using optical connections for years to obtain the best sound reproduction.

Other researchers, including Ugur Tegin of the California Institute of Technology, believe that the advantage of optical computing lies in its ability to handle large masses of data. Currently, for example, image recognition systems operate on low-resolution images because high-resolution versions are too large. With conventional electronic components, the bandwidth is limited and does not allow simultaneous management of a large number of high-resolution images. Ugur Tegin’s answer is to forego electronics altogether and use all-optical computers. Only the final result of operations gives rise to electronic processing.

At the University of California, Los Angeles, Aydogan Ozcan, adopts a technology excluding any use of electrons by using thin sheets of specially manufactured glass, the size of a postage stamp, placed on top of each other . In this case, the optics work passively, like a camera lens. The system never captures images or sends the raw data, only the inferred result.

The rise of artificial intelligence requires significant and instantaneous processing capacities. The “ChatGPT” conversational robot, which can produce text on a large number of subjects from questions asked of it, needs to improve to manage a growing volume of data and to return the results of queries as quickly as possible. . Optical computing is one of the ways to improve this type of application, as well as for the development of autonomous car fleets.

Computing in the age of the photon