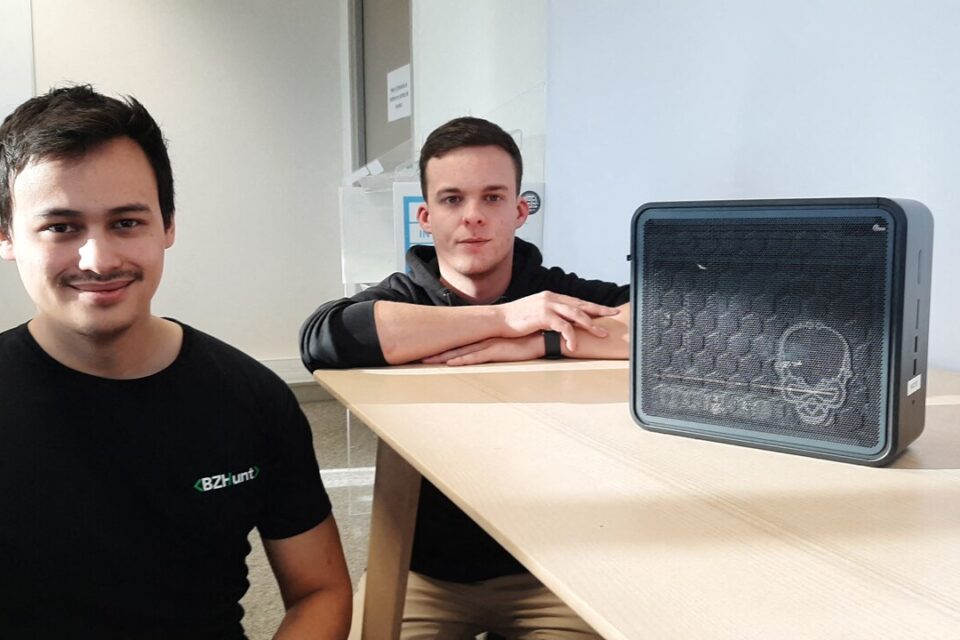 
Brest side
See my news

The company started in the living room of Brice Augras, in November 2020. In the middle of next year, BZHunt will move to premises of 200 m2 near the airport. The company, now installed in offices that have already become too small in the premises of XANkom in Guipavas, achieved 400,000 euros in turnover in 2021, it will reach one million this year. A success story !

“Fiber of the hack”

BZHunt specializes in ethical hacking. As more and more businesses of all sizes facecomputer attacks, its employees also attack companies, but at their request. The goal: to identify flaws to “see how they can protect themselves. It’s a puzzle game everyday. From the path we take, we look at where we have been able to walk to improve the existing one, ”says Brice Augras, founder of BZHunt, 31 years old.

“It’s a bit like walking into a toy store. We discover from many professions, different constraints. You don’t secure a hospital’s computer system like a financial magnate’s. »

Seven employees make up the company, they will soon be nine. All have “the fiber of the hack”. They do not necessarily travel physically to companies, which are often located abroad.

Another activity of BZHunt, the bug bountybug bounty in French (bounty hunters).

Large structures like the web giants (Gafa) offer hackers to find flaws in their system. And remunerate them according to the seriousness of those they detect. A very technical job that requires looking into the code for several weeks. A very secret job. We made it a showcase.

The members of the Breton company would be wrong not to be proud: this year, France won the World Championship bug bounty among sixteen countries selected for the competition. Of the sixteen French people, three work at BZHunt!

It was while indulging in his passion for bug bounty that Brice Augras met Victor Poucheret, then in Montpellier, with whom he managed the company.

Besides, is it easy to bring ethical hacking specialists to the depths of Brittany? “Yes, we have received 400 applications in 2021. With us, you can do bug bounty at work, while many like to practice it as a hobby outside of work, often late at night. We also guarantee 20% research and development (R&D) working time. And we do sponsorship in schools. »

And this, to highlight the activity of the company and “that our profession is demystified. We need to understand who the cybercriminals are. We have to get out of this tendency for companies not to communicate when they are attacked and have to pay ransoms. » Ransoms which sometimes reach several hundreds of thousands of euros, or even much more.

Was this article helpful to you? Know that you can follow Côté Brest in space My News . In one click, after registration, you will find all the news of your favorite cities and brands.


Find here our social media profiles and other related pageshttps://yaroos.com/related-pages/