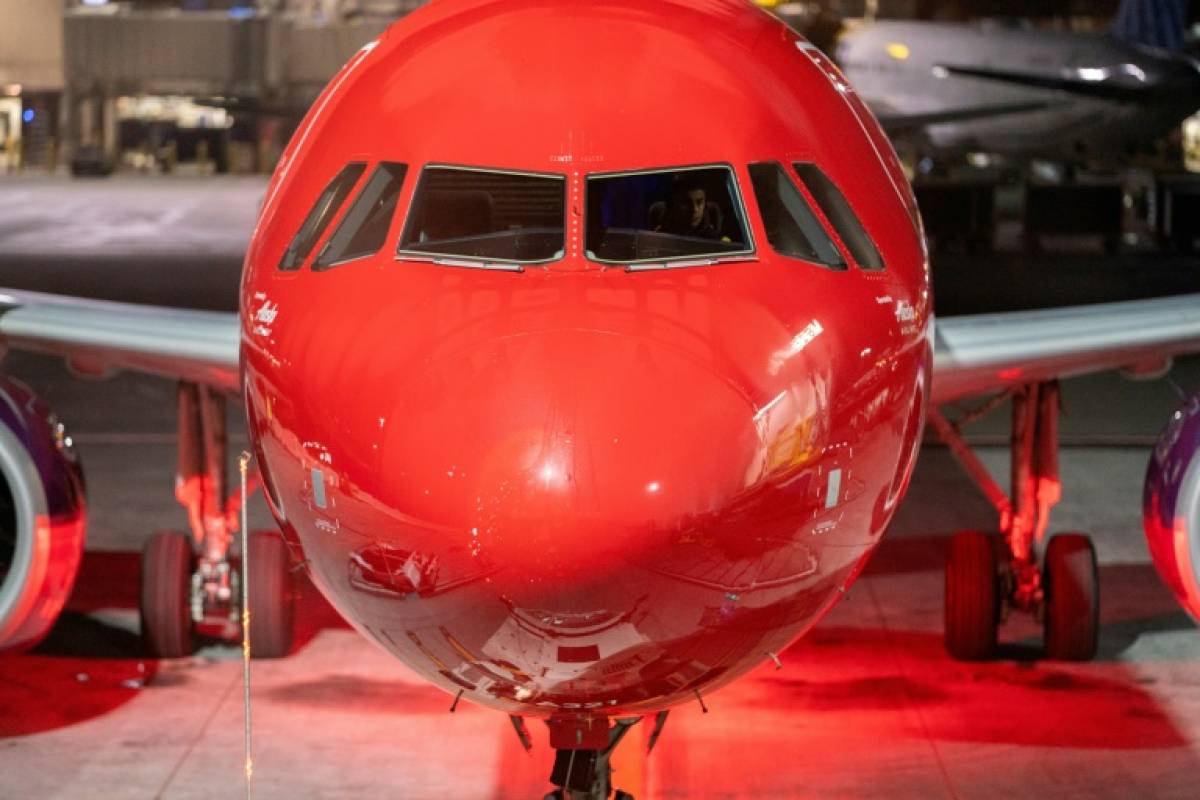 A plane on the tarmac at Los Angeles International Airport on January 11, 2023 (AFP / Stefani Reynolds)

The US aviation authority, the FAA, had to temporarily suspend the takeoff of all internal flights in the United States on Wednesday due to a computer failure, causing thousands of cancellations and delays.

The incident, which began overnight from Tuesday to Wednesday, affected a crucial information system for pilots and crews.

To ensure air traffic safety, the FAA decided to prevent all takeoffs of domestic flights until 9 a.m. on the east coast of the country (1400 GMT), with a few exceptions, the time to resolve the problem.

The suspension lasted about an hour and a half, Transportation Minister Pete Buttigieg told MSNBC. Operations then gradually resumed.

In total, according to a count of the specialized site Flight Aware consulted by AFP around 00:30 GMT, more than 1,300 flights were canceled and more than 9,700 delayed.

“Our preliminary investigation linked the outage to a damaged database file,” the FAA said on Twitter on Wednesday evening, adding “at this stage, there (was) no evidence of a cyberattack” .

A Los Angeles International Airport employee walks past a plane docked at a gate on January 11, 2023 (AFP / Stefani Reynolds)

Pete Buttigieg announced the opening of an investigation aimed in particular at understanding why the systems supposed to take over in the event of a problem had not worked.

White House spokeswoman Karine Jean-Pierre assured her side that the FAA was doing everything to ensure that this situation “does not happen again”.

The Notice To Air Missions (NOTAM) system, affected by Wednesday’s outage, allows information to be transmitted to flight crews concerning risks in airports, such as the closure of a landing strip, the presence of a crane on the ground or special activities such as military operations.

It would be the first general suspension of takeoffs decided by the FAA since the attacks of September 11, 2001, according to experts in the sector quoted by American media. The authority did not immediately respond to AFP on this point.

At Ronald Reagan airport, located near Washington, the departure boards were riddled in the morning with red flags indicating delays.

“We’re going to miss our connection,” said Lisa Nho, who was waiting for a flight to Texas with her husband and almost two-year-old daughter, to be followed by another flight to Cabo, Mexico. “We were leaving when we received a text saying that the flight would be delayed,” she explained.

Vince Hamilton’s flight to Chicago had already been delayed twice. If he misses his connection in Saint-Louis, where he is supposed to catch a bus, he plans to rent a car.

The chair of the US Senate Committee on Transportation, Maria Cantwell, has warned that a committee will examine the causes of the disruptions.

“The public needs a resilient air transport system,” said the elected Democrat in a press release.

Air traffic in the United States had already been badly shaken at Christmas time by an extreme cold spell accompanied by snowfall, which had caused cascading cancellations for several days within the Southwest company.

“Today’s catastrophic failure of the FAA system is a clear signal that America’s transportation system is in desperate need of a major upgrade,” the Tourism Association of America said.

Several Republicans have also strongly criticized the FAA, like Senator Ted Cruz who, in a press release, considered “unacceptable” the inability of the agency to operate a system important to safety.

He also called for the appointment of an “experienced leader” at the head of the FAA.

The agency has indeed been without a head since the resignation of Steve Dickson at the end of March 2021. The White House proposed in July to replace him with Phillip Washington, but Congress has still not proceeded with his hearing, thus preventing his taking. From post.

A computer failure causes another mess in the American skies