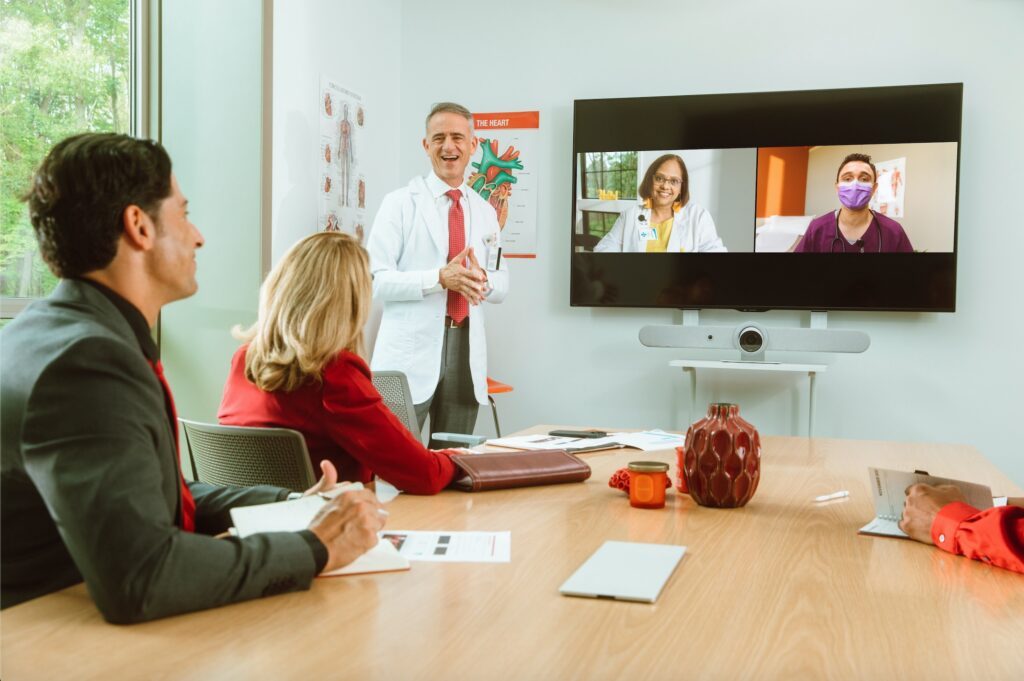 The videoconferencing software has launched an artificial intelligence analysis program of emotions. The project is very badly received, and is based on many problematic points.

“ Discriminatory », « manipulator ” and ” punitive “: this is how more than twenty associations describe one of the new tools of Zoom. The videoconferencing software indeed published a new offer in April, called “Zoom IQ for Sales”, presented simply as a tool for conversational intelligencethe” intended for sales teams to help them negotiate. But in fact, IQ for Sales is much more than that.

It is to denounce the use of this tool that the various human rights defense groups wrote an open letter. They express their concern about the future of this technology, explaining that it represents a risk for the privacy of users, and that it would be partly based on ” pseudo-science “. They’re asking Zoom to back down and drop IQ for Sales.

What does Zoom IQ for Sales offer?

What does Zoom IQ for Sakes actually do? On his site, Zoom is quite stingy with detail. The software simply says that the tool is intended primarily for sales teams, who could use it to improve their performance through “ indicators”. These indicators “analyze interactions with customers to bring up certain data », explains Zoom on its site.

On another page, in which IQ for Sales is further describedwe learn that the tool does “ post-meeting analysis that shows transcript highlights as well as sentiment and engagement rates “. It is also about ” aggregated data “, who ” provide context » and which would be used for « cknow the number of interactions, the competition and the feelings of the customers “.

It is only further down the page that we learn that the information provided by IQ for Sales is ” speaking-to-listening ratio, speaking speed, patience, use of filler words, sentiment analysis “. More specifically, sentiment analysis would be used in order to ” find out which competitors talk about you the most, why you win or lose against them, and what feelings are commonly associated with them “.

These are the only two sentences that mention the collection of data on Zoom, and this famous sentiment analysis. There are no further details on how this data would be collected precisely, or when, or under what conditions. It is never specified how they would be analyzed. And that’s all the open letter blames Zoom for.

The problems associated and denounced by the groups

The open letter denounces the fact that Zoom “ collect user data but most of all she underscores the fact that the whole promise of sentiment analysis is ” based on a misconception, which is that an artificial intelligence can track and analyze human emotions “. It is for them a violation of privacy and human rights ”, and the authors of the open letter call on Zoom to “ discontinue plans for this feature “.

It is true that such technology does not seem completely compatible with the privacy of Internet users – and the fact that Zoom does not specify the conditions of use of IQ for Sales on its site invites caution. If we can suspect that there will be limits in the use, and that it will be necessary to give its consent before being filmed, this notion can nevertheless make it uncomfortable. This is all the more the case that Zoom intends this functionality for professionals: will it really be possible not to use it if ever the managers of a company oblige?

The authors of the letter further highlight the fact that AI sentiment analysis is based on a ” pseudo-science “. ” Facial expressions are often disconnected from the real emotions felt, and studies have shown that even humans cannot always accurately predict the emotions of the people in front of them. “, indicate the authors. ” Developing this tool adds credibility to this pseudo-science “, and “ jeopardize your reputation they warn Zoom.

As of now, Zoom has yet to officially respond to the open letter. However, these authors seem to be hopeful: it’s an opportunity to show that you care about your users and your reputation. Zoom is an industry leader, and millions of people are counting on you to guide our digital future. “.

Zoom sells a tool to analyze our emotions, and not everyone likes it