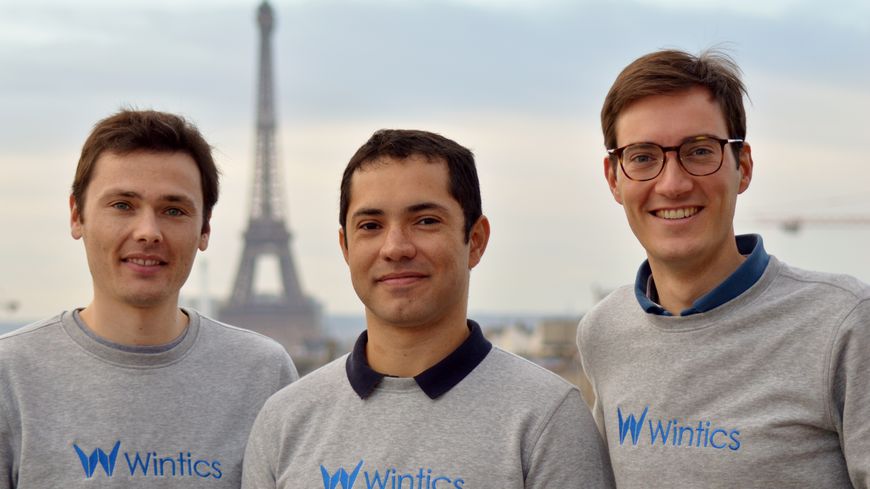 While all countries and companies are accelerating their digital transition, perceived as a source of progress and development, many experts are wondering about its cost to the environment.

According to the results of a study commissioned by the Senate Committee in 2020 on the carbon footprint of digital technology in France, digital technology is a major source of greenhouse gas emissions in our country (15 million tonnes of CO2 equivalent), i.e. 3.7% of total emissions in 2019 , which could increase considerably in the years to come, up to 60% by 2040, if nothing was done to reduce its impact.

This environmental impact also concerns mineral resources and water. According to Greenpeace in the digital age, paradoxically, the more we “dematerialize”, the more we use matter and energy. Let’s take a laptop. It requires dozens of metals from around the world: Congolese tantalum, Bolivian lithium, Australian gold, Chinese rare earths. The extraction of these minerals is very costly for the environment: it requires a lot of (fossil) energy, water and resources.

The digital pollution caused by data sharing, storage and downloading is largely due to the use of energy-intensive servers, according to the Ecological Transition Agency.

The energy cost of technological solutions and data processing is also considerable. So much so that in 2019, a team of researchers from the University of Massachusetts in the United States conducting a study on the ecological impact of artificial intelligence had come to the alarming conclusion that training, for example, a deep learning model for natural language processing emitted as much as a human being for 57 years. A heavy bill for the services of a voice assistant!

Because indeed, some artificial intelligence developments are expensive models both financially, due to the cost of hardware and electricity or computing time in the clouds (cloud), and environmentally, in because of the carbon footprint needed to power modern algorithmic processing hardware.

Working from large masses of data, processed in computing centers and server farms, these digital factories also require constant cooling. Suffice to say that AI researchers and the digital industry have an interest in thinking about the development model they use and aiming for sobriety, otherwise digital will be more part of the problem than the solution concludes the report on the environmental impact of digital technology published in 2018 by carbon transition think tank The Shift Project.

In an attempt to frame the uses, the National Digital Council (CNNum), in partnership with the High Council for the Climate (HCC), published in early 2020 its roadmap for a “responsible digital”, that is to say sober and at the service of the objectives of sustainable development and the ecological and inclusive transition.

At last, a law aimed at reducing the environmental footprint of digital technology was promulgated in November 2021, even though criticized and deemed not very restrictive, it still lays the foundations for best practices.

Artificial intelligence as a tool for ecological transition

Properly mastered and reasonably used, artificial intelligence could help fight global warming. It makes it possible to map, count and process complex information which in many areas will aim to optimize and rationalize the use of resources and infrastructures.

The three founders of Wintics, Matthias Houllier, Quentin Barenne and Levi Viana are convinced of this and it is in the field of transport that they have decided to focus their research. All three graduated from Grandes Ecoles, HEC, ESCP and Polytechnique, they have developed and marketed software for 3 years to meet the challenges of urban mobility.

How can cars, trucks, buses, scooters, bicycles or even scooters and pedestrians coexist in cities? With the emergence of new uses and the development of soft mobility, urban areas are now faced with a real headache to make travel more fluid but also less polluting.

Because you have to know that dense and congested traffic represents 16 times more CO2 emissions than free-flowing traffic. We can also note that 3 out of 10 vehicles circulating in a city center are looking for parking.

By managing to switch 25% of vehicle transport in cities to soft mobility, we could reduce CO2 emissions by 15%. But we could also mention the contribution of carpooling, the optimization of passages and rotations of public transport, buses and metro that we would no longer run empty and would adjust to peaks in attendance.

Our purpose is to build more comfortable and sustainable cities together

But to make the city smarter, you have to collect a lot of data and be able to analyze it quickly. Their solution intended for road managers, communities, transport operators fits in a small box and connects to urban video surveillance cameras. Equipped with a powerful algorithm, it allows the automatic and real-time analysis of video image streams. It’s a technology we’ve been talking about for several years that has proven itself on the academic side with great advances thanks to big data recognizes Matthias Houllier but in terms of artificial intelligence and computer vision deployed on a large scale, Wintics considers itself pioneer in Europe with unequaled precision levels on the market.

It was first in the city of Paris that they tested their technology to equip around thirty communities today, such as the Col du Tourmalet in the Hautes Pyrénées, to help manage the flow of tourists, or the passages of trucks on the Saint Nazaire bridge in Loire Atlantique or the analysis of the occupation of carpooling areas in the Haut Rhin and bas Rhin (CEA).

The RATP also uses their services to regulate rotations according to the number of passengers in the station and in the metro. They also count among their customers port managers and car park operators abroad, Belgium, Switzerland and Morocco.

In its development, Wintics relied on two axes. First of all, the sobriety of the installations and equipment. Artificial intelligence is an incredibly powerful tool provided it is used where it is useful, says Levi Viana, the team’s polytechnician and world medalist in mathematics.

We have already done server-side optimization work, but our achievement is to have an excellent level of precision in the analyzes we provide by being able to run these very powerful algorithms in very small computers that consume 10 watts.

In addition, Wintics has chosen to capitalize on the equipment already in place and in particular the video surveillance cameras. The approach is quite new indeed, as the 50 French municipalities with more than 90,000 inhabitants are equipped with more than 11,000 cameras. These installations are mainly used by police services, Wintics gives them counting functions.

Traffic science has always relied on counting operations, teaches us Matthias Houllier, and all automotive facilities have always been equipped with electromagnetic loops which are in the roadway, but it does not provide information on other forms of mobility and especially soft mobility. Cities need finer and broader data to adapt their infrastructures.

We come to connect to what already exists by using video surveillance cameras. We use them for counting functions without having to install new sensors

If we understand the gain in use, on the other hand, we can wonder about the exploitation and confidentiality of this data. A point on which Wintics wishes to remain very clear from an ethical point of view.

We do video analysis without using any personal data analysis. We don’t do facial recognition, we don’t do plate reading. All the data we produce is 100% anonymous. No video, no images are stored or transit through the cloud

Founded in 2017, the start-up now employs 17 people, more than half of whom are dedicated to research and development. Leader in the automatic video analysis market, the company is aiming for 1 million euros in turnover in 2022.

Installed at the Urbanlab, the platform dedicated to the innovation of urban mobility in the 18th arrondissement of Paris, Wintics seems to be at the right vantage point to judge progress on the fluidity of traffic in the capital.

Wintics: artificial intelligence to reduce the carbon impact of transport