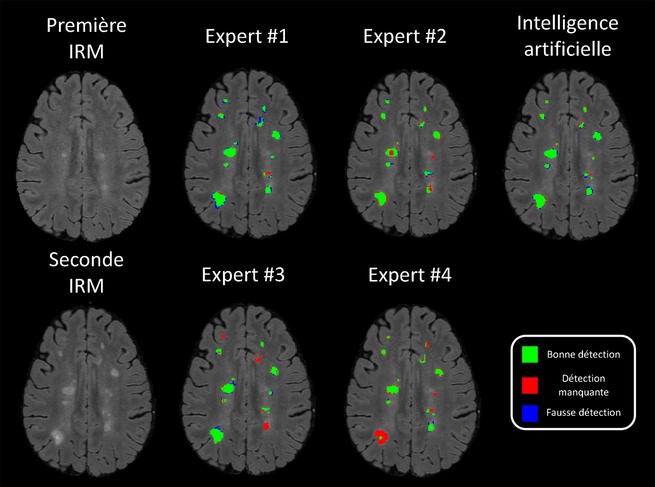 May 30 is World Multiple Sclerosis Day, an incurable disease that attacks the nervous system. Artificial intelligence could allow its earlier diagnosis, for better efficiency of treatments aimed at slowing its progression.

An autoimmune disease, multiple sclerosis is characterized by the degradation of myelin, the membrane that protects the axons of neurons. Communication within the nervous system is then progressively disrupted, leading to increasingly significant motor and neurological damage. Multiple sclerosis is currently incurable, but treatments can relieve some symptoms, especially if the disease is discovered early. But today, multiple sclerosis is detected rather late.

” The early diagnosis of multiple sclerosis involves in particular the observation by MRI of biomarkers, such as lesions or the abnormal volume of certain cerebral structures, explains Reda Abdellah-Kamraoui, doctoral student at the Bordeaux Computer Science Research Laboratory (LaBRI). Manually extracting this information from MRI images takes a considerable amount of time, and therefore automatic techniques have been developed.. »

Image that brings together the results obtained by different experts following the observation of two MRIs carried out several months apart, compared to those obtained by artificial intelligence.

With his thesis “Deep learning for big data in neuroimaging”, directed by Pierrick Coupé who is CNRS research director at LaBRI, Reda Abdellah-Kamraoui is at the heart of these questions. Deep learning methods (or deep learning), developed for image recognition tasks, have naturally been used to automate these complex and tedious operations. ” Artificial intelligence (AI) remains a tool capable of making mistakesinsists Reda Abdellah-Kamraoui. Physicians retain the monopoly of diagnosis. Deep learning, however, makes it possible to obtain an objective prediction, where two clinicians do not necessarily give the same interpretation.. »

Deep learning involves the accumulation of examples and data, with which the algorithms train themselves to distinguish the important elements on the MRI images. But these elements are not standardized, because the different MRI devices do not have the same renderings according to their manufacturer and their model. In Bordeaux, Reda Abdellah-Kamraoui is precisely studying the generalization of neural networks, so that they can train despite heterogeneous data. 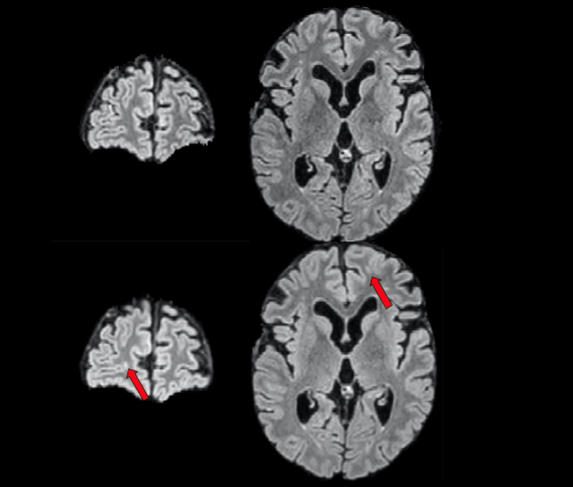 In the same idea, part of the work is dedicated to the generation of synthetic images, which compensate for the lack of data to train the algorithms. Reda Abdellah-Kamraoui took part in the challenge of the International conference on medical image computing and computer assisted intervention (MICCAI), dedicated to medical imaging, on the detection and segmentation of new lesions due to multiple sclerosis. “ The new lesions had to be detected from two successive MRIs of the same patientspecifies Reda Abdellah-Kamraoui. The concern is that as patients are treated as soon as lesions are spotted, subsequent MRIs will not show significant differences and therefore we lack the data to train our algorithms. We then proposed a technique where we generate fake MRI images that simulate the case of a patient who would not have been treated for several years, then we use them to train our AIs. »

Reda Abdellah-Kamraoui and his colleagues are also interested in predicting the severity score of multiple sclerosis, again from MRI images, but also from demographic and clinical data. This score is a very important parameter for doctors.

For all this work, the team mainly uses the Python computer language, and employs a dedicated library that allows the algorithms to read IRMs. In addition to deep learning, researchers are developing transfer learning, which allows an algorithm to master a new task, which is not exactly the one for which it was trained. It might seem simple, but systems based on artificial neural networks often need to start from scratch, or almost, to learn a new mission, even if it looks similar to the first one.

Multiple sclerosis is 120,000 patients in France

However, the study of MRI goes beyond the sole framework of multiple sclerosis. Pierrick Coupé, thesis director of Reda Abdellah-Kamraoui, created with Jose V. Manjón from the Polytechnic University of Valencia (Spain) volBrain. This platform makes it possible to download MRI data and automatically perform many useful tasks for the diagnosis of neurodegenerative pathologies, including multiple sclerosis, but also Alzheimer’s or Parkinson’s diseases.

These solutions are integrated by Boris Mansencal, research engineer at LaBRI. An ANR project, entitled DeepvolBrain, is also underway to adapt the platform to big data challenges, represented here by the explosion in the size of MRI data. Doctors like Thomas Tourdias, university professor and hospital practitioner at Bordeaux University Hospital, are involved in the project...

In France, other groups are also working to help diagnose multiple sclerosis by AI. L’Empenn team of the Institute for Research in Informatics and Random Systems (Irisa) thus participates in the Primus program, founded by the University Hospital of Rennes, which was endowed with eight million euros by the call for projects “Hospital-University Research in Health “. ” Multiple sclerosis is 120,000 patients in France who each have an MRI per yearunderlines Gilles Edan, hospital practitioner and professor emeritus at the University Hospital of Rennes, very involved in Primus. Add to this that neurologists and radiologists cannot be experts in all the diseases covered by their discipline, so it is impossible for every MRI image to be interpreted by a specialist in multiple sclerosis.»

The Primus project is centered around two tools. The first will aim to support medical decision-making, and also to facilitate patient compliance with the drugs prescribed to them, as they may have significant side effects. This future tool will be based on very high quality data, from clinical trials of pharmaceutical companies as well as a cohort of patients. OFSEP followed with extreme rigor. ” He finds patients who share a maximum of characteristics with ours, then shows us how the different treatments have acted on them.continues Gilles Edan. We then have solid and personalized indicators of the probable evolution of the disease under treatment. »

Primus’ second tool focuses on MRIs and will provide, thanks to a huge database, references to doctors who are not experts in multiple sclerosis. ” It’s a real revolutionrejoices Gilles Edan.It’s as if we had the memory and the experience of having treated 10,000 patients just a click away!» ♦

Read on our site
Brain MRIs have their automatic translator