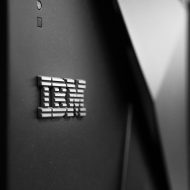 SAS has organized a new edition of the SAS Global Forum, its annual show highlighting many of its novelties. Thanks to this event, the company was able to present its new analytical software, its latest updates, its new partnerships, as well as concrete use cases of its technologies already well established with its customers.

Feedback on the success of the SAS Viya solution

SAS Viya is a solution that tries in particular to meet the strong demand for machine learning. This analytical platform makes it possible to visualize and exploit statistical data during the creation of artificial intelligence models thanks to machine learning. Thus, the developer can use this tool which supports the most widely used programming languages ​​to train his models so that they are as efficient as possible.

IBM announces its quantum supercomputer for 2025 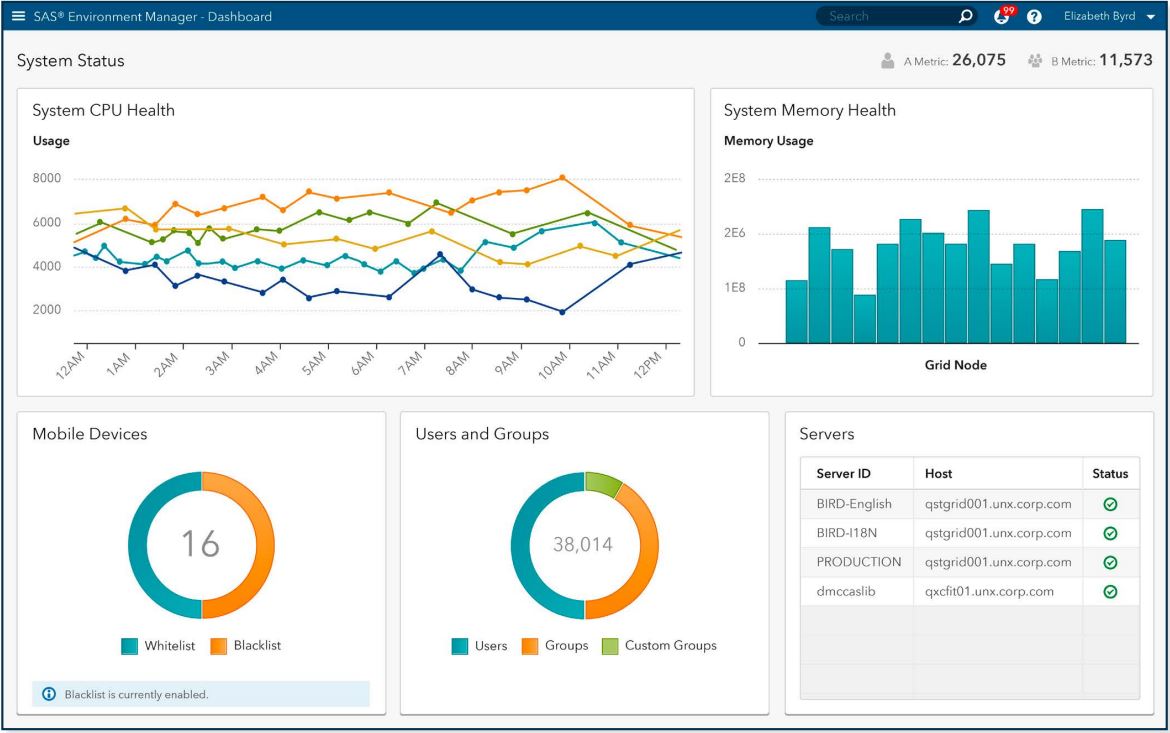 This is what the analytical environment offered by SAS Viya looks like. Screenshot: SAS.

According to a study by Forrester Research titled The Total Economic Impact of SAS Viya On Azure, companies deploying SAS Viya on Microsoft Azure have an average return on investment of 204% over three years. Thus, in less than 14 months on average, companies recover their investment and can generate profits.

This study was conducted by interviewing nine decision makers from six different companies to better understand their use of SAS Viya, what benefits they derive from it, and what risks they face when investing in the exploitation of this software. According to them, the tool improves productivity, the overall performance of artificial intelligence models while saving costs on the data analysis infrastructure that is done directly with SAS Viya.

Note that it has been more than two years, Microsoft and SAS are in partnership to expand and combine SAS’ cloud product line.

A partnership with Cosmo Tech for better supply chains

SAS is known for its network of partners called SAS Alliance. By allying with large technological companies, it tries to integrate its offer into that of its partner in order to improve their technological portfolio. Recently, the company has partnered with Cosmo Tech in order to address the difficulties that can exist in global supply chains.

By leveraging the analytical skills of SAS and those of Cosmo Tech around simulation and digital twins in supply chains, the two firms will try to offer their customers the means to rely on data and technology. to build resilient supply chains.

By leveraging the digital twin concept to digitally replicate this supply chain to test its resilience to the unexpected, SAS and Cosmo Tech will develop a solution to build supply chains with a low risk of failure. 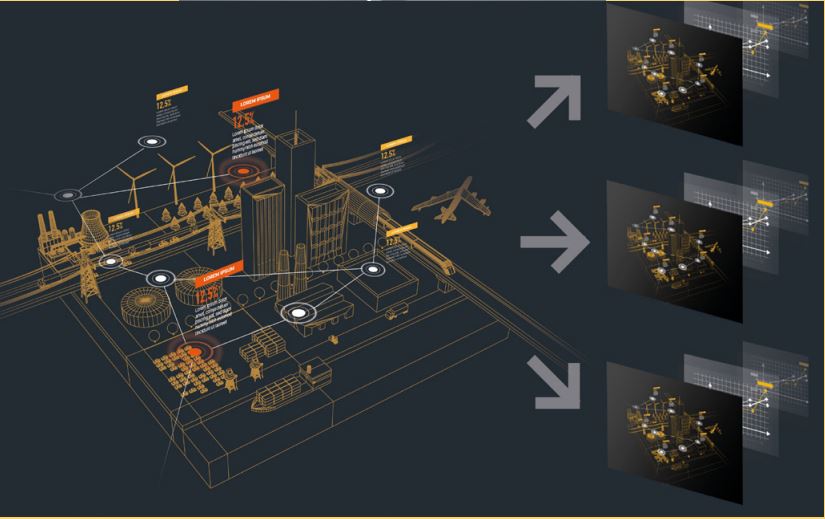 A solution with the use of digital twins will allow future customers to test all possible and imaginable scenarios that can occur in a supply chain and thus collect all the data necessary to optimize the chain as well as possible. Picture: SAS.

The long-term objectives will be to maintain production quality, limit the waste of raw materials, control production costs and margins, but above all, anticipate risks to better manage any disruption in the supply chain.

” The combined technologies of SAS and Cosmo Tech enable customers to understand in real time not only how organizations are behaving, but also how they will behave, even in situations they have never experienced before. explains on stage Hugues de Bantel, co-founder and CEO of Cosmo Tech.

SAS 360 Match: how to compensate for the drop in the number of SVOD subscriptions?

For the first time in nearly 10 years, Netflix has announced that it has lost subscribers in its first quarter of 2022.” We’re seeing an increase in churn and churn from video-on-demand services explains Steve Perks, Head of Advertising Technology for SAS. ” At the same time, we are seeing a shift to fully or partially ad-supported offerings he adds. Thus, several video-on-demand (SVOD) services are considering offering a VOD offer financed (in part or totally) by advertising (AVOD), such as what Rakuten TV for example.

RakutenTV is one of the AVOD offers available in France and also offers a paid VOD service. Screenshot: RakutenTV.

Taking this observation into account, SAS has decided to offer a solution to help these players implement appropriate monetization strategies. Called SAS 360 Match, this cloud-based advertising delivery platform is integrated with its customer data platform (CDP). It is thus possible to plan its marketing strategy, to use technologies to optimize the customer journey (advertising, marketing engagement, conversion) to offer a wide variety of advertising products and economic models.

The solution was notably tested on the media market in the Czech Republic: “ We have had tremendous success with the SAS 360 Match ad server in the Czech market, establishing partnerships with five of the top ten Czech publishers says Matej Novak, CTO of Cruxo and former CEO of the Czech Publisher Exchange.

Helping children improve their baseball skills with the Batting Lab

Finally, SAS does not hesitate to take an interest in the world of sport. The company launched The Batting Lab, a huge interactive and connected room dedicated to baseball batsmen. Using AI, computer vision and Internet of Things (IoT) technologies, teams can analyze a young baseball player’s every move to improve their hitting style.

” The use of statistical data is now a requirement in many fields. I know I wouldn’t have a career in a baseball front office without an understanding of data and analytics explains Sig Mejdal, assistant general manager of the Baltimore Orioles, a major league baseball team in the United States, former NASA engineer and expert in sabermetrics, a discipline concerned with statistical data in the world of baseball. . 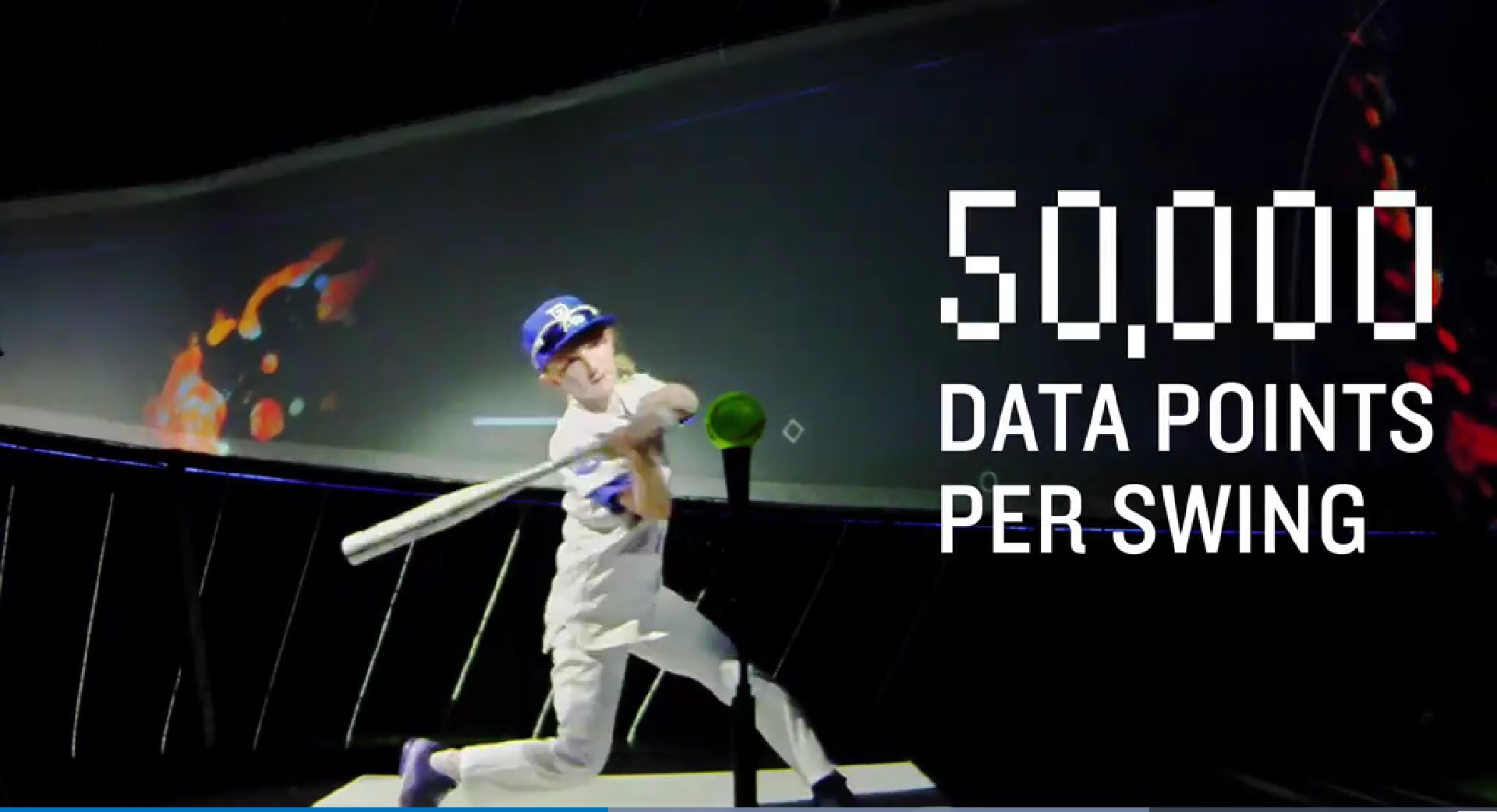 During a batting, all the sensors and cameras present in The Batting Lab collect nearly 50,000 data points. In a single session of around 50 swings, this can represent almost 2.5 million analyzable data points. Screenshot: SAS.

In the world of baseball, data has been used for several decades to recruit players based on their qualities and specialties (best batters, best receivers, best runners, etc.). It was thanks to Billy Beane, former general manager of the Oakland Athletics baseball team, that this recruiting strategy was popularized. She was also the subject of a film, Le Stratège, released in 2011.

All of these announcements confirm SAS’s ambition: to make the most of new technologies (cloud, machine learning, artificial intelligence, computer vision, digital twin, simulation, etc.) to offer quality data analysis, at the service of its customers, so that they can make the right decisions.

What announcements at SAS Global Forum 2022?