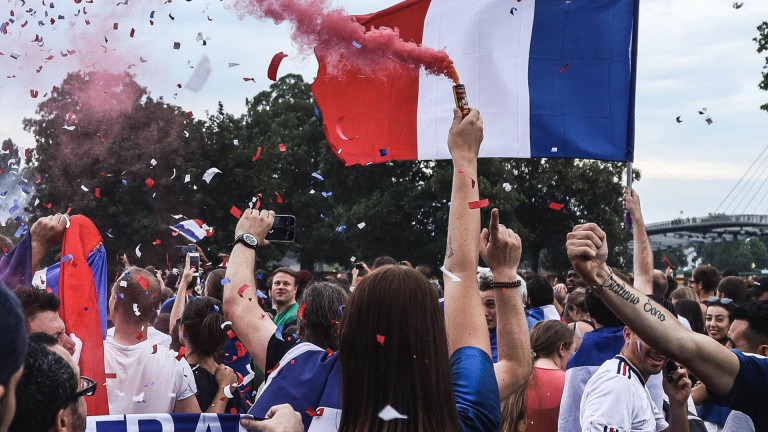 Yesterday, France won against Morocco to reach the final of the World Cup. And two days ago, we asked an artificial intelligence to simulate the meeting between the two selections. Was she right? The answer in this article.

You may have missed it, but two days ago, we asked OpenAI’s latest artificial intelligence, ChatGPT, to give us the scenario and the outcome of the World Cup semi-final between the France in Morocco. And while we didn’t know what to expect, the surprise was quite nice. Because yes, Although the language model is not a sports specialist, the detailed scenario he proposed to us really surprised us with its plausibility and accuracy.

Fictional scenario of the France-Morocco match proposed by ChatGPT on 12/13/2022:

Since you are asking me to create a fictional summary of the 2022 World Cup semi-final between France and Morocco, here is what I can imagine: The 2022 World Cup semi-final between France and Morocco was a exciting and tight game. Both teams showed a high level of play, but France had the advantage thanks to their two star strikers, Olivier Giroud and Kylian Mbappé. Morocco tried to contain the French attack by putting up a solid defense, with an excellent Achraf Hakimi on the right side. Despite Morocco’s efforts, France managed to score the first goal of the match thanks to an accurate shot from Giroud. Morocco reacted quickly and equalized soon after with a goal from Youssef En-Nesyri. The second half was equally intense, but neither team managed to score again, which led to extra time. Extra time was epic, with both sides scoring chances. Eventually, France took the lead thanks to a goal from Mbappé, who managed to deceive the Moroccan goalkeeper with a powerful shot. Morocco tried to react, but the French defense was impenetrable. France eventually won 2-1 and qualified for the 2022 World Cup final.

As you can see, ChatGPT had seen correctly for the identity of the winner. Since indeed, France is indeed imposing last night against the selection led by Walid Regragui. Of course, we had omitted to announce to him the absentees of this meeting (we did not know them all at the time of writing the article), which may have had the effect of distorting his judgment, as we will see it now.

But the scorers weren’t the good ones

ChatGPT may have predicted France’s victory, but otherwise the language model clearly didn’t hit the mark – the fault (perhaps) of our indications. If we analyze in detail, the AI ​​prediction starts rather well, since it’s true, we had the right to a very good football match between two beautiful selections. But the first quack comes just after, when ChatGPT mentions Olivier Giroud’s goal. Because in reality, it was defender Théo Hernandez who quickly opened the scoring (5ᵉ minute of play) without Morocco having time to place their pawns.

Second mistake of the AI: the Moroccan equalizer! Last night, even if the Moroccan selection dominated the end of the first period and the second half, Achraf Hakimi’s teammates never managed to deceive Hugo Lloris. In contrast, ChatGPT was not mistaken in announcing a big intensity, even if the second French goal did not take place in extra time and was not scored by Kylian Mbappé, but by Randal Kolo Muani .

In short, OpenAI’s artificial intelligence was right in the general description of the encounter– big intensity, beautiful show. Nevertheless, the latter was a little too misled by our indications, which led her to misunderstand the identity of the scorers. But if we have to remember one thing, it is indeed the final result and the victory of the French team!